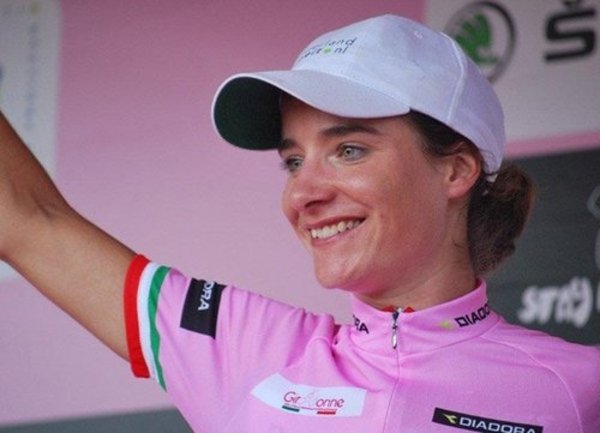 Right on the heels of her first win of the cyclocross season on on Friday, World Champion Marianne Vos (Rabo-Liv Women Cycling Team) won the Superprestige cyclocross race in Diegem, Belgium today.

Vos succeeded in jettisoning her teammate, French Champion Pauline Ferrand-Prévot, during the final lap, while Czech Champion Katerina Nash (Luna Pro Racing) finished in third place – following a crash that caused her to lose contact with the two leaders.

Today’s race, saw Ferrand-Prévot, Chainel-Lefevre and Sophie de Boer off to a good start. However, de Boer quickly lost ground with her rivals, and later abandoned the race.

In the meantime, Vos, Nash, Van Loy and Harris eventually made contact with the French leaders – to create a lead group of six.

However, toward the end of the first lap, Vos and Ferrand-Pévot managed to create a slight gap over the rest of the lead group.

Meanwhile, Nash continued to chase in earnest, with Harris and Van Loy a bit further back.

Nash eventually caught up with Vos and Ferrand-Pévot at the  halfway point, while Harris suffered a mechanical problem.

At that point, the three leaders had established a comfortable lead over Van Loy, who was well ahead of Chainel-Lefevre and the Italian riders Eva Lechner and Elena Valentini.

As the race entered into the second half, Ferrand-Prévot took up the pace setting at the front. It was then, that  Nash crashed head-first into the barriers, subsequently losing contact with the lead duo.

Heading into the last lap, Vos and Ferrand-Prévot continued to  dominate the race, which had now become to a battle between the two Rabo-Liv riders.

In the meantime, Nash was still clinging onto third place, while  Van Loy was ahead of Lechner and Chainel-Lefevre.

As the race headed into the final lap. Vos attacked her teammate with a fierce acceleration, leaving Ferrand-Prévot struggling to stay on the Dutch rider’s wheel.

Vos would ultimately open up a slight gap over her teammate, that would hold until the finish.

Back in the chase, Nash later crossed the line almost a minute down on the leaders, followed by Van Loy, who finished more than half a minute ahead of Lechner and Chainel-Lefevre.