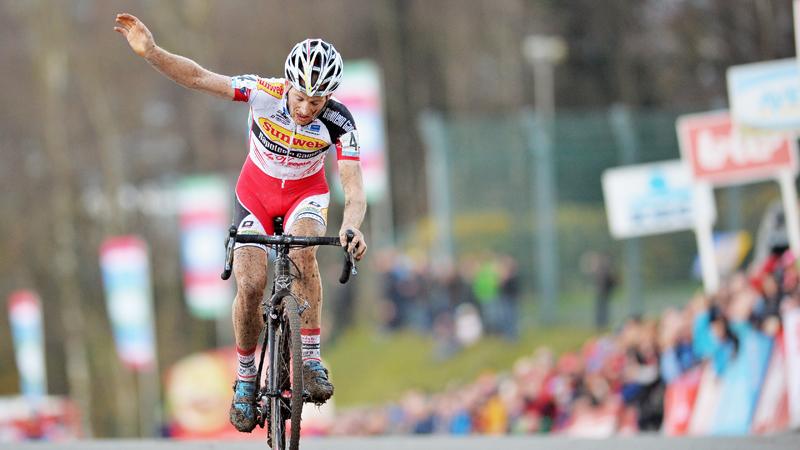 On a course that was ideally suited for him, Kevin Pauwels won the first edition of the Superprestige at Spa-Francorchamps today, after escaping with Lars van der Haar, only to drop his breakaway companion in the final lap – to claim the victory.

The course suited Pauwels down to the ground, so it was no surprise that the Belgian rider took his second Superprestige victory in the maiden edition of the race.

Just before the hallway point, Pauwels and Lars van der Haar were able to distance their rivals, And, from there it became a two-rider battle, with Pauwels constantly applying pressure, as van der Haaar was forced to hang on for dear life.

However, when the duo entered into the final lap, van der Haar continue to remain competitive.

Indeed, in a last attempt to shed Pauwels, Van der Haar initiated an attack – as both riders crossed the finish line during the penultimate lap.

However, Van der Haar’s gamble proved to be too much, as his bike slid out from underneath him.

From there, Pauwels seized the opportunity – subsequently creating a slight gap over van der Haar – that continued to increase until the finish.

Meanwhile, Tom Meeusen finished the race in third place. The Telenet-Fidea made a strong showing at the start of today’s race, but a puncture early on forced him into the pits.

Still, Meeusen made an impressive comeback to rejoin the main group. But, his extended effort seemed to cause him to miss out, when Pauwels and van der Haar decided to ride clear.

Unfortunately, overall series leader, Sven Nys, suffered a bad day. For the second day in a row, the Belgian champion was far off the pace, rolling across the finish line in 8th.

As a result, Nys slipped to fourth place in the overall standings, 3 points behind Pauwels and van der Haar who now share the lead.