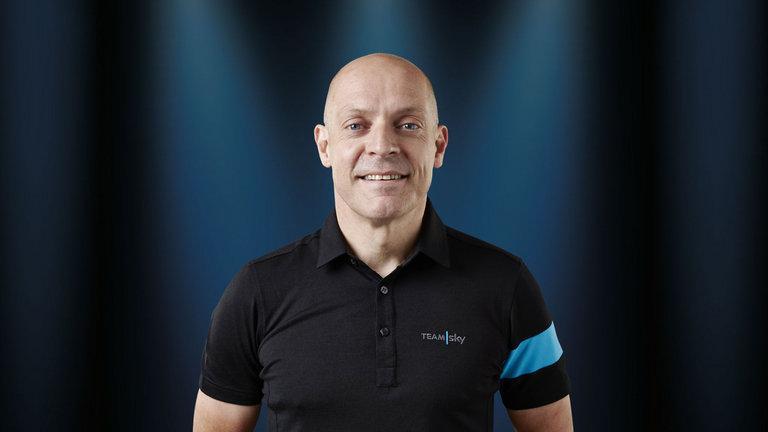 On the fifth anniversary of its launch, Team Sky has today set out its ‘2020 Vision’ for the next five years.

“The first chapter of Team Sky was successful. We set out to win the Tour de France, to do it clean and to do it with a British rider. We have done that twice. And we have helped inspire a million more people in the UK to take up cycling.

“Our mission for 2020 is very simple – for Team Sky to be indisputably and consistently the best cycling team in the world, and to be viewed as one of the very best sports teams in the world.

“We will do that by winning more races in the next five years than we did in the past five years. And do that consistently in Grand Tours as well as classics and Monuments.

“Our vision is to continue to play a leadership role in charting a better future for this great sport of ours and changing the culture that so damaged it. That means continued leadership on anti-doping. But much more than that, we want Team Sky to be at the cutting edge of innovation and a reference point for excellence in human performance.

“And the purpose of all this is very simple – to do everything we can to make more people fall in love with cycling so it can have a positive impact on their lives.

Some of Team Sky highlights of the last five years:

– Sir Bradley Wiggins is close behind, with 23 wins in Team Sky colours

– 15 British riders have been members of Team Sky

– Team Sky have raced in 21 countries across the world, including four continents

– Team Sky has the biggest following of fans in cycling

On the fifth anniversary of Team Sky, Team Principal Sir Dave Brailsford shares his vision for the next five years – “2020 Vision”.

It is five years since Team Sky was created. It is a good time to look back five years to the start of our journey in 2010 and an even better time to look forward to 2020 and the next big steps we hope to take.

Today is not about giving all the detail. That will follow over the coming months. What it is about is setting the broad direction to achieve our ‘2020 vision’.

When we first set out our objectives for Team Sky, they could not have been clearer.

To win the greatest bike race in the world, within five years, to do it with a British rider, and do it clean. And in doing so to inspire a million more people to take up cycling.

We met all of our objectives – ahead of schedule. We won the Tour de France twice. We won 165 races in total. We won them clean. We played a big part in the revolution of cycling as a great participation and spectator sport, especially in the UK, Team Sky’s home, but elsewhere too.

The fact that we did manage to meet all of our objectives, on one level, is great. But in a culture like Team Sky’s, which is built on constantly asking if we could do better, success means never resting on our laurels. I am immensely proud of the team but it is in our DNA always to think that we could have done more and pushed the boundaries further.  And we learned a lot.

We learned that in a sport as competitive as this, you never stay ahead for long. So we must innovate better, smarter and faster.

We have learned massive amounts about human performance, but there is still so much more we can do, and the opportunity for collaboration is vast.

We also learned just how much people love cycling and how many more can fall in love with the bike.

We learned about our role in education and drawing people into the passion of professional cycling.

Our 2020 mission is very simple – for Team Sky to be indisputably and consistently the best cycling team in the world – and to be viewed as one of the very best sports teams in the world.

But alongside that, and just as important, our vision is to play a leadership role in writing the next chapter for this great sport of ours: put the doping culture, and any tolerance of it, firmly into the past; write a future in which the world comes to see the best of cycling and acknowledges it for what it truly is:

– the ultimate stretch of human endurance and physical performance

– the ultimate marriage of human and mechanical performance.

For me professional cycling is still poorly appreciated – the athleticism and application of riders over sustained periods is unparalleled. And that is the tragedy of doping – it undermines a magnificent sport and belittles the achievements of the world’s finest athletes. I want Team Sky to continue to help chart a brighter future for the sport.

So on the road to 2020: the three cornerstones of Team Sky remain exactly the same as they were five years ago:

Winning – we have to win the biggest races in the world consistently.

Performance – we have to innovate to push the boundaries of human performance and do it clean.

Inspiration – we have to make more people fall in love with cycling.

What is very different for this next chapter is the level of our aspiration and the ambitions for each element.

The hunger is even greater to make sure that the next five years are even better than the last five years.

If we are to be seen as the best cycling team over a decade, then we need to match those words with deeds that see medals round necks, and Team Sky riders on podiums wearing the famous jerseys of our sport.

In 2020 when we look back over the decade we want Team Sky to be seen as the most consistent and successful Grand Tour team as well as one that is regularly winning Classics. It means more success over the next five years than the last five.

In short it means becoming the most complete global team, but a team with British roots that is continuously developing the best talent.

Certainly, we want to enter every race as the best prepared and most focused team. A team that has done everything conceivable to allow our riders to achieve their maximum potential. If we do that we will win races, including the greatest races in the world.

We want Team Sky to be at the cutting edge of research and innovation – a reference point for excellence in human performance. We have gathered so much knowledge that we can use now and in the future, but that others can use too. We will have more to say about this in the course of the year.

It means that over the coming years teams from other sports increasingly look to us for the methods and the thinking we use. A bit like now, we might look to F1 or the All Blacks or other great teams in sport.

It means too that we start to apply some of our thinking to other sports and even other industries, again as F1 has done for some years.

And we want to continue to play a leadership role in charting a better future for this great sport and changing the culture that so damaged it. That means continued leadership on anti-doping.

Our ultimate purpose is very simple – to do everything that we can to make more people fall in love with the sport so it can have a positive impact on their lives.

Cycling is an amazing sport as it allows everyone to experience the thrill of riding – from the child on their first bike to the keen amateur. It can be a force for good in so many ways from health to the environment and the economy.

Cycling is growing fast. The opportunities are huge. We need to continue to lead the way and help make cycling the number one sport of choice for millions globally.

It means opening up the sport so people can appreciate it for what it is – the ultimate team sport and test of athleticism and endurance.

We are a data rich sport. In F1, data is part of the story. It has become part of the spectacle. It can be the same in our sport. Of course all teams have information about their riders, their strategies, their tactics, that they want to keep under wraps. Where you have or can develop a competitive advantage, you want to keep it. But that should not blind us to the mass of information we could make public, including in real time, in a way that would add to the media and spectator appreciation of the sport.

There is something spell binding about seeing a rider break away from the pack on a climb. But what if we could actually know what exactly was happening to the bike, and to the body pedalling it, at that time?

How much richer would the experience of following the sport be? Again, we will have more to say on this. The initiative with Velon is only the start – we applaud the collaboration between the professional teams to strengthen our sport through a shared vision to get more fans closer to cycling.