The Lance Armstrong Show Must Go On ! 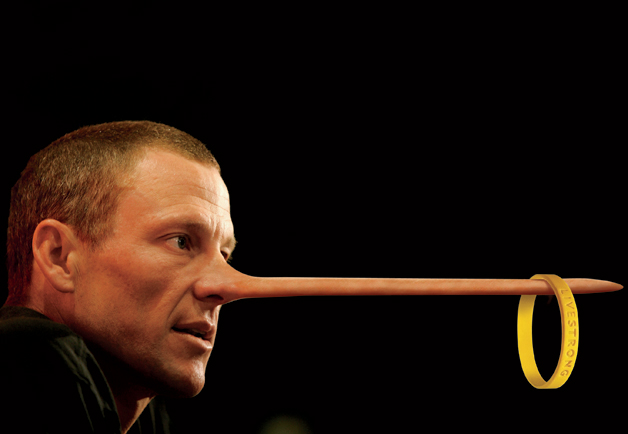 Lance Armstrong won a record-smashing seven Tours de France after staring down cancer, and in the process became an international symbol of resilience and courage. In a sport constantly dogged by blood-doping scandals, he seemed above the fray. Then, in January 2013, the legend imploded. He admitted doping during the Tours and, in an interview with Oprah, described his “mythic, perfect story” as “one big lie.” But his admission raised more questions than it answered—because he didn’t say who had helped him dope or how he skillfully avoided getting caught.

introduces U.S. Postal Service Team owner Thom Weisel, who in a brazen power play ousted USA Cycling’s top leadership and gained control of the sport in the United States, ensuring Armstrong’s dominance. Meanwhile, sponsors fought over contracts with Armstrong as the entire sport of cycling began to benefit from the “Lance effect.” What had been a quirky, working-class hobby became the pastime of the Masters of the Universe set.

Produced by Sony Pictures and now set to come out later this year from Sony Pictures Classics, Gibney’s film will be called “The Armstrong Lie,” Sony said Wednesday.

In 2009, Sony shifted gears, saying it would finance a documentary about the cyclist’s return from retirement, following him as he competed in that year’s Tour de France. Armstrong finished third, with worse news around the corner.

Last year, the US Anti-Doping Agency charged Armstrong with using performance-enhancing drugs. Armstrong was banned from the sport and stripped of his seven Tour de France wins between 1999 and 2005.