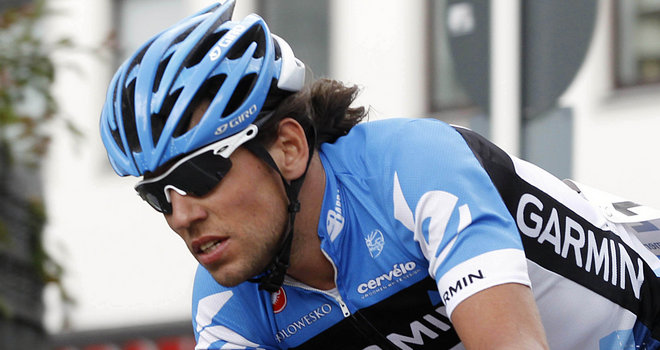 "The Power of the Hour"

"The Power of the Hour", that should be the catch phrase as of late, as another seasoned pro sets-up to tackle the infamous Hour Record.

Last month, Mattias Brändle broke Jens Voigt’s record, which the German rider set back in September, with a mark of 51.850 kilometers.

Dekker announced his plans during an interview with the Dutch newspaper, Algemeen Dagblad, following his return to cycling after serving a two-year ban for doping.

“It will be one of the hardest hours of my life, but that does not matter to me. I’m not afraid of it. The next few months I’ll put everything aside for it: I’m going to throw in everything I have in that one hour. And yes, of course I’m going to make it,” Dekker told Algemeen Dagblad.

Dekker has struggled to find sponsorship since his return from his ban. Garmin-Sharp team manager, Jonathan Vaughters, gave him a second chance in 2011. However, under the recent merger between the American team and Cannondale, Dekker found himself unable to secure a position.

“I have struggled in recent years. During training, I was flying, but in the races it never showed. Previously, racing went without saying, I did not think about it, but in recent years I thought it through too much. The confidence I once had slowly seeped away. It was a gradual process, “Dekker admitted in the interview.

Dekker said that he decided to attack the Hour Record on the day Garmin-Sharp broke the contract news to him.

“I was disappointed, but it also opened new doors. I’m not done with cycling, I’m done with a role in the margin. Look, I could be riding for a small Italian team, but were would that take me? The attack on the world record is something else. Ambitious and all or nothing: that suits me.”

As a result, Dekker’s Hour attempt will not be associated with a specific team, so he’s seeking partners to assist in his record attempt.

“We want to invite companies to join in and participate in the record attempt. The hour record is also combat for the best equipment. How do we give him the fastest bike? Which position is the most aerodynamic? Which helmet? Which paint? Which wheels? What is the fastest velodrome in the world? He is not attached to a team, a bicycle brand or a sponsor, so we are open to all ideas,” Dekker’s agent, Martijn Berkhout, told the newspaper.