Thomas Voeckler Struck By A Car 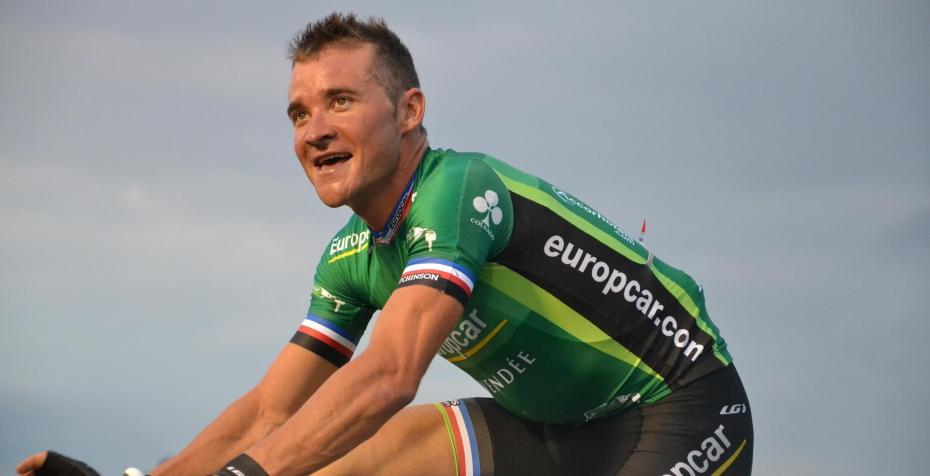 Thomas Voeckler has been hospitalized, after being struck by an automobile today, while riding before the start of this year’s Tour du Limousin.

Initial reports suggest, that Voeckler may have suffered a broken collarbone or a dislocated shoulder.

A photo posted on Twitter shows the French rider sitting on a curb, with blood coming from his left elbow, as he converses with a member of the Europcar team. Another photo shows a broken windshield of a car, where Voeckler appears to have struck.

This is not the first accident this season for the 34 year old rider, who collided with a parked vehicle ahead of this year’s Tour Down Under back in January –  which resulted in a broken right collarbone. In fact, the accident occurred just days after he had metal plates removed from his collarbone from a previous injury.

There’s every indication that Voeckler is now out of the Tour de Limousin, and it remains to be seen if he’ll be able to compete in the Tour du Poitou Charentes – later this month.