Thor Hushovd to Retire from Cycling 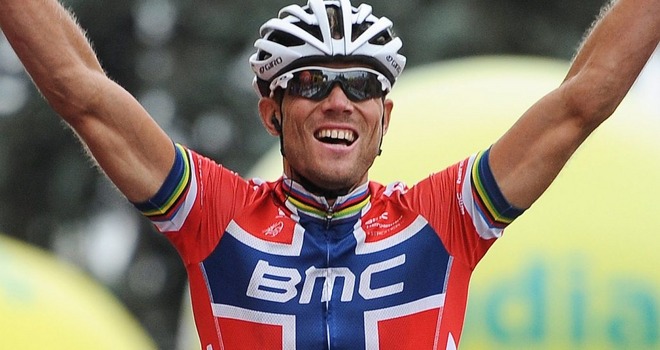 The Norwegian rider, indicated in a press conference this week, that he’s  been struggling with mononucleosis for some time, and the illness has had an impact on his riding both physically, as well as mentally.

“I’ve been knocked out by a virus that is a mononucleosis virus. I have pushed myself with the virus in the body. I’ve had some flashes, occasionally. It made me want to ride. But I’ve been too far down physically and mentally occasionally,” he told the assembled media at a specially convened press conference.

“Then came the questions some of you have asked me. Why bother with this, Thor? That is the question I asked myself. Then I found out that enough was enough.”

"Cycling is not the most important thing in life,” he said.

“Not everything in life you can plan and calculate. This decision I took too long ago, very long ago.

Hushovd will not ride in next month’s Tour de France, and plans to retire from the sport following this year’s World Championships in September.