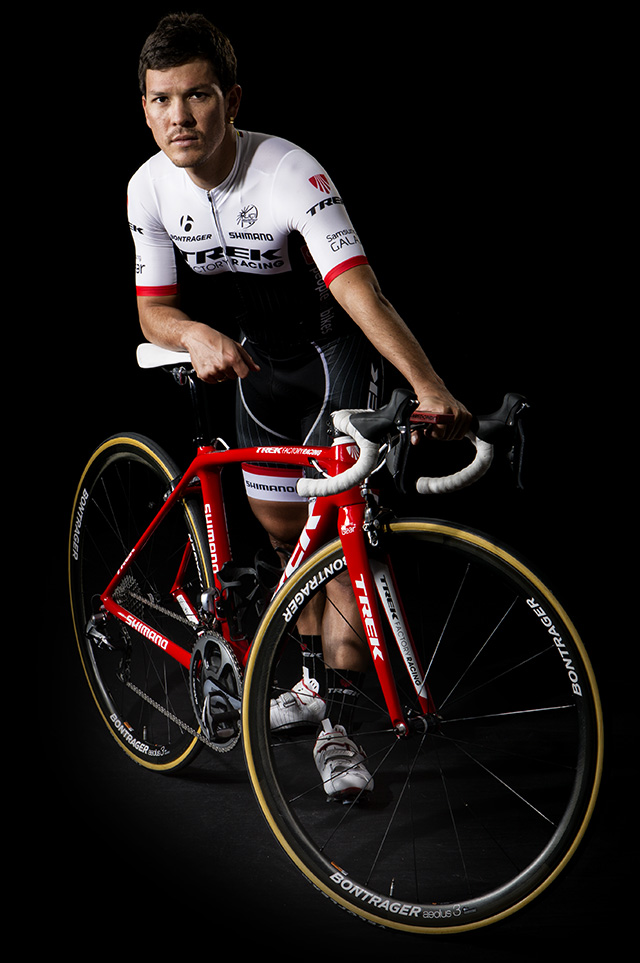 Initially, Trek Racing drew upon the input of fans worldwide to help design their new kit, and created it accordingly.

“The 2015 jersey is fast. It’s serious. It’s proud and classy. We listened to the fans and made changes to improve the visibility in the peloton," said Joe Vadeboncoeur, VP of Trek. "When paired with a white helmet and a viper red bike, our riders will be very visible. This is a kit that our fans can be proud to be seen in”, says Vadeboncoeur and added jokingly that ‘the UCI liked the jersey so much that they couldn’t keep it to themselves’, referring to the governing body’s Twitter post from the end of December.

“I like our new jersey a lot and I’m glad to see the return of the pin-stripes in the bottom part," manager Luca Guercilena said. "We made our mark with those stripes thanks to the #ShowYourStripes campaign. With the addition of a large white section on the chest and shoulders and the red bikes we will be a force to be reckoned with in the peloton.”