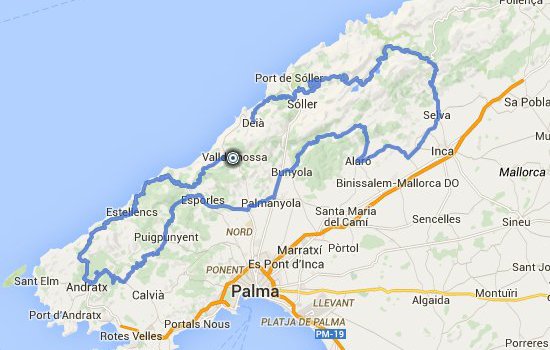 Alejandro Valverde (Movistar) claimed a solo victory in the Trofeo Serra de Tramuntana today – the third race in a series of four as part of this year’s Challenge Mallorca.

Valverde managed to ride clear of his breakaway companions, with more than 30 kilometers of racing still remaining.

Meanwhile, Tim Wellens (Lotto-Soudal) finished in second, while  Leopold Konig (Team Sky) followed right behind him – to round out the podium.

Following a move that was initiated by his teammates Jesus Herrada, Javier Moreno and Francisco Ventoso, Valverde was part of a 26-man breakaway group, that managed to ride clear of the peloton – at the 40 kilometer mark.

Also part of the breakaway, was Johan van Zyl (MTN-Qhubeka), along with his teammate Merhawi Kudus.

From there, the breakaway group built up a modest advantage of 2 minutes over the peloton.

With 60 kilometers remaining, Valverde and Herrada succeeded in riding clear of their breakaway companions, with only Kudus able to stay onboard with them.

The MTN-Qhubeka rider managed to stay with Valverde until the final ascent of the Puig Major, where the Spanish rider finally distanced the young Eritrean rider.

From there, Valverde quickly extended his lead to over 2 minutes on  the chase.

With 15 kilometers remaining, Wellens decided to set off in pursuit of Valverde – taking König along with him.

However, it was too late for the duo to catch the Spanish rider, who was still clinging to a one minute lead – as he crossed the line.

In other race news, Rory Sutherland was involved in a crash during the first 17 kilometers, which resulted in a broken collarbone for the Australian rider.

Sutherland crashed on the descent of the Coll d’En Claret, which led to the Movistar rider being taken away by ambulance to a local hospital.

“Not a great way to end January!!!! Broken Left Collar Bone for me. Such is life and plenty of time to heal!” Sutherland wrote on twitter. “Thanks to everyone for the kind words, I’m in good spirits, albeit a bit of pain. All part of professional sport #lookforward”

Sutherland will be transferred to his home in Girona on Sunday, where he will undergo further treatment.