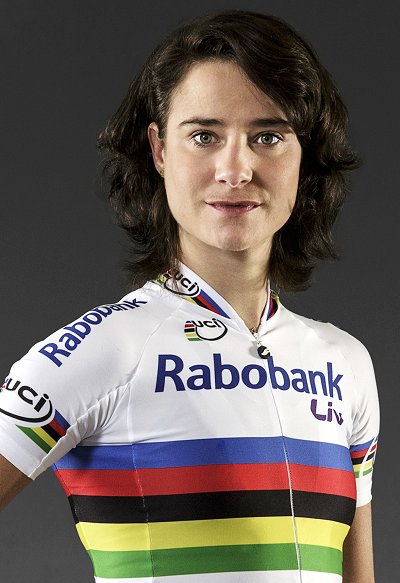 Vos and Prévot escaped early on in today’s race, with the Dutch rider quickly dropping her French teammate – not long after the start.

Unfortunately, Nash missed the initial move, and was forced to chase the two leaders during the first two laps.

However, it wasn’t long before the Czech rider would escape from the chase group to catch up with Prévot, And, from there, the two riders tried in earnest to reel in Vos.

As the race entered into the penultimate lap, Vos suffered a flat tire, which allowed Nash and Prévot to catch her. But, the Dutch champion proved that she still had enough left in her reserves to attack one last time on an uphill section – subsequently powering her day to victory.

Meanwhile, Nash crossed the line slightly ahead of Prévot, to take second place.

“I didn’t hope that it was so exciting but in the end it was a very exciting race for the spectators. I had a flat tyre but luckily I was able to change bikes,” Vos said after the race.

“I tried to attack earlier on and then Katerina Nash passed me on the uphill but on the final uphill I wanted to be in front. We came next to each other so we were very close. I was already happy with the second place in Namur but of course it is great to have a win in the World Cup.”

In the meantime, Sanne Cant managed to maintain her grip on the overall World Cup standings after finishing in 7th place, while American Katie Compton, failed to finish the race.

The European champion is now back into a comfortable 29 points lead over Compton in the World Cup classification.