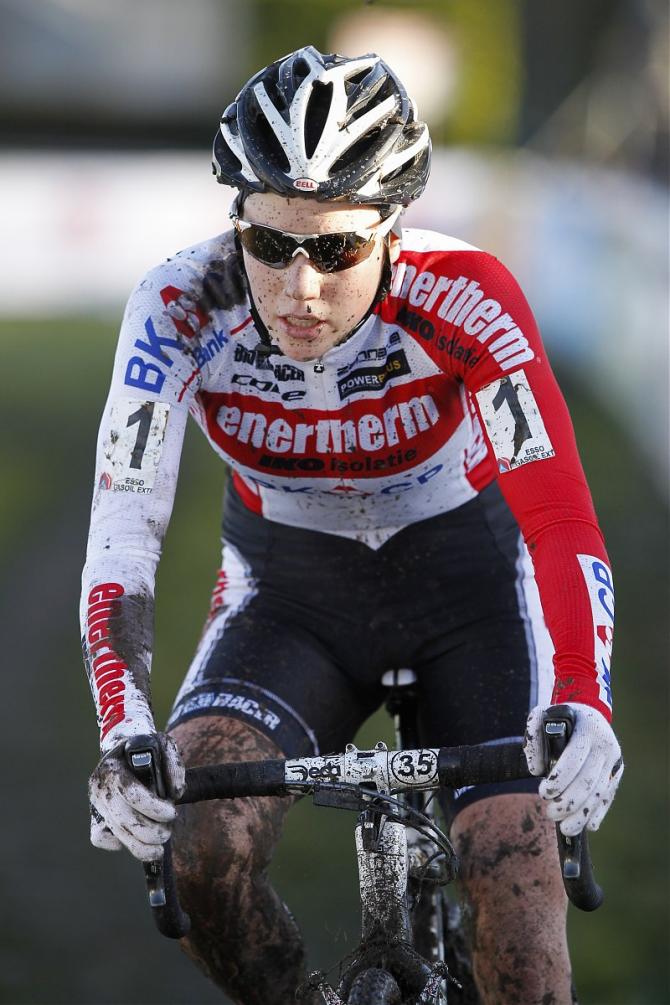 Kevin Pauwels (Sunweb-Napoleon Games) won the fourth round of the cyclocross World Cup in Namur, Belgium today, after distancing himself from Lars van der Haar (Giant-Shimano) and Philipp Walsleben (BKCP-Powerplus) during the final lap – to cross the finish line with a 10 second gap over his rivals.

A group of seven riders managed to ride clear of the field, early on in today’s race.

However, after 20 minutes of riding, the lead group began  fractionalize. As a result, Tom Meeusen (Telenet-Fidea) decided to initiate an attack of his own during the final 6 laps. From there, Van der Haar took up the chase in earnest – subsequently bridging himself to the Belgian leader.

In the meantime, third place began a battle between Corné van Kessel (Telenet-FIdea) and Pauwels, who remained slightly behind the two leaders.

With 5 laps remaining, Van der Haar faded from Meeusen, and fell back to join van Kessel and Pauwels in the chase.

However, as the race reached the half-way point, the determined trio ultimately pulled Meeusen back into the fold.

With four laps remaining, van der Haar decided to attack – quickly building up a slight gap over the chase, which had now jettisoned Meeusen from the group.

Shortly thereafter, van Kessel crashed on a right-hand corner – consequently losing out on any chance for a slot on the podium.

However, as the race enter into the penultimate lap, Pauwels had successfully reeled in van der Haar. From there, the two leaders traded positions back and forth at the front.

All the while, Walsleben capitalized on their indecision to attack one another, as he began to draw closer to the two leaders.

But, a final acceleration from Pauwels would distance himself from van der Haar, and also bring a close to Walselben’s chances of joining the two leaders.

As a result, van der Haar was forced to settle for second place, while Walsleben crossed the line a further 9 seconds later.

“Two races to go, it’s looking really good. The next two races are really made for me,” he said.