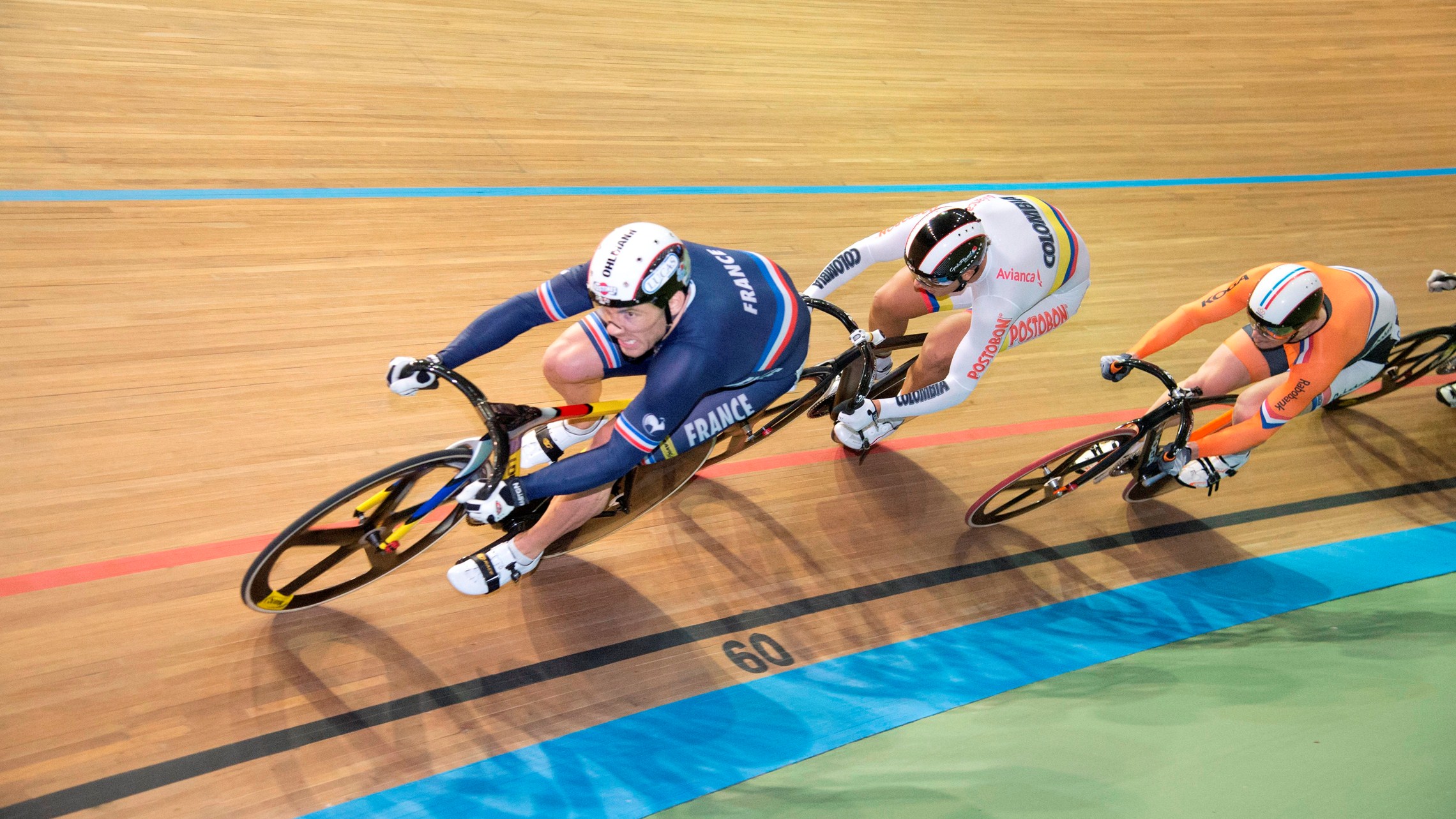 The Australians cyclists weep while the Brits rejoice. After their victory in the qualifier (4’00’’577), an unfortunate puncture in the first round of the Men Team pursuit shattered the hopes of the World Champions in this discipline. The British cyclists could not have wished for a better start in front of their own crowd. Steven Burke, Mark Christian, Owain Doull and Andrew Tennant rode to victory over the four kilometres in a time of 4’01’’151. New Zealand (Pieter Bulling, Westley Gough, Cameron Karwoski and Myron Simpson) had to concede defeat, taking second place. The Danes, with in particular Casper Pedersen (18 years old), Lasse Norman Hansen, Rasmus Christian Quaade and Casper Von Folsach climbed on the third step of the podium at the expense of Switzerland.

The British athletes have taken a great step towards victory in the Team pursuit in the UCI Track Cycling World Cup. After two rounds, they have 570 points, against 480 points for Australia, which has taken a knock on the London track. New Zealand is in third place with 480 points.

Eagerly awaited by the whole nation, the Pursuit team girls did not flag. In front of their own crowd, Katie Archibald, Laura Trott, Elinor Barker and Ciara Horne (who replaced Rowsell in the final) won the UCI Track Cycling World Cup at the London velodrome. The British foursome came home in 4’22’’194 in front of the Australians (4’24’’335). With a time of 4’24’’188, Canada dominated China and grabbed the third place on the podium.

The calculation is simple. After two rounds and as many victories, the Brits, with 600 points, are ahead in the Team pursuit in the UCI Track Cycling World Cup. Behind them, Canada and Australia have 510 and 480 points respectively.

Just over two years ago, Chris Hoy led his teammates Jason Kenny and Philip Hindes towards the Team sprint Olympic title. But Sir Chris has now retired from the track, and during the first evening of the UCI Track Cycling World Cup in London, his two former teammates had to be content with a modest seventh place. Victory went to the German trio made up of René Enders, Robert Forstemann and Joachim Eilers. With their win in the qualifiers (43’’700), the three men were impressive in the final, coming home in front of the Team Jayco AIS and the New Zealand World Champions. "We took some risks by changing the order of the riders for the final. But I think it was a good decision" stated Detlef Uibel, the German national coach.

Six weeks away from the final in Cali, the Germans take the lead in the Team sprint of the UCI Track Cycling World Cup. With 427.5 points, they are ahead of Great-Britain and New Zealand (360 points).

Two years later, a final identical to that of the London Olympic Games: Germany against China. However, unlike in 2012, it was the "Middle Empire" girls who dominated on the British track. At first declared the winners, Kristina Vogel and Miriam Welte were finally second. It was necessary to consult the photo-finish to decide which of the two teams arrived first. Tianshi Zhong and Jinjie won in 33’’010 against 33’’024 for the Germans! Russia with Ekaterina Gnidenko and Anastasiia Voinova are third in front of Team Jayco AIS with Stephanie Morton and Anna Meares.

Despite the second place of the day, Germany remains in first position in the Team sprint of the UCI Track Cycling World Cup, with 270 points. Russia and the Netherlands are on the provisional podium with 240 and 203 points respectively.

With four sprint victories, Eloy Teruel Rovira was a logical winner in the Points Race of the UCI Track Cycling World Cup in London. The Spaniard came in ahead of Kenny De Ketele from Belgium (34 points) and Eduardo Sepulveda from Argentina (31 points).

Having arrived second last year in Guadalajara, the Colombian Jannie Milena Salcedo Zambrano was the architect of a great win with her London victory. She arrived ahead of Lauren Stephens, the American cyclist, the only girl to finish the same lap. Katarzyna Pawlowska from Poland was third.