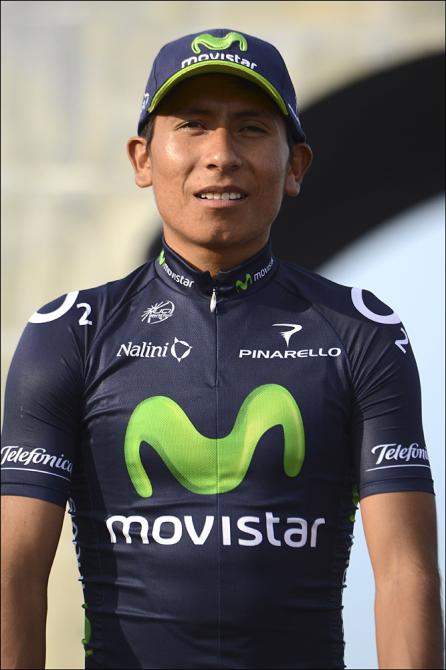 excerpts from Vuelta a Burgos

Nairo Quintana (Movistar) reaffirmed its 2013 triumph and has won the Vuelta a Burgos XXXVI. Colombia, in his comeback after several weeks and thinking of the Tour of Spain, gave a recital in the final time trial and took the purple jersey Dani Moreno (Katusha), whose spectacular performance in the last stage did not help to dethrone the champion Colombian and keep the purple.

The final time trial promotion Ages of Man, in Aranda de Duero offered a sensational show for cycling fans. Both Moreno Quintana as they surrendered to a superlative level, scoring almost the best times especialitas although not against the clock, and until the Spaniard crossed the line was not known who won a second round Burgos. The slightly better second half of the route marked by differences Nairo almost identical after a first intermediate point where Dani Moreno dreamed of the title.

Favorite went to tour with the reference Aleksejs Saramotins, IAM Cycling. The Latvian despite fourth out as one of the worst ranked overall, completed the route in 14’48 ", being the team to beat for the stage. His record was kept as the fastest to the end and became a sensational ‘roadmap’ to find the right cadence, the way to get on the bike.

Both Moreno Quintana bowled as well, with good vibes, straight on the bike, aerodynamic and close to their best feelings in the fight against the clock.At the midpoint of the 5 mile times were almost identical. Only 10/10 advantage in favor of Dani Moreno, virtually ‘flying’ on your bike.

Finally snatched Saramotins did not even win its partial Nairo Quintana, who entered with a record of meta 14’49 "a second behind the Latvian. Dani Moreno Nor could achieve the final victory and went for the second consecutive year, Colombia. Despite his sensational trial, time Katusha man was slightly lower, 14’52 ", and the final triumph was defined by just 3 seconds. A sigh for a historic round.

The podium was completed Janez Brajkovic (Astana), who moved to David Arroyo (Caja Rural) very stuck and fell on to eighth place overall. Fourth overall was the Italian Sottoli Neri, Matteo Abottini, one of the pleasant surprises of the Spanish round. Sergio Teal (MTN-Qhubeka) was fifth and Pello Bilbao best Caja Rural sixth.