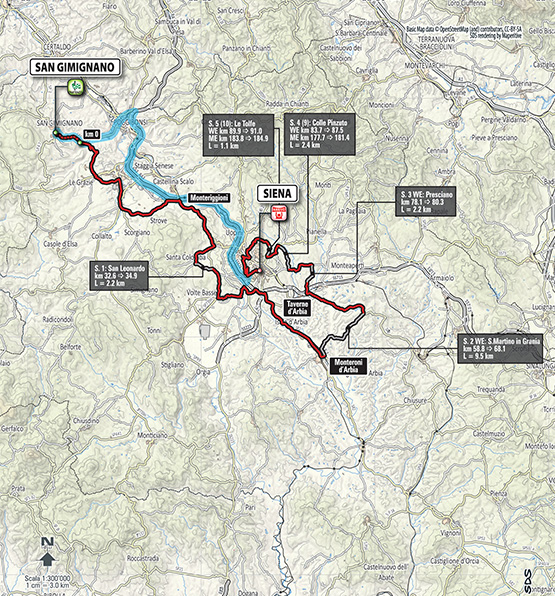 RCS Sport, announced details of the women’s Strade Bianche, which will take place on the  same day as the men’s race on March 7.

The women’s race will start an hour and a half before the men’s event, and it will cover over 103km, with the opening 33km and final 20km the same as the men’s race, to include a challenging stretch of 17km of gravel tracks.

Since its introduction in 2007, the Italian race has become extremely popular by virtue of its nostalgic, unpaved ‘white roads’, that span from San Gimignano to Siena.

RCS Sport Cycling Director Mauro Vegni said: “We are very proud to be able to announce today the birth of Strade Bianche Women Elite, which is going to enrich a movement in continuous development and show how RCS Sport continues to invest in the cycling world.

“The men’s race, now in its ninth edition for instance, has become a world class classic in just a few years. We like to call it ‘The northern classic of southern Europe’ in one of the most beautiful areas of Italy, finishing in the unique scenery of Piazza il Campo.”

“I would like to anticipate too a great initiative for sportive and active cyclists, the Gran Fondo Strade Bianche, which will be held on Sunday and will be announced in all its details in a separate dedicated press conference. I would like to thanks all the people involved in these projects for all their constant support.”