A Global Rise in Cycling Could Save Cities Trillions in Infrastructure 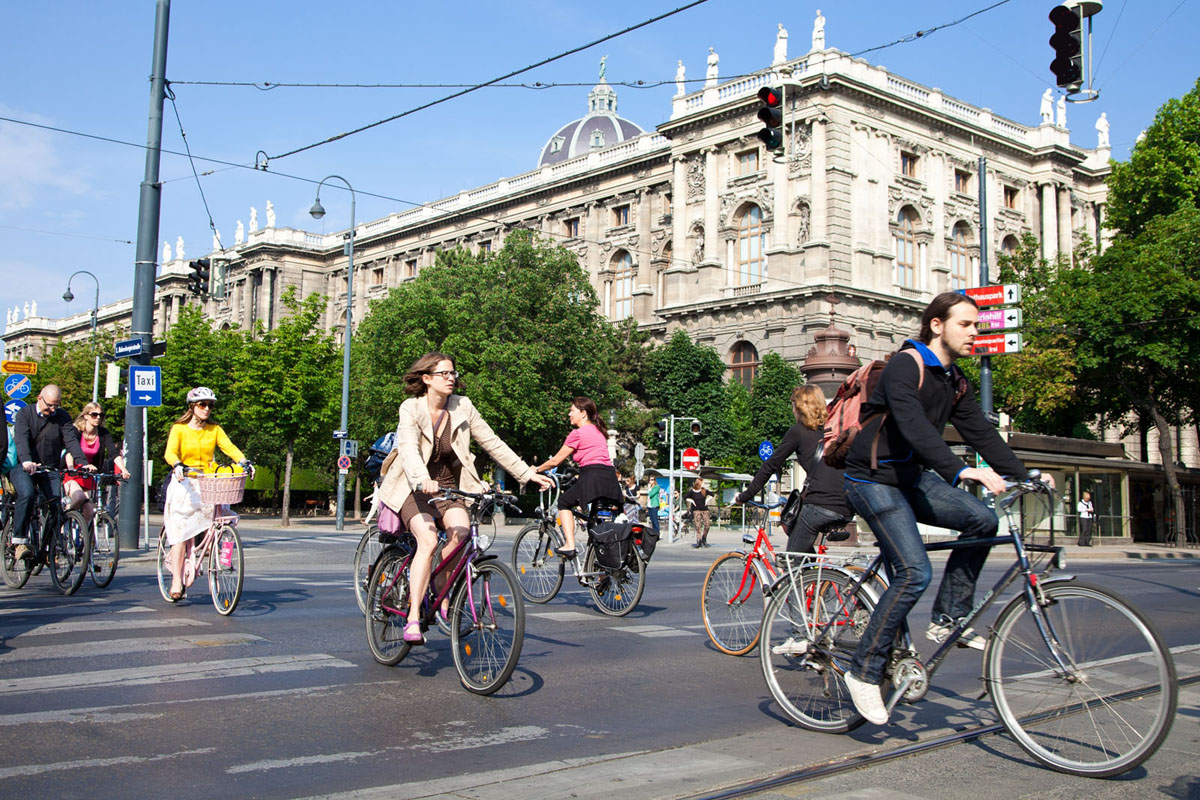 The incredible potential of increasing cycling globally, was captured for the first time in a scientific study carried out at University of California, Davis (UCD) and the Institute for Transportation and Development Policy (ITDP).

Indeed, a Global High Shift Cycling Scenario shows that cycling and e-bikes could cut energy use and CO2 emissions of urban transport by up to 10% by 2050 – compared to current estimations, while saving urban trillions of dollars in roadway infrastructure.

The report was commissioned by the Union Cycliste Internationale (UCI), the European Cyclists’ Federation (ECF) and the Bicycle Product Suppliers Association (BPSA).

“This is the first report that quantifies the potential CO2 and cost savings associated with a world-wide shift toward much greater use of cycling in urban areas,” said report co-author Lew Fulton, co-director of the STEPS Program within the Institute of Transportation Studies at the UCD. “The estimated impacts surprised me because they are so large. The costs saved in lower energy use and reducing the need for car travel, new roads, and parking lots through 2050 are substantial.”

According to the study, the right mix of investments and public policies can bring bikes and e-bikes to cover up to 14% of urban miles by 2050 – ranging from about 25% in the Netherlands and China to about 7% in the U.S. and Canada. The potential is enormous when considering that typically more than half of all urban trips around the world are less than 6 miles and can potentially be made by bike. Savings of around $25 trillion could be achieved through obviating the need for new major highways, parking facilities and the maintenance of existing infrastructure to accommodate forecast growth in road traffic.

“This is an excellent study; worthy to be used worldwide for getting cycling in all policies across the globe at all levels, from local to international. We need to unlock the potential,” said Dr. Bernhard Ensink, Secretary-General of the European Cyclists’ Federation.

“Cycling is a crucial means of transport for millions of people around the world,” says Brian Cookson, President of the UCI. “This report demonstrates that, if more governments followed good examples like the Netherlands or Denmark to make their cities better for cycling, we’d see huge benefits from lower carbon emissions, hugely reduced costs in transport infrastructure and potentially safer, healthier places.”

“This study shows the profound impact that cycling can have in developing countries like India and China, where much of the infrastructure has yet to be built,” according to Jacob Mason, co-author of the study.

“Building cities for cycling will not only lead to cleaner air and safer streets – it will save people and governments a substantial amount of money, which can be spent on other things. That’s smart urban policy.”