A Look Back at the Tour de Trump 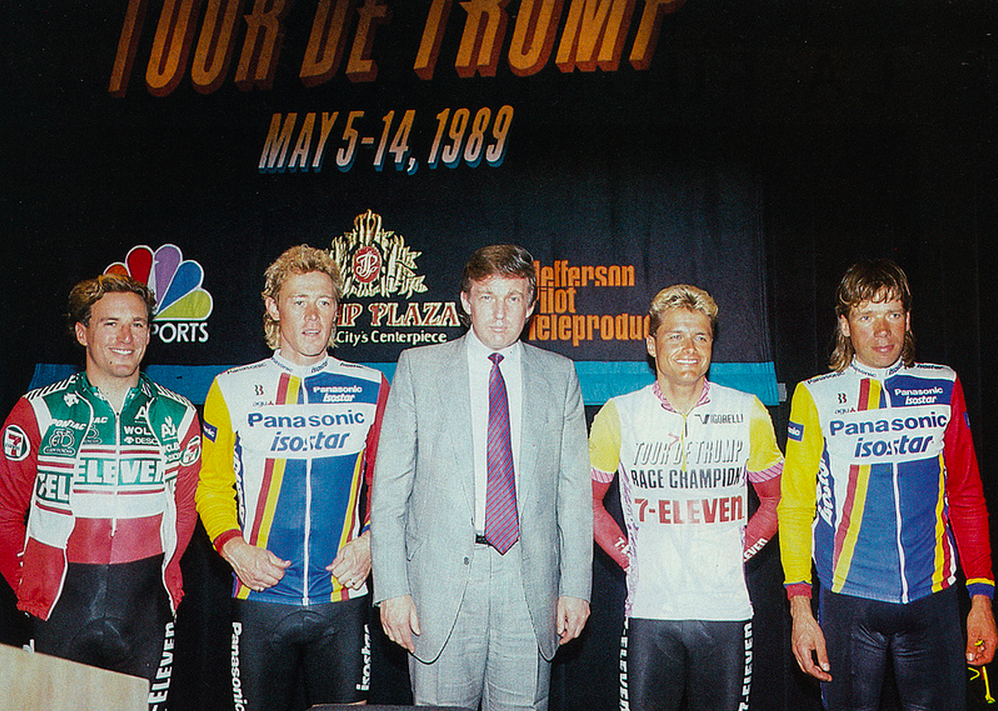 Now that the never to be taken seriously, Donald Trump has entered the 2016 Presidential race, it made me harken back to the time when the gregarious tycoon threw his hat in another ring – world class cycling.

The Tour de Tump was first organize in 1989, and went on to run for one more year, before it was replaced by the Tour Dupont.

The 1989 race featured 10 stages, which began in Albany, New York, and reached as far away as Arlington, Virginia as a host city.

The 1990 race, represented the Tour de Trump’s best efforts at rivaling a Grand Tour event, with 13 stages that spanned the eastern seaboard, all the way up to Northampton, Massachusetts.

Whether the Tour de Trump was both a sporting and financial success, has remained a topic of debate amongst cycling pundits for years.

However, one can be assured, that it was but another egomaniacal feather in Trumps’s cap.

Who know’s, if elected President, maybe “The Donald” can right the political and economic wrongs of this country ? He certainly doesn’t have any heavy footsteps to follow in.

Wow, check it out, Donald had hair back then, and Greg LeMond actually had a waistline!