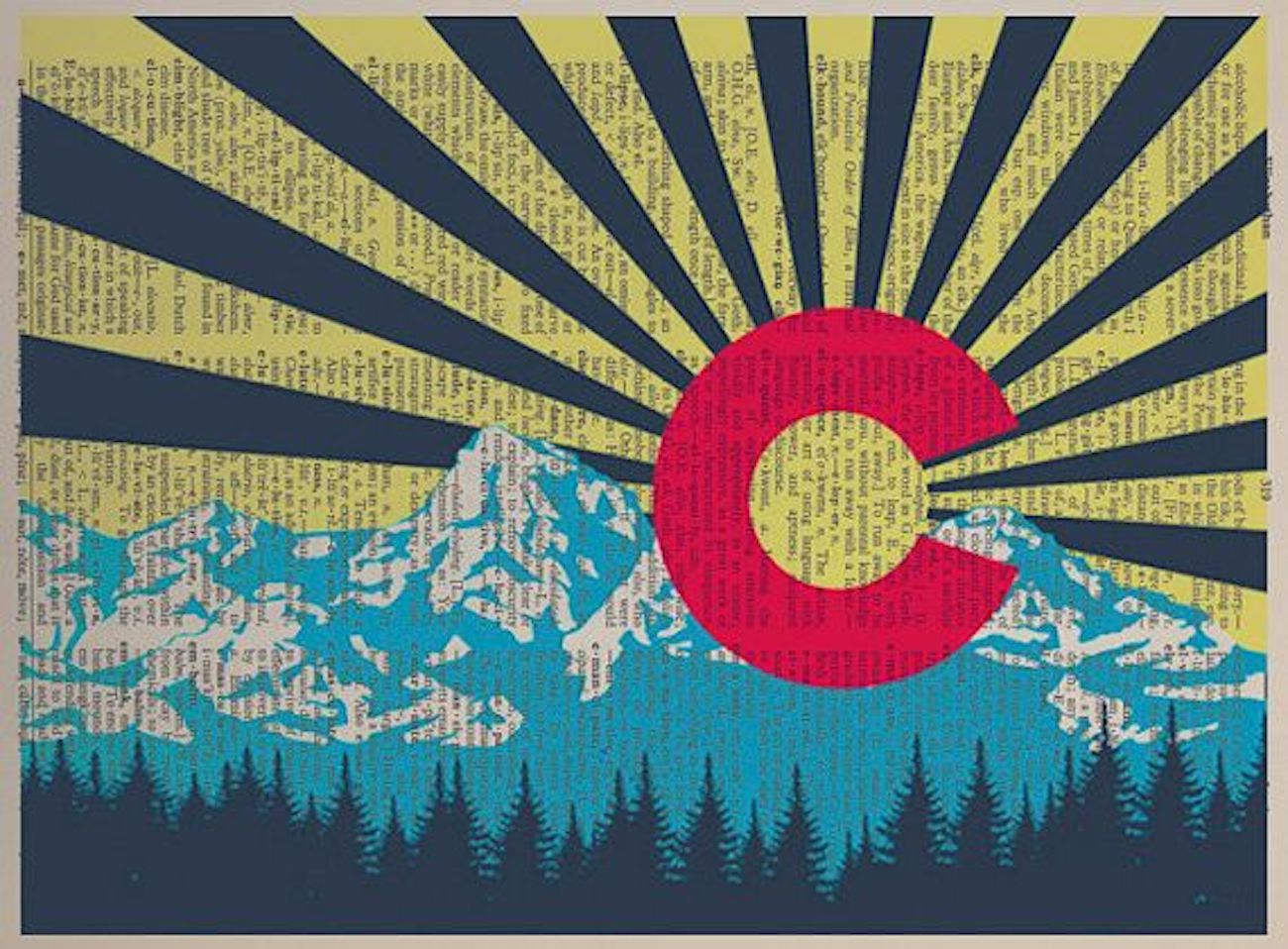 Professional bike racing has been a staple in Colorado for decades. After a number of successful years of international racing with the Red Zinger and the Coors Classic events in the 1970s and 1980s, top-level pro bike racing blossomed again with the US Pro Cycling Challenge from 2011 through 2015. Top WorldTour teams and racers like Chris Froome and Peter Sagan participated, and for one week Colorado was the center of international bike racing. But all of these events suffered from the omnipresent challenge of sustaining the requisite funding and sponsorship – and all eventually folded. The latest iteration, the Colorado Classic, was inaugurated in 2017 – again boasting an international roster of men’s and women’s teams contesting a multi-day stage race across the state. This time the event was held in conjunction with the Velorama music festival, as part of “an integrated mission to return pro bicycle racing to Colorado in a sustainable way, and with meaningful social impact while showcasing Colorado.”

But disappointing turn-out and continuing sponsorship challenges caused the organizers of the Classic to rethink their basic model after the 2018 edition of the race. Early this year the organizer, RPM Events Group, took the unexpected step of announcing that they were eliminating their men’s race and the corresponding Velorama music festival, to focus on running a women’s-only, multi-stage race from August 22-25 in 2019. Stage routes will be hosted by the towns of Steamboat Springs, Avon, Golden, and downtown Denver. While the cancellation of the pro men’s race – in the heart of one of the real cycling hotbeds of the United States – was disappointing, the reality was that it had never been able to recreate the impact of the earlier men’s races.

By pivoting and transforming the race into a women’s-only showcase, RPM is attempting to reframe the conversation around the event – to focus on moving the sport toward gender equality and simultaneously cutting costs to make the event financially sustainable over the longer term. As RPM head Ken Gart said when the announcement was originally made, the event’s ability to impact men’s cycling was minimal, but its ability to impact women’s cycling, even with a lower budget, is significantly higher.

The race will now be able to offer significant prize money awards to the top finishers – an amount the organizers suggest is one of the richest purses in women’s cycling. And instead of paying hefty fees to broadcast the race live on terrestrial cable, RPM plans to stream the event with a syndicated digital feed. This should allow them to sidestep the costly “pay-to-play” television time buys while potentially exposing a wider audience than would be able to watch the event on TV. By virtue of these changes, the race organizers hope to gradually turn the event into one of the key stops on the pro women’s international racing circuit.

As we have pointed out previously, women’s cycling tends to suffer from a more extreme version of many of the same well-documented issues that plague the men’s side of the sport – sponsorship sustainability, a lack of consistent access to live broadcasts, weak athlete participation in the governance of the sport, and the general difficulty of building a sustainable economic and governance model for survival. However, because it is a smaller sport, and a newer sport that is not as institutionally constrained by decades of iron-bound legacy as the men’s sport, women’s cycling has the current opportunity to rewrite the basic premise of the sport.

With this in mind, it is promising that RPM has switched gears in an attempt to create a world-class women’s event. And in addition to pushing for the general theme of gender equality in sports, a women’s-only event also presents the opportunity to improve the event’s financial fortunes, and allow it to become a more sustainable event over the long-term. It is assumed that a single race for the women will cost less than previous editions — even while being among the “best-supported” women’s races in the world. But to successfully execute this, the event organizers need to drive significant interest both locally and globally.

There is little doubt that RPM faces significant headwinds in its quest to make an impact on promoting the women’s sport, and in trying to attract the world’s best racers. The race’s calendar slot in late August is a busy time for women’s racing, with conflicting events in Europe, primarily including the Ladies Tour of Norway, and the upcoming World Road Racing Championships in September. This will make it a bit more difficult for the event to entice major European teams to make the long flight over to Colorado for a four-day stage race.

Generating substantial public interest will require a successful grassroots marketing campaign and the presence of at least some of the world’s top riders. In an attempt to attract talent, RPM has offered a substantial prize purse – described as “several times as large” as the 2018 women’s purse, and “larger than” the 2018 men’s purse for the event. While this has undoubtedly caught the attention of top racers, it is the team managers, not the individual racers, who typically make calendar and event decisions. While richer prize money offerings are clearly attractive, some teams have suggested that stronger economic incentives in the form of travel and lodging subsidies would be a more powerful tool for driving team participation than upping the prize money. In other words, even a rich purse may fail to provide a compelling argument for major teams to attend.

That said, the race has just announced the roster of 16 teams for this year, and it includes one world-class team in Canyon/SRAM (currently ranked 4th in the UCI team rankings), and two highly-competitive, U.S.-based teams in Tibco-Silicon Valley and Rally/UHC (ranked 15th and 23rd, respectively). Unfortunately for American fans, the more dominant women’s teams, including Boels-Dolmans, Team Sunweb, and Mitchelton-Scott, have opted to attend the Ladies Tour of Norway. And it is interesting to note that although Canyon/SRAM and Tibco signed up for the Colorado race, both will also be sending a second unit to the concurrent Ladies Tour of Norway.

Building the women’s Colorado Classic into a major and sustained event of the women’s race circuit will not be easy. The event faces an uphill struggle that most of the previous men’s events were unable to overcome. A successful path forward for the women’s race will need to attempt to tap into something greater than just the sport of cycling. The event needs to lean into the emerging confluence of societal gender equality trends as well as building grassroots support from within the Colorado cycling community.

There are relevant examples of driving local interest through cycling events, even without the world’s best riders in attendance. Events like the Athens Twilight Criterium, Tulsa Tough, and Dirty Kanza serve as demonstrative case studies. Neither Georgia, Oklahoma, or Kansas possessed any significant cycling culture or history prior to the development of these events, but they were still able to tap into extremely high local interest levels with an inclusive fan experience that has driven cultural adoption.

This type of local activation and the building of regional fan excitement is key to the future success of the Colorado Classic. While some of the earlier editions of the USA Pro Cycling Challenge saw significant fan engagement along Colorado’s Front Range, the more recent editions of the Colorado Classic haven’t been able to attract as much attention or fan interest. Hence, the big question is how the organizers plan to activate local fan interest.

While the men’s event struggled both in attracting and retaining top talent, and a difficult spot on the international race calendar, a women’s-only race does have the potential to solve both of these issues. With no women’s grand tours on the calendar, the Colorado Classic has the advantage of being able to bill itself as an important late-summer race – and in the future should possibly look for a spot on the calendar that does not conflict with any other events. With its ability to assemble a significant prize purse, with perhaps additional logistical or financial support for participating teams, and by providing the somewhat rare opportunity to compete in a multi-stage race with other top international teams, the event should be able to stoke legitimate competitive interest among some of the world’s best female riders.

At the end of the day, the unfortunate fact about pro cycling is that the sponsorship model is inherently unstable; these circumstances always seem to eventually catch up with even the most popular events. (Note, for example, the popular Red Hook Criterium series, which recently announced they would be canceling every 2019 event in their portfolio due to sponsorship shortfalls.) RPM plans to supplement its sponsorship revenues with VIP packages and other special events around the race, but – as is always true in pro cycling – the lion’s share of revenue still has to come from sponsorship.

Hence, in order to accomplish its goal of hosting a sustainable event, as well as having a serious impact on women’s cycling and the larger narrative surrounding gender equality in sport, RPM needs to both successfully activate the local community and plug into the larger zeitgeist around women’s empowerment. This will take a savvy marketing and messaging effort, along with a seamless and professional broadcast of the race itself. The road will certainly be tough and the initial launch will be challenging, but if RPM can execute these strategies successfully, and has the patience to nurse its redesigned event through subsequent, fragile early years, it could potentially emerge as one of the flagship women’s-only stage racing events on the global calendar. Colorado and U.S. bike racing fans are certainly hoping it will be successful and turn into an annual Colorado summertime event.