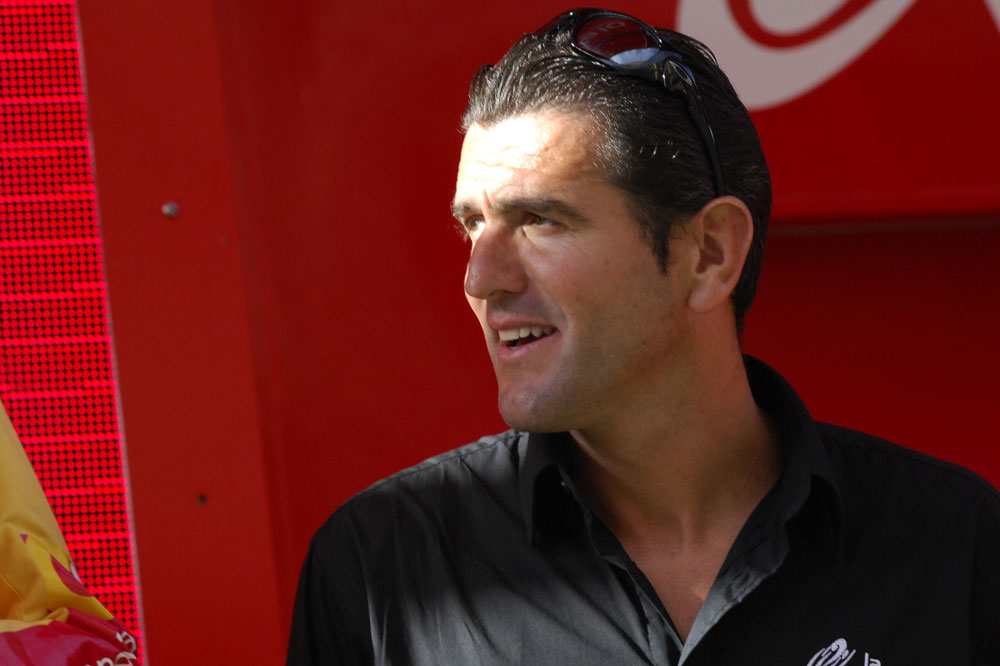 08 Oct 2015
By Gianni Pericolo - In LATEST ARTICLES, THE GREAT RACE

Short of a spurious article every now and then, it seems like forever since the cycling world has seen hide or hair of Abraham Olano since his retirement in 2001. However, the former Spanish rider surfaced in the news this week, after it was announced that he would helm Gabon’s national team.

According to the Alberto Contador Foundation, which aside from its work in Spain, also aids in the development of cycling in Africa, Olano was recently contacted by the Gabon government, who’s been in search of a new team trainer since last year.

“I will be working there as national trainer and also to help in the Foundation’s work, getting bikes and other material to help the sport at grassroots level,” said Olano.

“I’ve been working here in Tolosa (in the Basque Country) with their local cycling school, the same one where I started to learn to ride a bike myself, and I knew that the Contador Foundation, too, is working in the same kinds of areas. So that experience is going to help me in Gabon.”

Olano’s role will be to manage the country’s top amateur riders and assist with improvements in training and racing infrastructure, with the goal of bringing riders up to a level where they can compete in the area’s top race – Tropicale Amissa Bongo – which takes place in Gabon at the end of January each year.

Olano heads into his role was very little knowledge of Gabon, but according to the president of region’s cycling federation, “that’s not a bad thing because we’re starting from scratch, building the team from the base upwards. So I’ve no idea. But that’s kind of the point.

“I’ve seen the races they organise there, the Tropicale Amissa Bongo. They have national riders involved, but I’ve been told they’re on the start list and that’s pretty much as good as it gets. They don’t get to the Worlds or anything like that.

“We’ll do what we can for next January, but I’m really hoping for improvement there for further down the line.

“So what they want to do is bring on their riders at all levels, but my first job is to work with the ones who take part in that race. We want these riders do well in the Tropicale Amissa Bongo, so they can act as an inspiration to other people to get out and ride bikes and race. It’s about motivating them, and getting some sponsors in, too, hopefully to try and bring them over to races in Europe and across Africa.”

Olano’s most memorable achievements during his racing career, were winning the World Championship road race in 1995, a silver medal in the 1996 Olympic games, the World Championship Time Trial event in 1998 and the Tirreno-Adriatico in 2000, as well as podium finishes in both the Giro d’Italia and Vuelta a Espana.