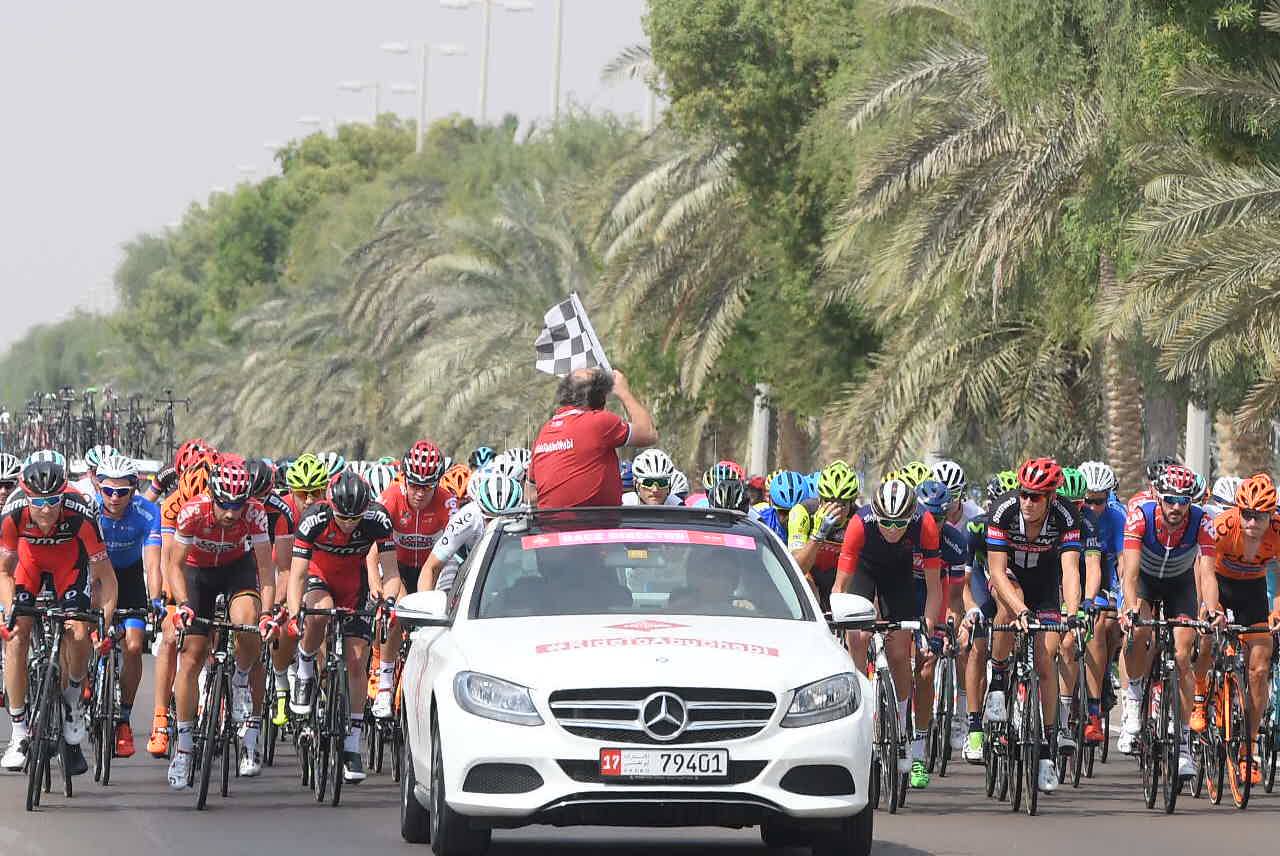 “It was a really long sprint and really fast. What can I say? I’m really happy,” Nizzolo said at the finish.

“After the Worlds on Sunday I said I would come to Abu Dhabi Tour and look for one more victory. That’s the best start.”

Giant-Alpecin led-out the sprint with Nizzolo patiently waiting until the final 150 meters before unleashing his unassailable attack. Meanwhile, Cavendish lost his readout man, Mark Henshaw, in the final kilometer and was left without a slipstream to follow in.

From there, the quartet went on to establish an advantage of more two minutes over the peloton, before heading back toward the start in Madinat Zayed.

With 10 kilometers to go however, the escapees’ lead had dwindled to just a little over half a minute, thanks to the combined chase efforts of Dimension Data, Team Sky, Lotto-Soudal, Giant Alpecin and Trek-Segafredo. And, not long after, the breakaway group was caught by the peloton.

As the race was shaping up for an inevitable sprint finale, Nizzolo found himself nicely delivered to the front by his team, just as Giant-Alpecin began opening up the sprint.

The final set of curves strung out the peloton with Cavendish and Renshaw losing each other in the melee.

This was all Nizzolo needed to stamp his authority on the stage and take the first leader’s red jersey.