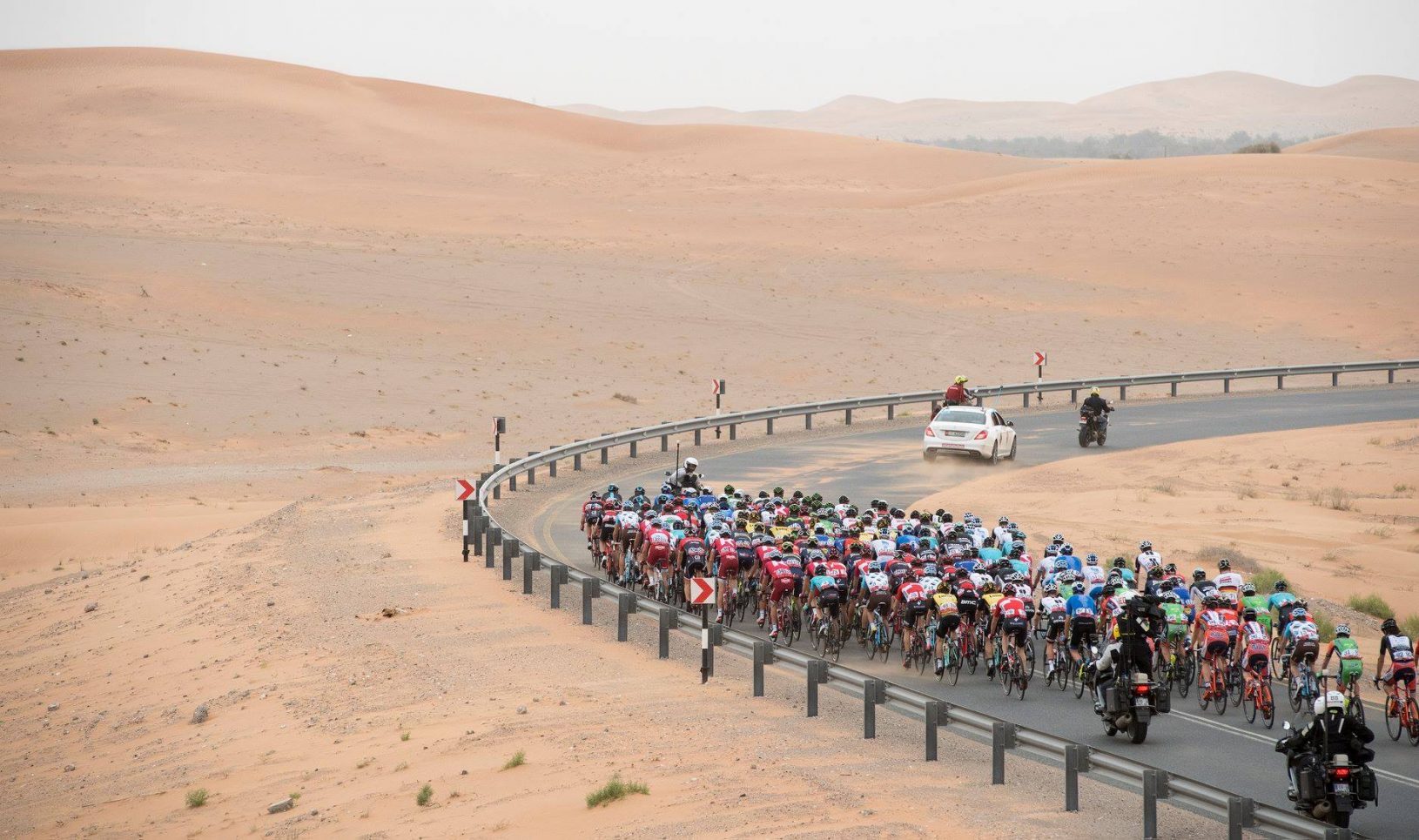 Viviani’s victory comes weeks after he won the overall title at the Dubai Tour, taking over the red jersey from from UAE Team Emirates rider Alexander Kristoff, who now sits in second place.

“I need to break the ice on the first day of a stage race. Usually, I don’t win the first sprint. It’s been the case again but I was very confident today. Also in the echelons, I felt strong and I was willing to pull. We had Julian Alaphilippe and Enric Mas in the front group,” Viviani after the stage.

“It was good for our GC but we also wanted to win the stage, so I asked the guys to wait for me and close the gap. When we regrouped with 20km to go, I said we put all our efforts into the last corner. The young Alvaro Hodeg is unbelievable in his preparation for my sprint. Michael Morkov is always in the right place and I trust Fabio Sabatini 100 per cent for the lead out. With such a team, it was easy for me to finish it off.”

From there, the escapees dominated the first half of the race, until they were reined at the feed zone.

Movistar and Katusha-Alpecin took advantage of crosswinds that fractured the peloton into pieces, distancing not only race leader Alexander Kristoff (UAE Emirates) but several GC favorites as well.

After a vigorous pursuit, the peloton finally regrouped with 20 kilometers to go.

Julian Alaphilippe led Quick-Step Floors under the flamme rouge, moving Viviani into perfect position to come around Van Poppel and Ackermann to win the stage.