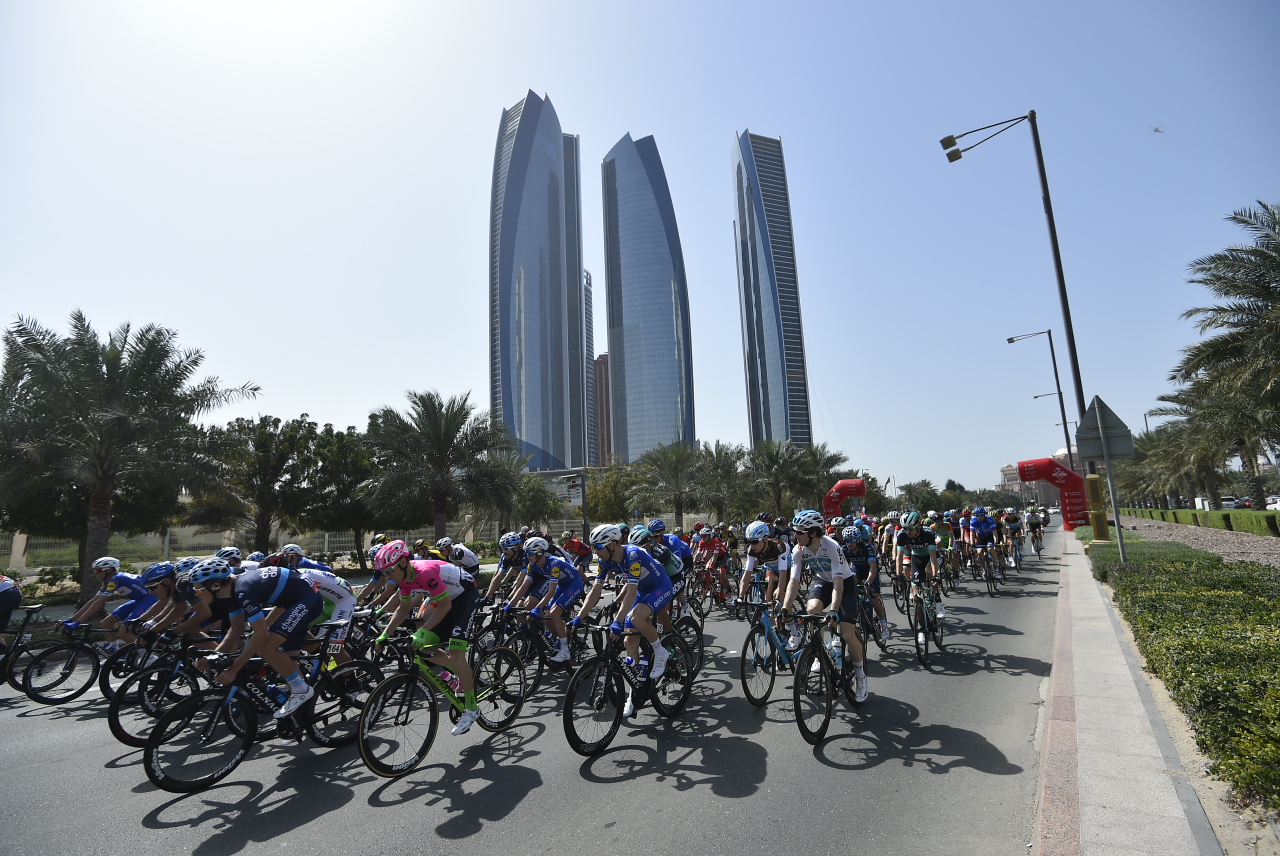 “I knew I was going well at home and my goal was to take a podium or a win.”

“I am super happy that I was able to do it”, said Bauhaus after taking the first victory for the team this season.

Meanwhile, Elia Viviani of Quick-Step Floors retained his grip on the leader’s jersey with an overall time of 11:06:36, three seconds ahead of Alexander Kristoff (UAE Team Emirates) and stage winner Bauhaus.

Despite a valiant effort to remain out front, the quartet was eventually reined in with 53 kilometers to go, with Rolland being the last of the escapees to get swept up by a Bardiani led peloton.

With 44.5 kilometer still to go, the field split, during which time Alexander Kristoff was caught-up in crash when the Norwegian rider fell navigating his way through one of the roundabouts.

The peloton eventually came back together and remained intact until the finale, while each team jostled their respective sprinter into position during the final lead-in to the finish.

Luka Mezgec (Mitchelton-Scott) led the head of the peloton around the final corners in hopes of setting up his teammate Caleb Ewan, who was the first rider to surge.

But, his acceleration was quickly matched by his rivals, which unfolded into a photo finish that had to be decided by a jury.