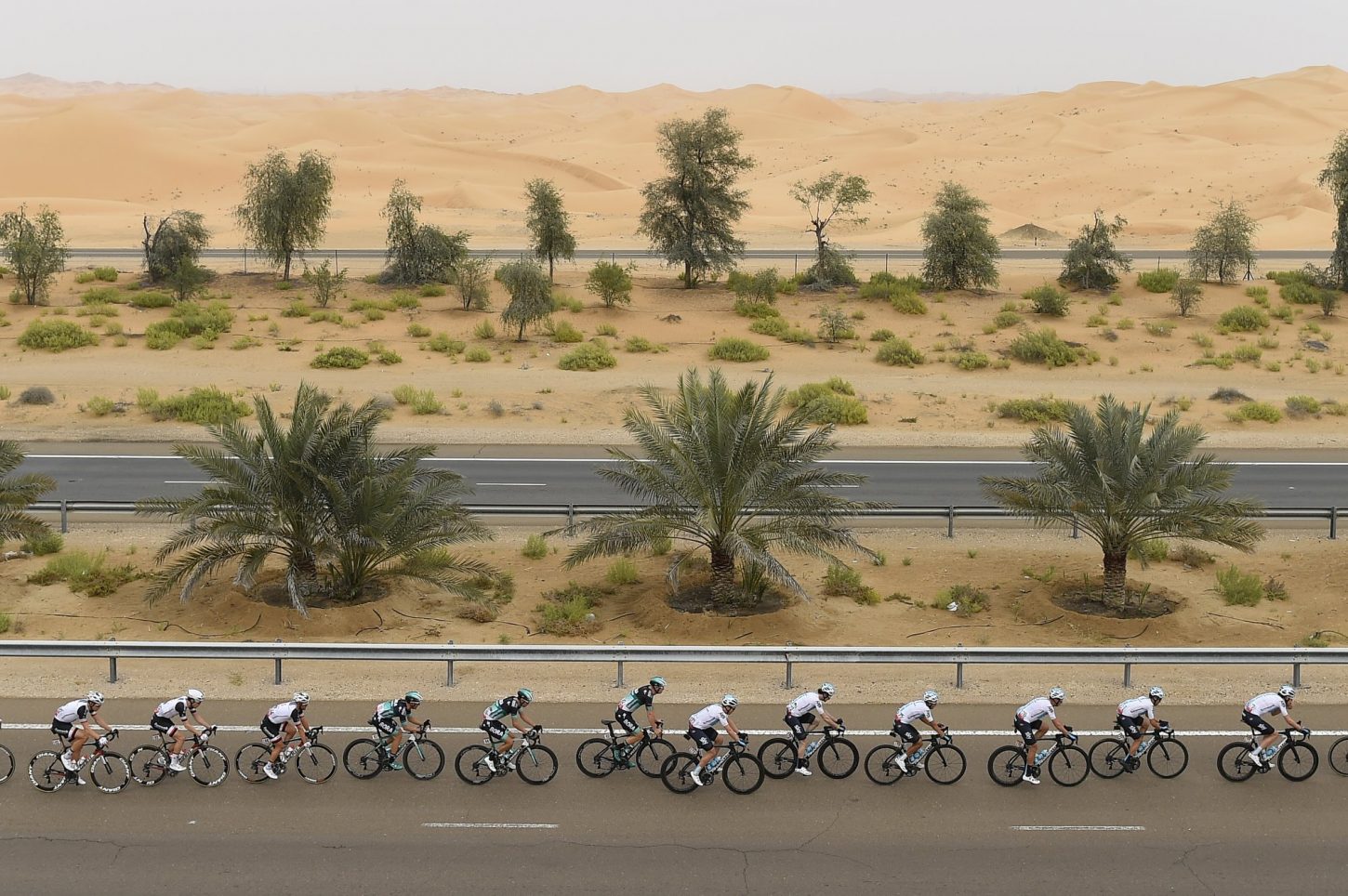 Alejandro Valverde won the 5th and final stage of the Abu Dhabi Tour today, after the Spanish rider went head-to-head with Astana’s Miguel Angel Lopez on the summit of Jebel Hafeet, after the duo broke clear during the final four kilometers.

From there, the escapee’s remained out front for most of the stage, with Craddock and Greipel being the last riders to be reined in by the peloton during the final 8 kilometers.

Davide Formolo (Bora-Hansgrohe) decided to try his chances during the last 7 kilometers, but the Italian rider was quickly joined by Valverde.

Meanwhile, the pace back in the peloton proved to be too much for Dennis, who found himself off the back as Julian Alaphilippe (Quick-Step Floors) linked up with Formolo and Valverde – followed by Lopez.

It wasn’t long before the quartet was joined by Kelderman and Rafal Majka, while Fabio Aru and Tom Dumoulin failed to make the junction, with the latter of the two suffering yet another mechanical malfunction.

Valverde quickly marked Lopez’s move, and despite a series of counter-attacks, the two leaders succeeded in remaining clear of the chase, with Valverde triumphing over his Colombian rival.