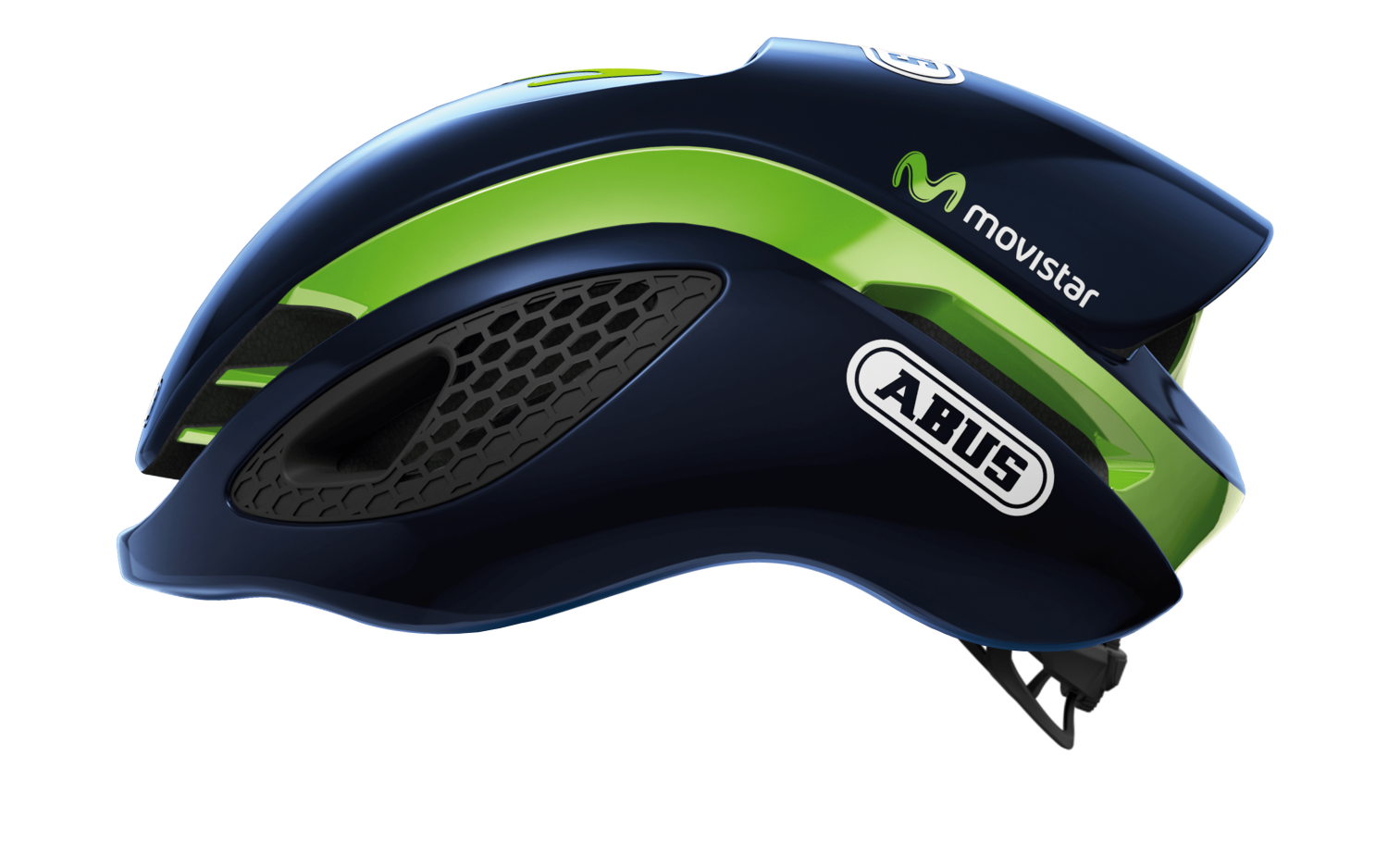 Whether its bikes, apparel or helmets, every brand is trying to offer the cyclist a way of further cheating the wind.

Indeed, the same helmet brand that Team Movistar has been donning for the last few seasons, Abus, has launched a new aero helmet that they feel produces such “game changing” results, they aptly named it the GameChanger.

According to Abus, the major breakthrough with the new GameChanger, is the reduction in 23% less frontal surface area than the company’s current flagship helmet.

Abu says, this achievement translates into better airflow across the helmet during all types of riding conditions, regardless of the rider’s head tilt or the angle of airflow.

In addition to increased aerodynamics, ventilation was also improved by way of Abus’ Forced Air Cooling Technology, wherein the helmet features interconnected vents that are designed to channel air around the rider’s head.

In addition, the GameChanger has been given a revised rear section called AirPort, that provides a place for riders to safely rest their gasses along what Abus calls Temple Docks, which are fully integrated into the design of the helmet and provide even more of an aerodynamic advantage.

To wit, “the AirPort…. offers two decisive benefits: your glasses rest safely in the temple docks and they are fully integrated into the helmet design, which is a valuable aerodynamic advantage.”

Other features include, Abus’ Zoom Ace dial, as well as a unique fixed webbing called FlowStraps, which Abus uses instead of traditional straps for optimal fit and adjustability.

“Thanks to these specially designed straps, flutter and wind chatter is a thing of the past,” says Abus. “The FlowStraps are aerodynamic, flutter-free and skin-friendly – a patented Abus innovation.”

There’s currently no word on pricing or availability on the new GameChanger, but Abus does have a distributor here in the USA, who will hopefully be providing more information in the near future.