Academia’s Role in Anti-Doping – In Microcosm and Big Picture 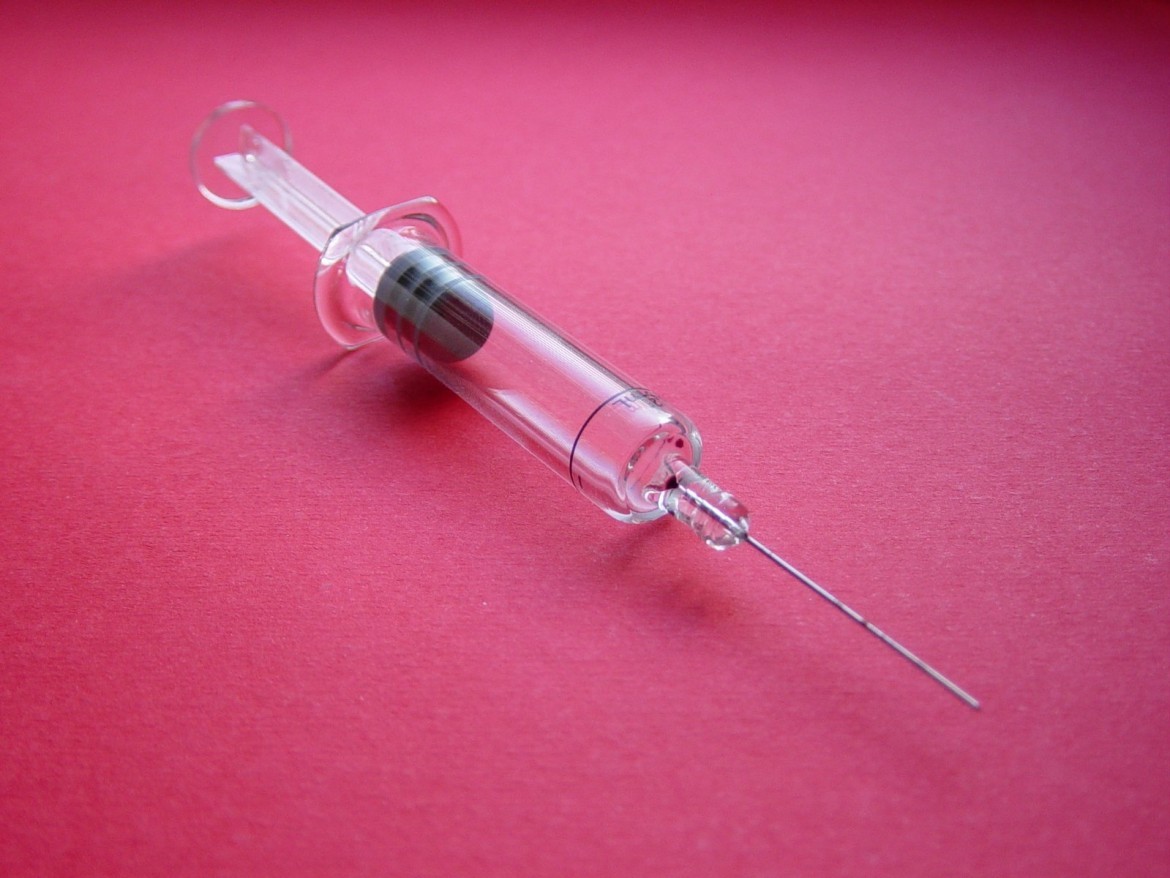 The recent fall-out between USA Cycling (USAC) and anti-doping researcher Dr. Paul Dimeo was widely reported in the cycling media. With the benefit of follow-up discussions and insights from both USAC officials and Dr. Dimeo, it is worth looking back at this incident in more detail – not only to understand what happened, but more importantly for what it can teach us as cycling tries to strengthen its anti-doping strategies. In the broader context, this event has important implications for the conventional wisdom regarding anti-doping policy, freedom of expression, and the role of academia in driving change.

Dimeo is a senior lecturer at the University of Stirling in Scotland, and a recognized and widely published expert in anti-doping and drug use in elite sports. He had previously conducted research and analysis for USAC, and in April, 2016, the organization asked him to chair a new anti-doping committee comprised of various experts – to look at current efforts to control doping in both amateur and professional cycling. However, just before the committee convened for its first meeting, USAC abruptly dismissed Dimeo over comments attributed to him in an interview with the London Times newspaper.

The Times article suggested that Dimeo believed the banned substances such as EPO or practices like blood doping should be legalized. Although he has often voiced doubts about current anti-doping practices – including underlying and often skewed incentives, the analytical accuracy of testing, and various equity and privacy issues – Dimeo says the article was inaccurate, and his comments were misconstrued in an inflammatory way in order to “sell” the story. But USAC CEO Derek Bouchard-Hall said, “Professor Dimeo became an active spokesperson for principles directly contradictory to the clearly stated objectives of the Committee …. and did so willfully with the label of Chairman of USA Cycling’s Anti-Doping Committee.”

Dimeo is adamant that he was misquoted by the Times, and that he did not present himself as speaking on behalf of the Committee. He also says that he never really had an opportunity to discuss the situation or explain his position to Bouchard-Hall; that he was simply dismissed a few days after the interview was published. On the other hand, it appears that USAC was fully aware of Dimeo’s perspectives and viewpoints from his widely published academic work, implying that USAC must have known what it was getting into when it asked Dimeo to chair the committee in the first place. Bouchard-Hall indicated as much after the whole affair concluded when he said, “we knew he had unconventional ideas ….. We spent some additional time vetting him for those reasons, but did not identify any reason to believe that those characteristics would undermine the objectives of the committee. We liked the idea of assembling a collection of people with different perspectives.”

Presumably, neither party intended for the collaboration to end this way. Dimeo suggests that USAC reacted to one story rather than looking at the bigger picture; he insists that he is not in favor of legalizing dangerous practices – that he is only pointing out insufficiencies in the current system, and suggesting that we should reconsider what is banned, and why. Now, he worries that hiring and then abruptly sacking him has potentially damaged his reputation and his future capability to attract research grants. (Notably, Dimeo was not paid by USAC for this effort, or for his previous research contributions.)

USAC is aware that the nature of the breakdown may paint a confusing picture, to some, of its current anti-doping policy coordination. Bouchard-Hall admits that USAC “could have been more proactive in discussing what (Dimeo’s) views were of the Committee’s core objectives, and how he would engage with the press.” But, he was clearly concerned that Dimeo’s perspectives could reflect negatively on the Committee’s work, and he concluded that, “these are the sort of things that happen when you launch new initiatives – you just have to learn and improve.”
In hindsight, miscommunication was probably the main source of the problem here. Both parties seemed to have had good intentions. This seems to just be an unfortunate situation – one which might have been avoided or corrected with a little more discussion and greater clarity up-front. But aside from the specifics here, what are the broader implications of this event? What can the sport of cycling gain from this as a more positive learning experience?

Almost everyone in sports today desires a system in which cheating is not allowed, where doping can be uniformly and accurately detectable and where the culprits are punished. But if we’ve learned nothing else from the recent drama concerning Russia’s state-sponsored doping program, it’s also clear that current anti-doping systems have abundant shortcomings. The literature concerning those shortcomings is extensive, far too extensive to go into here, and includes many papers by Dr. Dimeo as well as by the two other academics who are also members of USAC’s anti-doping committee – Dr. John Gleaves of California State University Fullerton, and Dr. April Henning, Research Fellow at the National Development and Research Institutes.

There are many academics who collaborate with anti-doping organizations to reinforce clean sport through improved analytical methodology, policy development, or the psychology of deterrence. Others raise more difficult and generalized questions about whether existing policy works, whether it protects fairness and athletes’ health, if the priorities are right, and what might be changed in light of those findings. Although these ideas and approaches have often been controversial or even polarizing, Dimeo’s work does provide a counterpoint for examining policy effectiveness and a measuring stick for compromises.

Bringing together such a diverse group of experts to debate and examine change can be a worthwhile investment by USAC, as it continues to build trust with its membership and stakeholders. Bouchard-Hall is clear about the zero tolerance anti-doping stance that his administration follows, and which is an unwavering principle of his USAC leadership. “Key for me is that all members of the committee are committed to our agenda and do not become active spokespersons associated with USA Cycling for ideas directly contrary to that agenda. We need not all agree to the same set of principles, but differing principles should not interfere with the objectives of the committee.”

Perhaps what is difficult for people within cycling, says Dimeo, is the consideration of any idea or suggestion that might even remotely seem to deviate from the simple objective of clean sport. Any consideration, review or broadening of that purpose is viewed with suspicion, and is seen as potentially opening the doors to doping.

Roger Pielke, Jr. of the University of Colorado’s Sports Governance Center echoed these concerns in an open letter to the USAC, stating, “Part of what we academics do is make people uncomfortable by floating ideas and proposals that some may be uncomfortable with … (the) issue of doping in sport is complex and disagreement is healthy.”

Pielke’s letter concluded more harshly, saying “USA Cycling is at a fork in the road. They can show the sports world that (…they are…) institutionally mature enough to collaborate with real-world, independent experts. Or, as we have seen from WADA, FIFA, NFL and other organizations, they can go down the well-trodden path of defining “expert advice” as only that advice which fits comfortably within what they already believe ….”

Academia is often where new technologies, innovative approaches or radical restructuring of ideas originate. There is an active and vocal community of scholars around the world studying the area of anti-doping, although it is under the radar of most participants in pro cycling. As anti-doping policy continues to focus on catching the cheater, this academic research is beginning to utilize new data modeling tools, in subject matter areas as diverse as public health and pharmaceutical manufacturing, to identify and institute broader policy change.

For example, researchers studied the supply chain and prescribing data for opiate painkillers in U.S. healthcare, and then developed algorithms to identify fraudulent prescriptions and over-prescribing. This data-driven approach to interfere with diversion and misuse of addictive opiate drugs has helped to close many high-profile prosecutions and regulatory interventions, but also helped shape and empower emerging policies of addiction prevention. Applying these kinds of algorithms to performance enhancing drugs could have a similar effect; these academic-inspired changes could happen with or without the cooperation of anti-doping agencies and international sports federations – possibly weakening the positions of those bodies, but strengthening the integrity of all sports.

Stopping the proliferation of cheating in our sport is a goal no one in cycling would disagree with. In the short-term, USAC’s decision to fully commit to and communicate zero-tolerance is an important statement for American cycling, and reinforces Bouchard-Hall’s mission to rehabilitate the organization’s public image. At the same time, academic researchers are working to become more active in the actual sport – to test their ideas and ideas for solutions in the real world. However, for this process to work productively, there needs to be an acceptance, says Dimeo, “that research requires objectivity, and objectivity requires freedom of expression.” Unfortunately, this is where academia and the real world collide, with real-world consequences, as we’ve observed in the USAC-Dimeo conflict.

Some of this academic research may seem unconventional or disagreeable to everyday participants in pro cycling. On an idealistic level, Dimeo’s dismissal risks the appearance of undermining academic freedom of speech. On a more practical level, however, it may also interfere with the thorough examination of all possible approaches to solving the problem. USAC’s anti-doping committee has an unenviable task ahead, but one that is overdue and absolutely necessary to build integrity and help reinforce the rights of clean cyclists. It is an effort which we hope is successful, despite the fear that we may all be asking the same questions again if the next big doping scandal lands squarely in cycling’s lap.