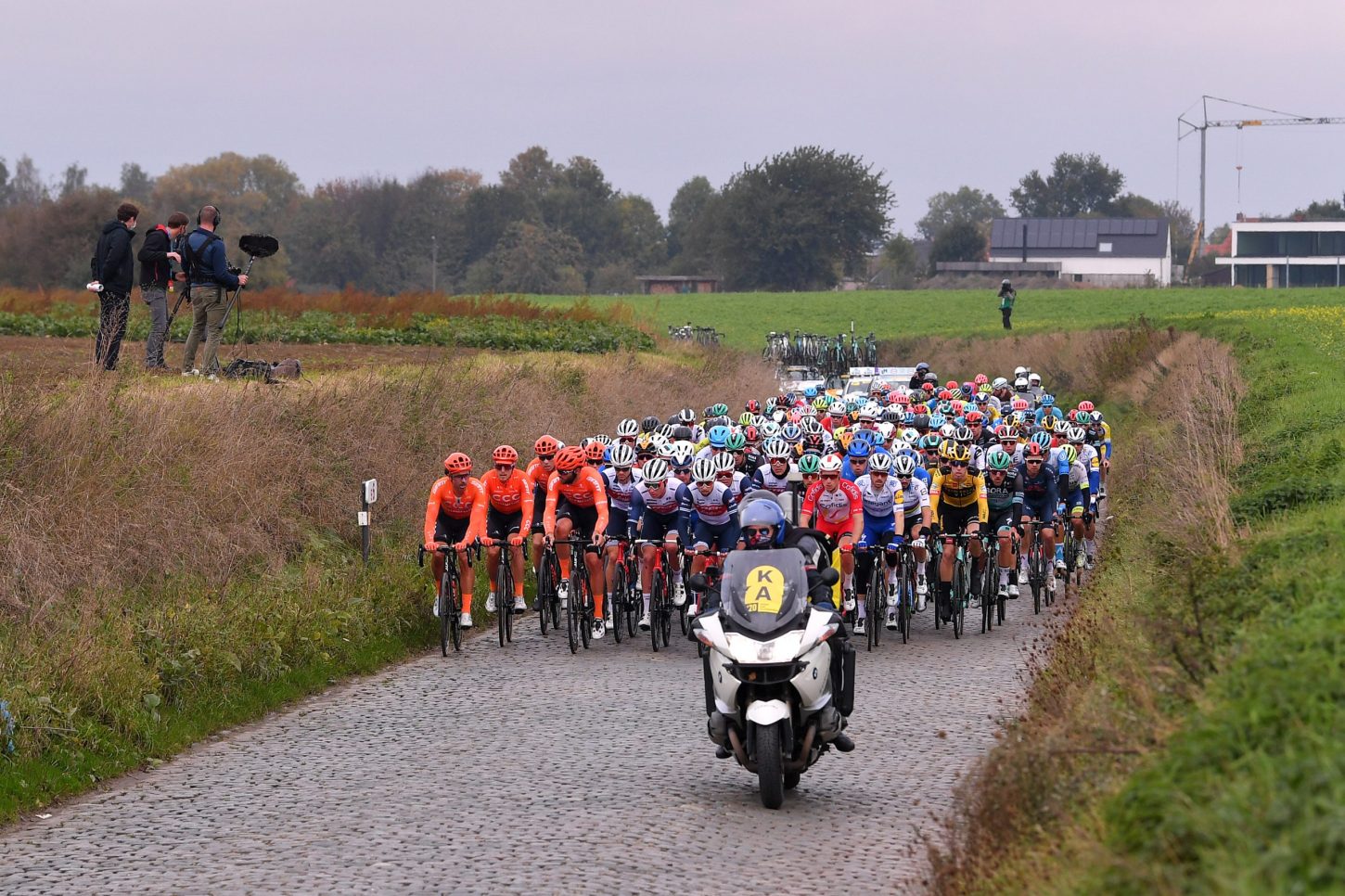 The Netherlands’ Lorena Wiebes (Team Sunweb) and Belgium’s Yves Lampaert (Deceuninck – Quick-Step) are the winners of the 2020 AG Driedaagse Brugge-De Panne. Both the men’s and women’s races were characterized by an incredible pace and a strong crosswind that selected the main groups.

In the fast and hard-fought women’s race, Wiebes improved from her second place in 2019 (behind her compatriot Kirsten Wild) after the relegation of the Belgian Jolien D’Hoore (Boels-Dolmans CyclingTeam) after she switched lines in the sprint.

“I started the sprint a second too late. Jolien came from behind and boxed me in a bit, so I lost some speed. I still went all-in because it is only over at the finish line. It is sprinting, but we have seen how it can end with Fabio Jakobsen,” said Lorena Wiebes.

The wind was even more intense in the men’s race, which started at an intense pace and saw progressive elimination from behind, with only eight riders able to stay on the front in the final 10km.

“A fantastic job from the team, we were three on seven in the leading group. We had to pay attention every second about the wind, it was terribly tough. Bert Van Lerberghe asked me if we should work for the sprint. I said, ‘No Bert, I’m going to try some more’. But I already regretted it after one minute!” explained Lampaert straight after the finish. “My legs hurt and the wind was terrible but I pushed full gas until the end. And now it is time to enjoy the off-season. I’m going to eat a big bowl of fries.”

A fast, wind-blown women’s race with a thrilling finale

The penultimate UCI Women’s WorldTour event before the Ceratizit Madrid Challenge by La Vuelta (6 to 8 November) and one of the longest (156.3km) races on the calendar, the AG Driedaagse Brugge-De Panne course was designed for fast wheels with its flat profile through West Flanders. The speed of the group was so high that it was impossible for any brave riders to break away in the first part of the race, which was completed much ahead of the fastest expected time schedule.

The first real attacks came in the last part of the race thanks to the Netherlands’ Danique Braam (Lotto-Soudal Ladies), Anouska Koster (Parkhotel Valkenburg) and Ellen van Dijk with her Trek-Segafredo teammate Elisa Longo Borghini (Italy), but they were soon caught.

A second breakaway attempt with another Dutch rider, Esther van Veen (Parkhotel Valkenburg), and Norway’s Vita Heine (Hitec Products-Birk Sport) had short life; it was clear that the teams with the stronger sprinters didn’t want to let anybody go clear

The twist came with the strong crosswind in the final 46.3km circuit around De Panne and both Boels-Dolmans and Team Sunweb tried to take advantage of the situation and split the group into echelons. After a first attempt with 31km remaining, the decisive action started at 17km to go with only 16 riders on the front. Boels-Dolmans attacked with Christine Majerus (twice), Lonneke Uneken and Amy Pieters but they were neutralised by the Sunweb riders.

Lampaert stronger than the wind in an elimination race

Due to the strong wind, the third and final lap of the men’s race was shortened by 13.9km, bypassing the last passage on the Moeren through a shortcut in Adinkerke; it was a decision made two hours into the race after consultation between the jury, the organisers and the teams. And like the women the previous day, the men also pushed an incredible and selective pace: the average of the first hour was 51.7km/h with the group splitting into several groups from the start.

After the second hour with the riders having completed almost half of the original total distance, several favourites had to chase the leading bunch, including the Belgians Oliver Naesen (AG2R La Mondiale) and Sep Vanmarcke (EF Pro Cycling) who were involved in a crash with former UCI World Champion Michał Kwiatkowski (Ineos Grenadiers). A strong wind blew unabated and the selection came from behind: the Pole eventually retired along with Australian Caleb Ewan (Lotto Soudal) and Italian Sonny Colbrelli (Bahrain-McLaren).

The lead bunch was broken up even further in the wind, into three parts, with 23 leaders gaining more than one minute over the chasers at the first passage across the finish line. New Zealand’s Tom Scully (EF Pro Cycling) punctured, lost contact with the front group, and was dropped.

The extremely hard weather conditions made the race even tougher in the last 30km with another split that left only 15 riders in the lead including Dutchman Mathieu van der Poel, who recently won the Tour of Flanders and his Alpecin-Fenix team-mate Belgian Tim Merlier, Germany’s John Degenkolb (Lotto Soudal), Italian Matteo Trentin (CCC Team) and Dane Kasper Asgreen (Deceuninck – Quick-Step), while both the Norwegian Alexander Kristoff (UAE Team Emirates) and Belgium’s Jasper Stuyven (Team Segafredo) were cut out of the race, being in the third group.

Van der Poel crashed into a ditch at 16km to go and was forced to retire. The decisive attack came at 6km to go from Lampaert after two failed attempts by his compatriot and teammate Tim Declerq, who took second place. Merlier arrived third.