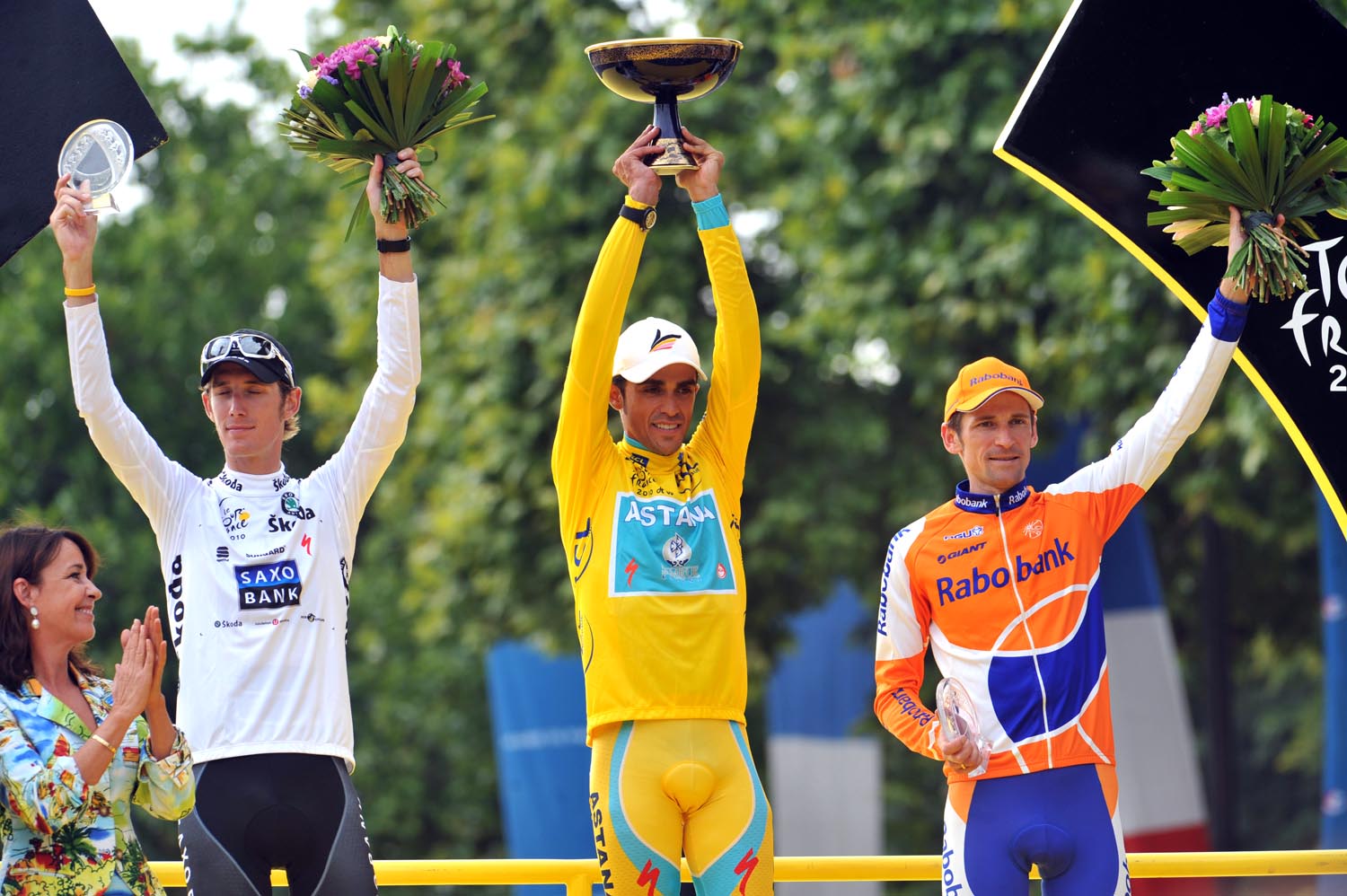 A belated happy birthday to Alberto Contador, who was born on December 6, 1982.

Contador is only the third rider to win the Giro d’Italia – Vuelta a Espana double in a single year. He joins Eddy Merckx of Belgium in 1973 and Giovanni Battaglin of Italy in 1981 as the only riders to accomplish this feat.

Additionally, Contador is one of six riders to win all three Grand Tours and joins a prestigious group of riders who have do so, such as Jacques Anquetil of France, Felice Gimondi of Italy, Eddy Merckx of Belgium, Bernard Hinault of France, and Vincenzo Nibali of Italy.

Both Contador and Hinault won at least two editions of each of the Grand Tours.