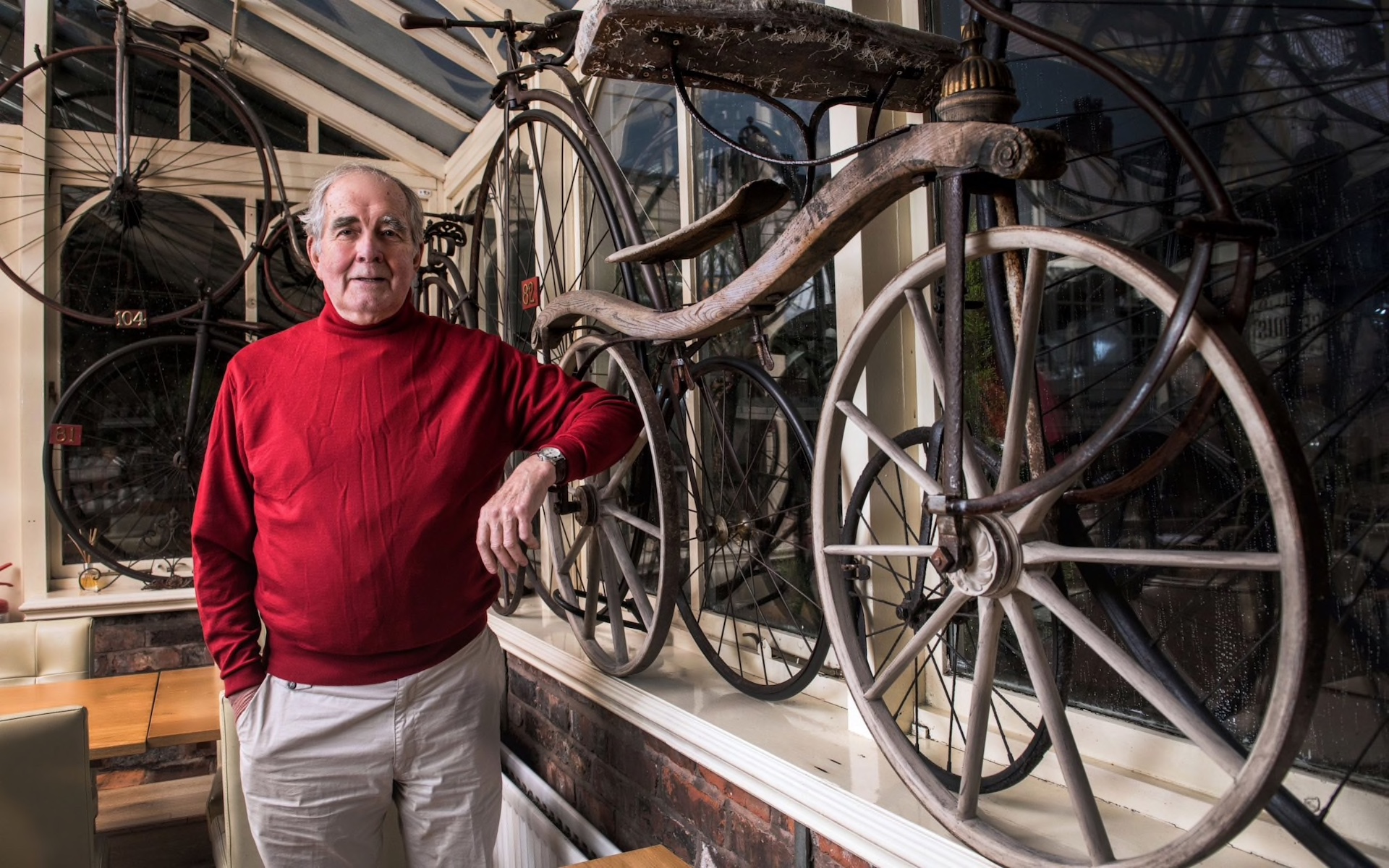 According to the British newspaper, The Telegraph, the “holy grail” of bicycles was discovered in a barn in the UK that dates back almost 200 years.

Bicycle collector, Glynn Stockdale, said he couldn’t believe his luck when he received a call about a long-forgotten bike in a run-down barn in the English countryside.

Stockdale immediately recognized the bicycle as a hobby horse, which is now displayed in his penny farthing museum in Cheshire, UK.

The bike was discovered during a building demolition in Beaconsfield, but how long the bike has been hidden away remains a mystery.

Stockdale said, “I have been a bike enthusiast for 40 years and so to come across this really is the holy grail for me, it’s what you always dream of finding, let alone owning.

“This bike is a real survivor and it feels just fantastic to have come across this bike after all my years of collecting.”

The 199-year-old bike was originally made by Denis Johnson who registered a patent for the bike in 1818.

Based on the fact that this bike is not numbered like the others, Stockdale believes it’s the oldest of dozen because it pre-dates Johnson’s numbering system.

“The bike was just found in a barn in Oxford, but I got a call to see if I was interested in it, and I knew from the description it was a Hobby Horse,” Stockton added.

“This bike is a real find and I can’t believe I own it. I feel so lucky to have been given the chance to have this bike and it is now being displayed in the museum.”

Stockdale is a former interior designer and opened his museum in 1989 after having a lifelong obsession with bicycles.

The previous owners had no clue the the bike was of such historic significance, and contacted Stockdale when the building was being demolished to make way for a new development.

Although Johnson referred to his machine as a pedestrian curricle, but was more widely known as a hobby or dandy horse.

In May 1819 he introduced a dropped-frame version for ladies to accommodate their long skirts.