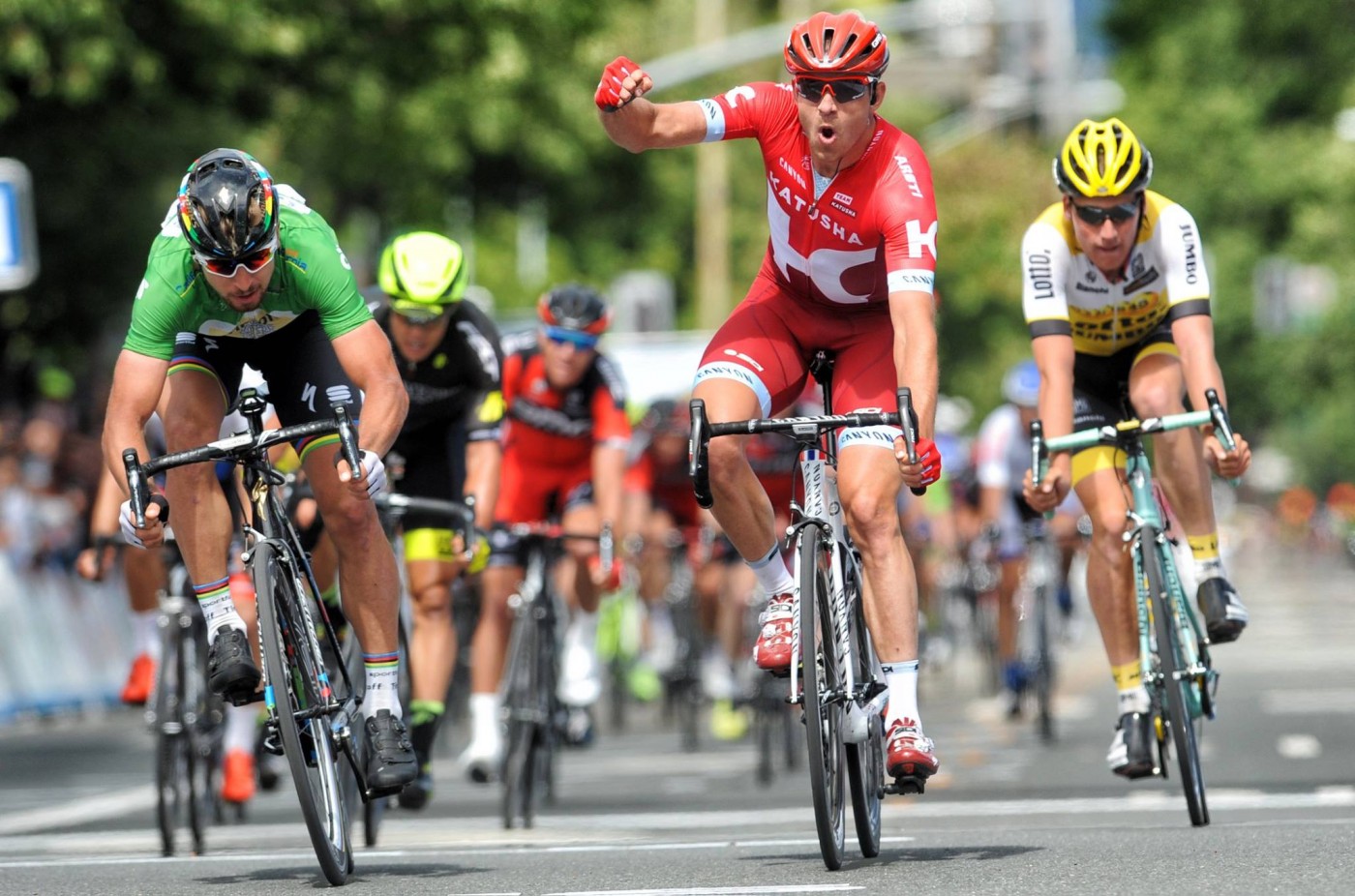 Alexander Kristoff (Katusha) succeeded in holding off a last challenge from Peter Sagan (Tinkoff), to claim the stage 7 of Amgen Tour of California in Santa Rosa today.

“It was a hard day,” Kristoff said in the post-stage press conference, where he was seated next to Sagan. “This guy was pretty strong, and we were having trouble to catch him. For me it was more than enough just to sit in the back. I was suffering all day, and at the end I was feeling quite tired and I knew everybody else would be tired also.”

“I was surprised looking by my side at the finish line and I saw him there,” Kristoff said of his Slovakian rival. “He was there all the time on the front and also a long time by himself, so he had a really strong ride today. For me it was good that he used a lot of energy because then at the end I just managed to beat him.”

However, an ambitious Sagan decided to attack his breakaway companions again, heading into the second intermediate sprint at Carmet Beach.

From there, the Tinkoff rider soloed away, as the race headed up Coleman Valley Road to the final KOM challenge.

Back in the field, Lawson Craddock (Cannondale Pro Cycling) attacked and bridged across to the lead group, lending his strength to the chase, but the move had lost steam.

“It was just a really aggressive day of racing all around,” Craddock said. “Everyone wanted to make it hard, and that’s exactly what we did. Oh my god! California stepped it up this year. It was a really brutal race, but it was a lot of fun.”

With Katusha leading the peloton along with Direct Energie and Etixx-QuickStep, the Craddock group and then Sagan were reabsorbed as the field drove to the finishing circuits in Santa Rosa.

Katusha pushed to the front in the final 10km of the race and maintained position at the front in support of Kristoff. With 1 kilometer to go, Sagan attached himself to Kristoff’s wheel.

From there, Kristoff jumped first, and despite a huge surge and fierce bike throw, Sagan could not over come the Norwegian rider.