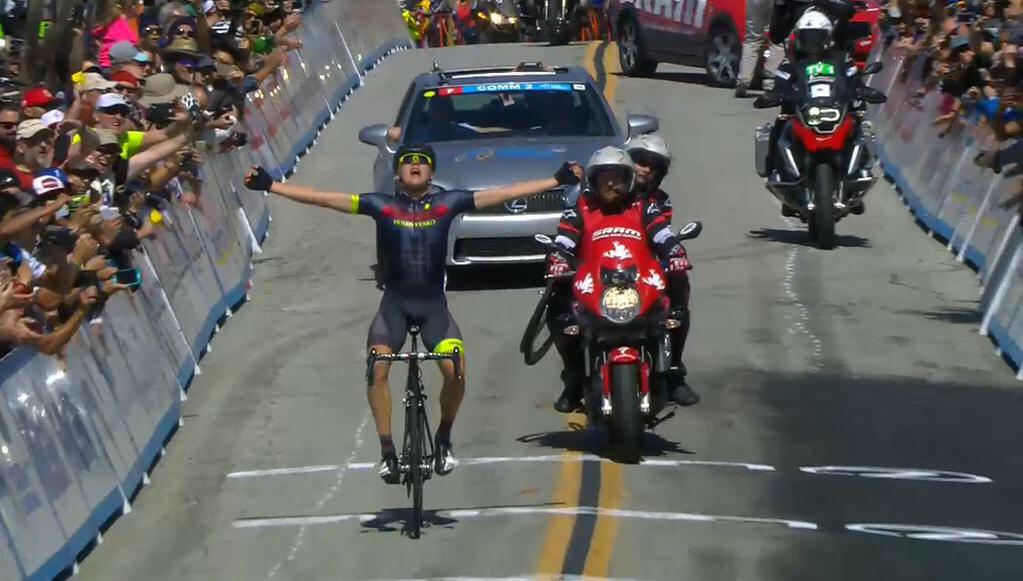 Tom Skujins claimed the biggest win of his career today, after claiming stage 3 of this year’s Amgen Tour of California, with 55 kilometer solo ride to the finish in San Jose.

Today’s victory not only netted the young Hincapie Racing Team rider the stage win, but also moved him up into the overall race lead.

This is big,” Skujins said. “I dunno, it’s pretty massive for us. Last year Robin [Carpenter] won in Colorado. … This year we made it happen.

“This was not planned at all. I knew that a breakaway had a chance today. The last half an hour was pure pain.”

Meanwhile, Sagan led home the chasers for his third second place finish in three days ahead of Julian Alaphilippe (Etixx-Quick-Step).

Mark Cavendish saw his overall lead disappear as he finished in the main field , several minutes down on Skujins.