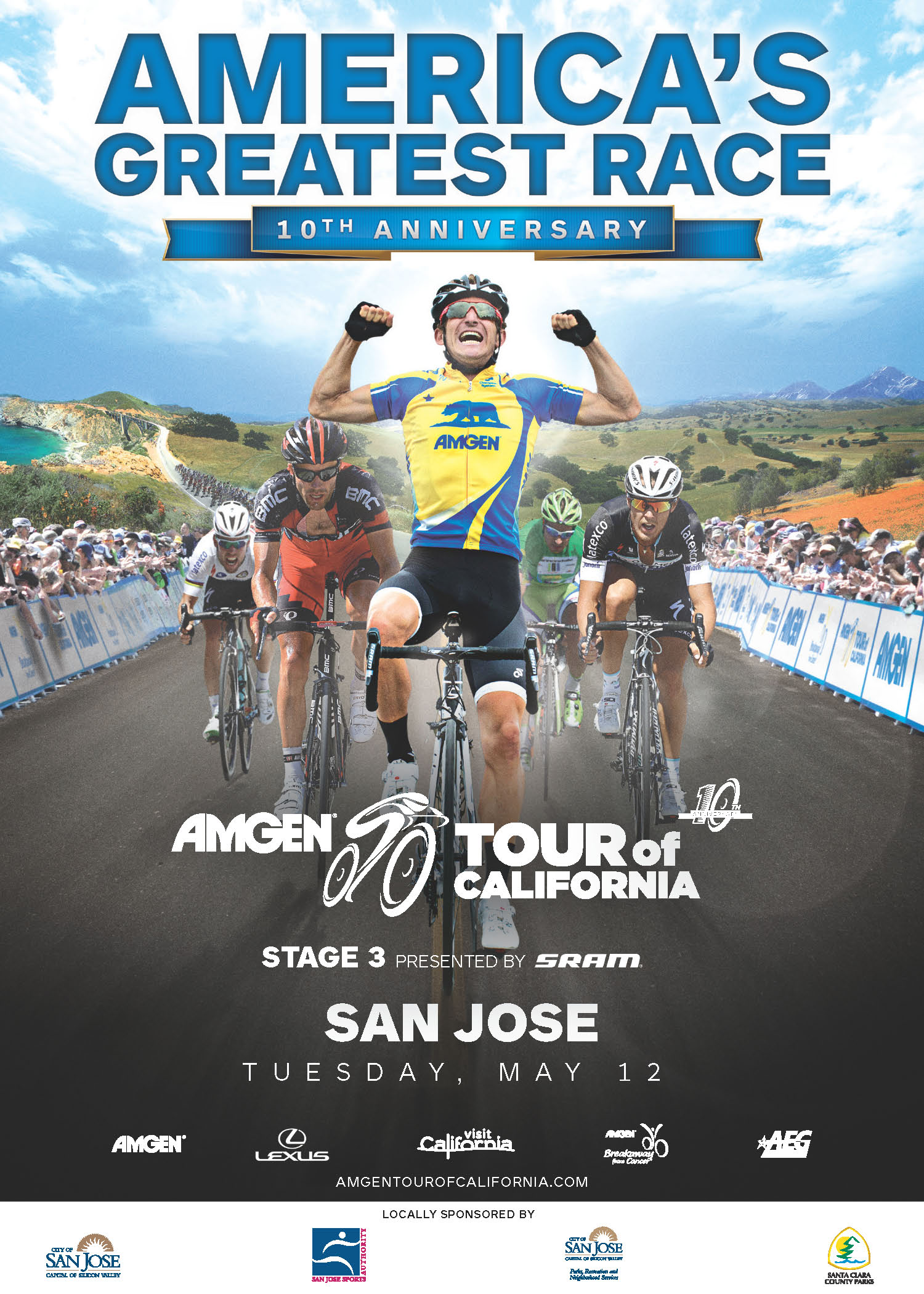 Mark Cavendish (Extixx-QuickStep) sprinted to victory on the final stage of the Tour of California but his Etixx-QuickStep team-mate Julian Alaphilippe was beaten to the overall race win by Peter Sagan.

The Manxman beat Wouter Wippert (Drapac) to the stage win over the 105km route from central Los Angeles to the Rose Bowl stadium in Pasadena, his fourth stage victory of the race.

But the real drama unfolded behind them as Slovakia’s Sagan (Tinkoff-Saxo) snatched third place from Tyler Farrar (MTN – Qhubeka) to earn the bonus seconds required for the race win.

Alaphilippe had to settle for second place, three seconds back.

We’ve had a successful week here,” Cavendish said. “We’ve been on the podium everyday with myself or Julian. We’ve got five stage wins, more than half of the stages. We rode hard to get that success. Having the yellow jersey two or three stages is nice, with second in GC. So we’re happy. To lose it by milimteres is not nice, but Peter deserves the win. He’s a worthy winner of the Tour of California.”

“I almost thought that I didn’t do it,” Sagan said at the finish line. “Farrar was third, I thought, but after my team said that I was third, and I came here [to the podium] and I can’t believe that I did it. I have to say thank you to all my teammates because they did very good work.”

“It was very hard [to get this victory]. I did another surprise, for me, from the effort yesterday and I believed that I could do it today. I’m very happy for the victory today. I’m very happy because I never thought about going for the general classification at the Tour of California. This year it was very hard to finish on the climb… I lost only 47 seconds for the first and I got some bonuses at other stages and that was good for me.

“I’m very happy to win the Tour of California, also because this year I lost the green jersey, so I had to do something here to get on the podium.”