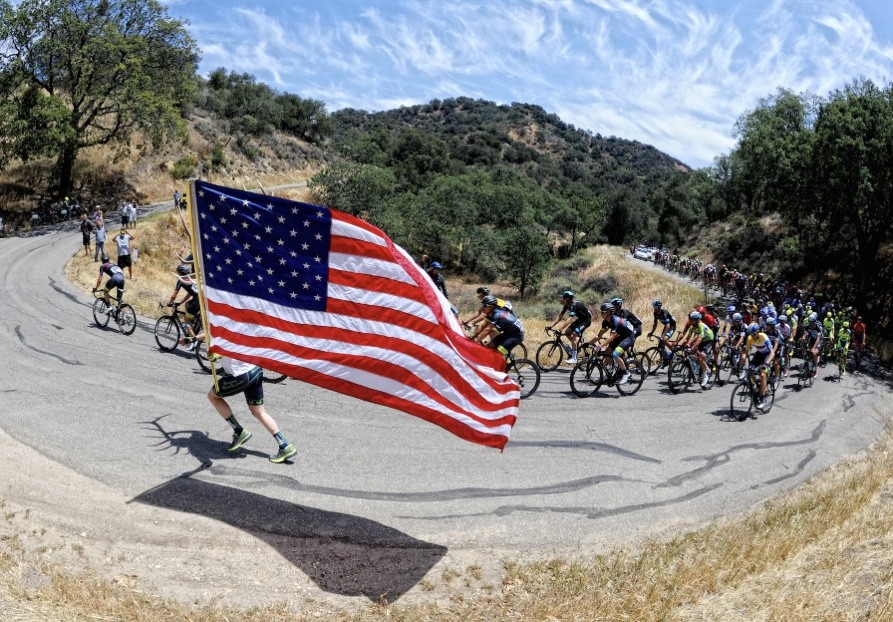 The Amgen Tour of California, announced the list of men’s and women’s pro teams that will participate in this year’s race.

The 11th annual men’s event will include 10 UCI WorldTour Teams, the most in race history, as some of the top cyclists in the world face off across nearly 800 miles of California terrain May 15-22.

The four-day Women’s Race empowered with SRAM will showcase some of the best talent in the sport and run in tandem May 19-22.

The eight-stage men’s event will feature 18 of the world’s most decorated and esteemed teams competing for one of the sport’s most coveted titles. Top UCI WorldTour teams and riders will include Tinkoff (RUS), whose renowned sprinter Peter Sagan (SVK) proved his all-around excellence to win the 2015 Amgen Tour of California by the closest margin in its history (3 seconds), narrowly defeating young Ardennes Classic sensation Julian Alaphilippe (FRA) of Etixx – Quick-Step, who is also returning this year; rival sprinter Mark Cavendish (GBR), who returns to California having won four stages last year, this time riding for Team Dimension Data for Qhubeka in its inaugural season as a UCI WorldTour team; and Santa Rosa, Calif.-based BMC Racing Team, a 9-time participant. BMC Racing Team will be led by Rohan Dennis (AUS), a favorite for this year’s Folsom Time Trial – last year he won the first leader’s jersey of the 2015 Tour de France after recording the fastest average speed in race history, 55.446 km/hr.

“Last season was an incredible one for me,” said Tinkoff’s Peter Sagan, who followed up his 2015 Amgen Tour of California win with a World Championship Road Race title in the fall. “The Amgen Tour of California is one of my favorite races of the season; I’ve done well and had the honor of wearing yellow, and it’s important to me to build upon where I left off last year.”

The Amgen Tour of California has become known for epic sprinter shootouts, and this year will up the ante.

Russia’s Team KATUSHA, currently ranked second in the world, will participate in the Amgen Tour of California for the first time with top sprinter Alexander Kristoff (NOR), who won 20 races in 2015, more than any other professional rider. Kristoff has already won 5 races this season, including several exciting head-to-head battles with Mark Cavendish at the recent Tour of Qatar (Cavendish took the overall win). Cavendish is widely considered one of the best sprinters of all time with a Road World Championship to his credit as well as having the distinction of winning the points classification in all three Grand Tours and twenty-six Tour de France stages, which makes him third on the all-time list. The 2016 Amgen Tour of California includes many opportunities for sprinters, which should result in matchups between the two riders as both prepare for this summer’s Tour de France.

“I hope in May I will still manage to beat Mark Cavendish in the sprints at the Amgen Tour of California as I was able to do in the first race we did together this year, the Tour of Qatar. I’m well aware that Cav’ won some stages in California last year and that Peter Sagan won the overall. In bringing Team KATUSHA to California for the first time, I’ll do my best to arrive in good shape and fight for victories,” said Kristoff.

One of the select few pro cyclists from California, Peter Stetina will endeavor to improve his 2014 6th place finish on his new team Trek-Segafredo as he mounts his return from a career-threatening injury last season.

“For Trek-Segafredo, a premier WorldTour team with American roots, the Amgen Tour of California is one of the most important races on our calendar. I’m honored to lead the charge for their overall ambitions, both to represent Trek Bicycles, and as a Californian,” said Stetina, a two-time Under 23 National Time Trial Champion. “The 2016 Amgen Tour of California is a very personal affair for me. Stage 7 is entirely in my hometown of Santa Rosa, where all my friends live and I know every inch of the route. Stage 5 to South Lake Tahoe is special because I also live on the west shore of the lake part time – an ideal cycling location and one of the most picturesque places on Earth. I’m excited to show both these places off to my friends in the peloton!”

Continental team favorites rounding out the field include long-time race veteran Jelly Belly p/b Maxxis, which will mount notable Australian brother duo Lachlan and Angus Morton, and Team Wiggins with 2012 Tour de France champion Bradley Wiggins (GBR) at the helm. Wiggins and his team are prepping to compete in Rio de Janeiro (this would be his fourth Olympic appearance; a podium finish would make him the most decorated British Olympian in history), not to mention a showing at the Track World Championships this week in London.

“It will be a special return to the Amgen Tour of California… the last edition I raced, I ended the week atop the podium. This time, I’m bringing my own team as part of our prep for the Rio Games. It’s one of the best races in the world, we have some great young talent in the team, and so I’m excited to see what we can do,” said Wiggins, who won the Amgen Tour of California in 2014.

The 18 professional men’s teams confirmed for the 2016 Amgen Tour of California include:

The Amgen Tour of California Women’s Race empowered with SRAM will be the first North American stage race of the inaugural Women’s WorldTour. The race will be more competitive than ever, with 7 of the top-10 UCI-ranked teams in contention, including current top-ranked Wiggle High5. Among Twenty16 – Ridebiker’s roster will be Kristin Armstrong (Memphis, Tenn.), the most decorated woman cyclist in U.S. history, including six National Championship titles between time trial and road racing and two World Time Trial Championships.

“The Women’s WorldTour is coming to home soil, and I couldn’t be more excited. This amazing opportunity will showcase women’s cycling on the biggest stage in our sport! The Amgen Tour of California Women’s Race will bring the best of the best including Olympians, World Champions and National Champions representing countries from across the world – and not to mention the event lands just three months before Rio!,” said Armstrong, a two-time Olympic gold medalist in Time Trial and hopeful for the U.S. Rio team.

The peloton will be the most impressive yet with other notable riders to include Evelyn Stevens (Claremont, Calif.), winner of last year’s time trial as well as the 2013 overall title, and fellow Californian Allie Dragoo riding for Twenty16 – Ridebiker. Boels-Dolmans’ Megan Guarnier (Glen Falls, New York), reigning Road Race National Champion and bronze medalist at the 2015 Road Race World Championships, will make things exciting for the peloton.

The full list of confirmed teams for the 2016 Amgen Tour of California Women’s Race empowered with SRAM includes: