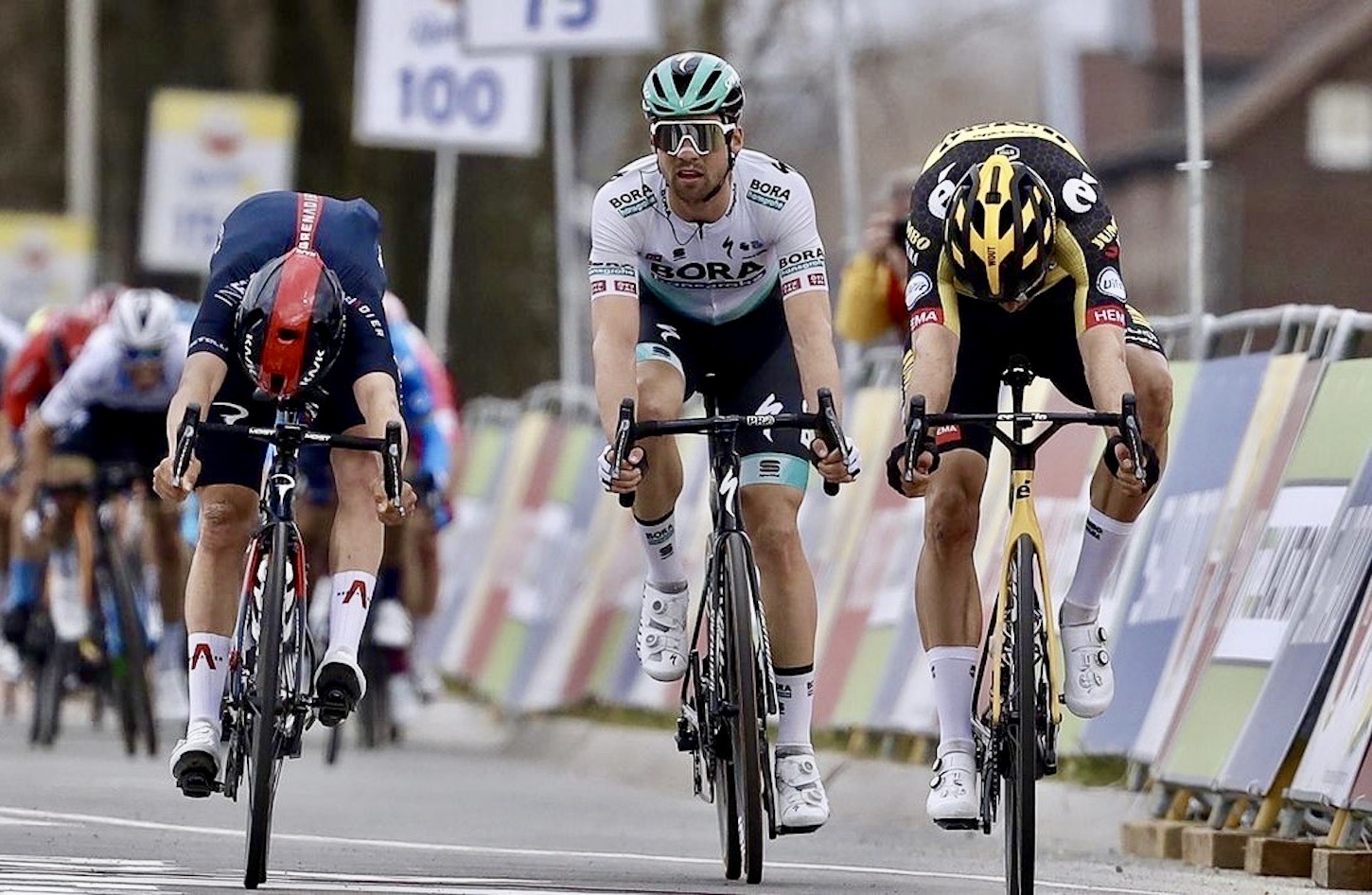 Wout van Aert (Jumbo-Visma) claimed victory in today’s Amstel Gold Race, beating Tom Pidcock (Ineos Grenadiers) in a photo finish, while Max Schachmann (Bora-Hansgrohe) finished third after the trio escaped inside the last 15 kilometers despite a frantic chase from what was left of a fractured peloton.

Van Aert was provisionally awarded victory ahead of Pidcock, although race officials were left to examine the photo finish after the tightest finish in the race’s history.

After a series of aggressive attacks from within the peloton, Pidcock made a bold move that was quickly marked by Schachmann and Van Aert.

From there, the trio worked well together all the way to the final 1000 meters, with Van Aert the first to open up his sprint with 200 meter remaining.

It looked as though the Belgian rider was beginning to fade as Pidcock came around him inside the final 75 meters. But, van Aert found some reserves to nix his British rival by the closest of margins.