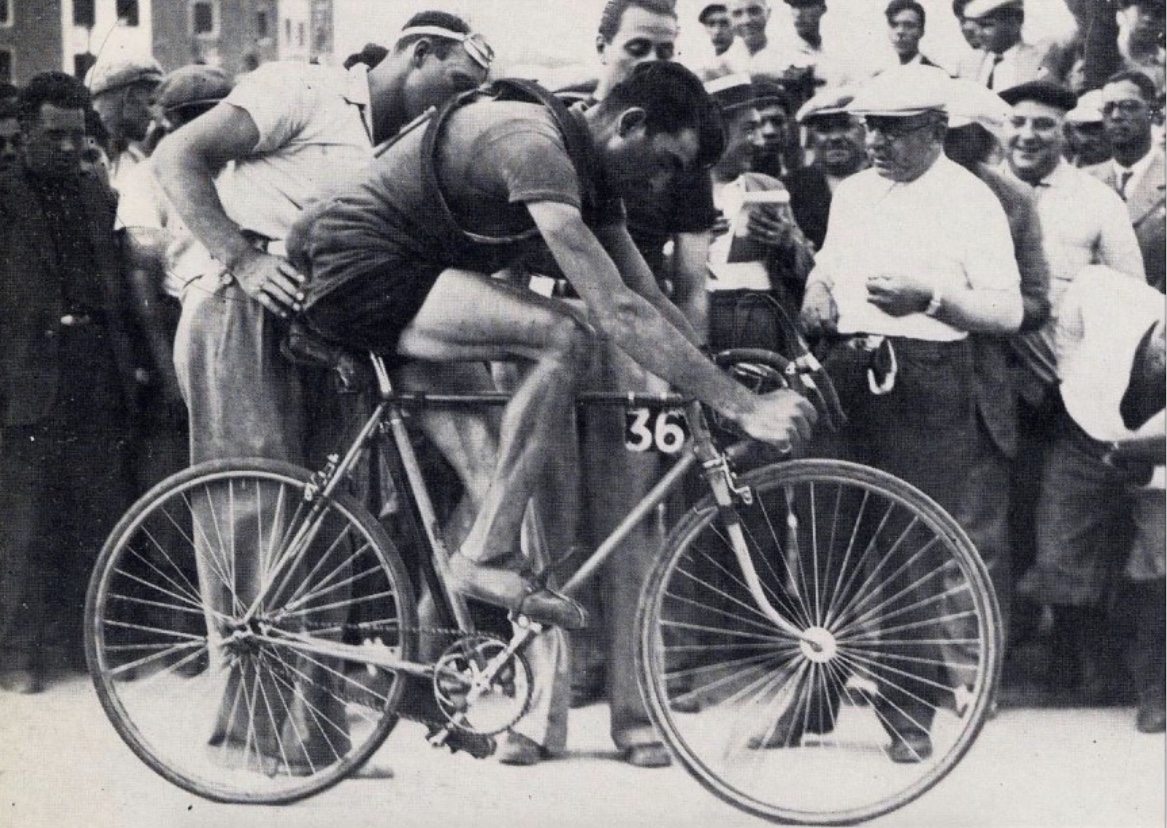 The French rider is best remembered for winning the 1931 Tour de France ahead of Joseph Demuysere of Belgium and Antonio Pesenti of Italy, which was followed up with a second victory in 1934 when he beat Giuseppe Martano of Italy and Roger Lapebie of France.

On his way to claiming the overall victory in the 1934 Tour, Magne wore the leader’s jersey for an astonishing 22 stages, a record which he shares only with Nicolas Frantz of Luxembourg.

In addition, Magne also captured the coveted Rainbow Jersey, after winning the 1936 World Championship Road Race in front of Aldo Bini of Italy and Theo Middelkamp of Holland.

Magne was born in Ytrac, France, and began his professional career in 1927, racing for the Alleluia Team alongside his younger brother Pierre Magne, Julien Moineau, Marius Gallotini, Arsène Alancourt and André Cauet.

That same year, Magne won his first race, the GP Wolber, which was considered the unofficial World Championship Road Race back then, wherein only those cyclists who finished in the top-3 of the major French, Italian, Belgian and Swiss races were invited to participate.

The first GP Wolber was held in 1922. However, when the World Cycling Championship was introduced in 1927 the race started to lose its prestige, with the last edition taking place in 1931.

Magne rode his first Tour de France in 1927, alongside André Leducq as part of France’s national team, who also won the French Grand Tour on two occasions as well.

1931 was the year that marked Magne’s rise to prominence, when compatriot and teammate Leducq was unable to defend his title, moving the young French rider into the role of team leader.

Despite a challenging route and repeated attacks from rivals Pesanti and Demuysere, Magne claimed his first Tour victory.

In 1932, Magne decided not to defend his Tour de France title, instead choosing to race the Giro d’Italia.

Unfortunately, he failed to perform, prompting him to return to the Tour de France the following year, where he barely managed to place in the top ten in the overall classification.

However, Magne returned to the French Grand Tour the next year with a strong French team behind him, where he led the race from the second stage until the end, ultimately winning two stages and the overall title, including the race’s first time trial stage from La Roche-sur-Yon to Nantes, while his team claimed no fewer than 19 of the 23 stages.

Perhaps, the most memorable moments during that year’s race, involved an incident where Magne broke a wheel along the descent from l’Hospitalet to Ax-les-Thermes in the Pyrenees. He was subsequently rescued by the youngest rider on his team, René Vietto, who handed him his own wheel despite being in third place himself.

The next day Magne had trouble again. Vietto was just ahead of him on the Col de Portet d’Aspet, when he turned and saw his leader frantically waving a broken wheel. The young domestique quickly rode to his assistance and sacrificed his wheel once more.

Historic photos show Vietto weeping by the roadside as he waited for another wheel. And, while Magne may have won the Tour, many regard his  acts of loyalty as being the race’s most heroic.

That same year, Magne also won the inaugural Grand Prix des Nations, the first unofficial World Championship for the Individual Time Trial, an event he would dominate for the next two years.

Meanwhile, his performance in 1935 Tour de France was marked by misfortune, as he was forced to abandon the race half-way through after crashing along the decent of the Col du Galibier.

Magne performance in the Tour de France continued to wane from there, mustering a second place finish behind Sylvère Maes in 1936, while skipping next year’s race altogether as a result of injury from a car accident earlier in the season.

Magne rode his last Tour de France in 1938, deliberately crossing finish of the last stage alongside Leducq, earning both riders the victory.

That victorious moment also marked Leducq’s last race as well, as both men retired from the sport that season.

Upon retirement, Magne became a directeur sportif for several successful riders, such as Louison Bobet and Raymond Poulidor of the famed Mercier team.

He is credited with being a mentor to some of the greatest riders of the era, and is considered to be one of the best directeurs sportif in the history of the sport, underscored by his consummate professionalism and always fostering an atmosphere of courtesy and discipline amongst his team.

For instance, he always addressed his riders with a formal “vous” in stead of “tu”, while they in turn addressed him as “Monsieur Magne”.

Magne retired as manager of the Fagor-Mercier team in 1970, and found respite in Livry-Gargan, in the département of Seine-Saint-Denis near Paris for the remainder of his life.

In 2004, the Tour de France honored the centenary of his birth with a stage finish there.

Magne was also made a Chevalier de la Légion d’Honneur in 1962.