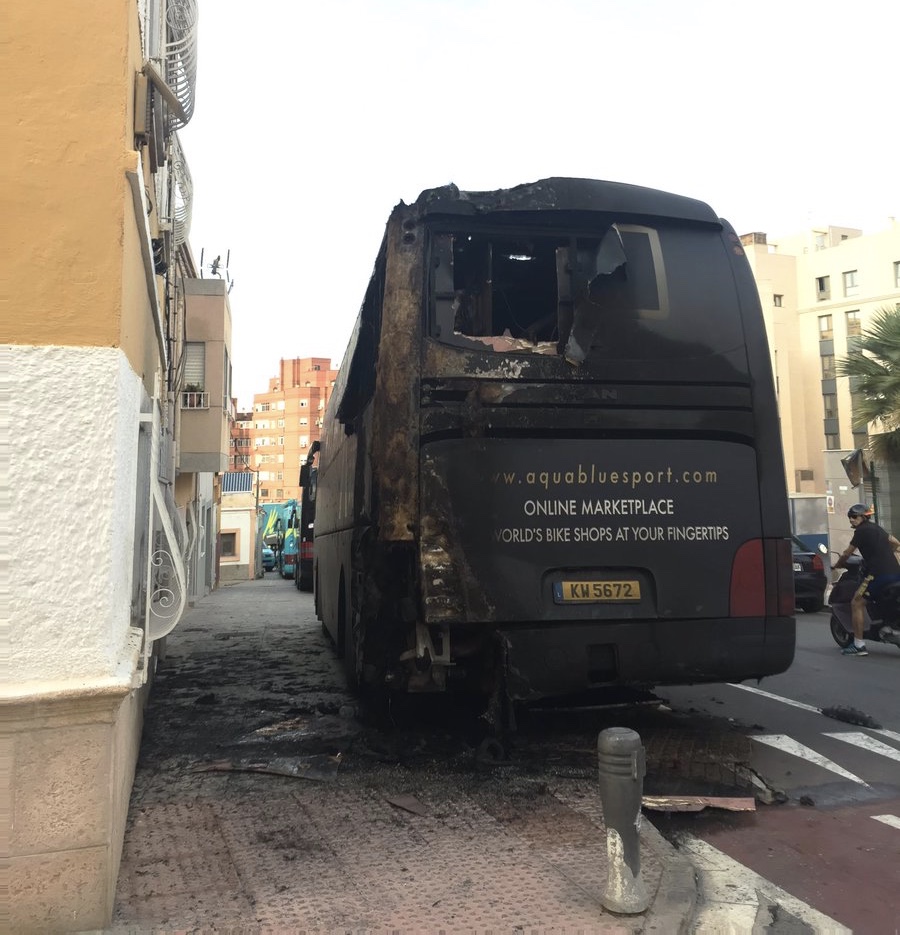 Aqua Blue Sport’s team bus was destroyed in an apparent overnight arson attack at the Vuelta a España.

The Irish Pro-Continental squad earned a wildcard invite to the race and have been active in breakaways during the ten road stages so far.

The team posted several photos of the burned out bus on social media with the caption: “Our team bus has been completely damaged in a cowardly arson attack over night. No one was injured. Police have arrested a suspect. #LV2017”.

The photos show damage at the rear of the bus with a broken rear window. There is also extensive damage to the exhaust while a photo shows the remnants of a spring mattress underneath the bus.

Photos from inside the bus show further damage, including a hole in the roof, fire damage and smoke damage to the floor, walls and roof. Parked on a street, the Aqua Blue Sport Bus was close to the Bora-Hansgrohe and Astana team buses, which can be seen in one of the photos.

On Thursday morning, the Aqua Blue team released further details of the incident, stating that the attack happened at around 1:20 am while the bus was parked on a street adjoining their hotel in Almería. The fire was started by a mattress, which had been placed under the rear of the bus and set alight. As the investigation into the incident continues, the team says it will not release more information but extended their thanks to the fire and police services, and the organizers, for their help.

“We would like to extend our gratitude to the Fire Service and the Police for their help during this difficult time. We would also like to thank Unipublic and ASO for their assistance”, said Aqua Blue.