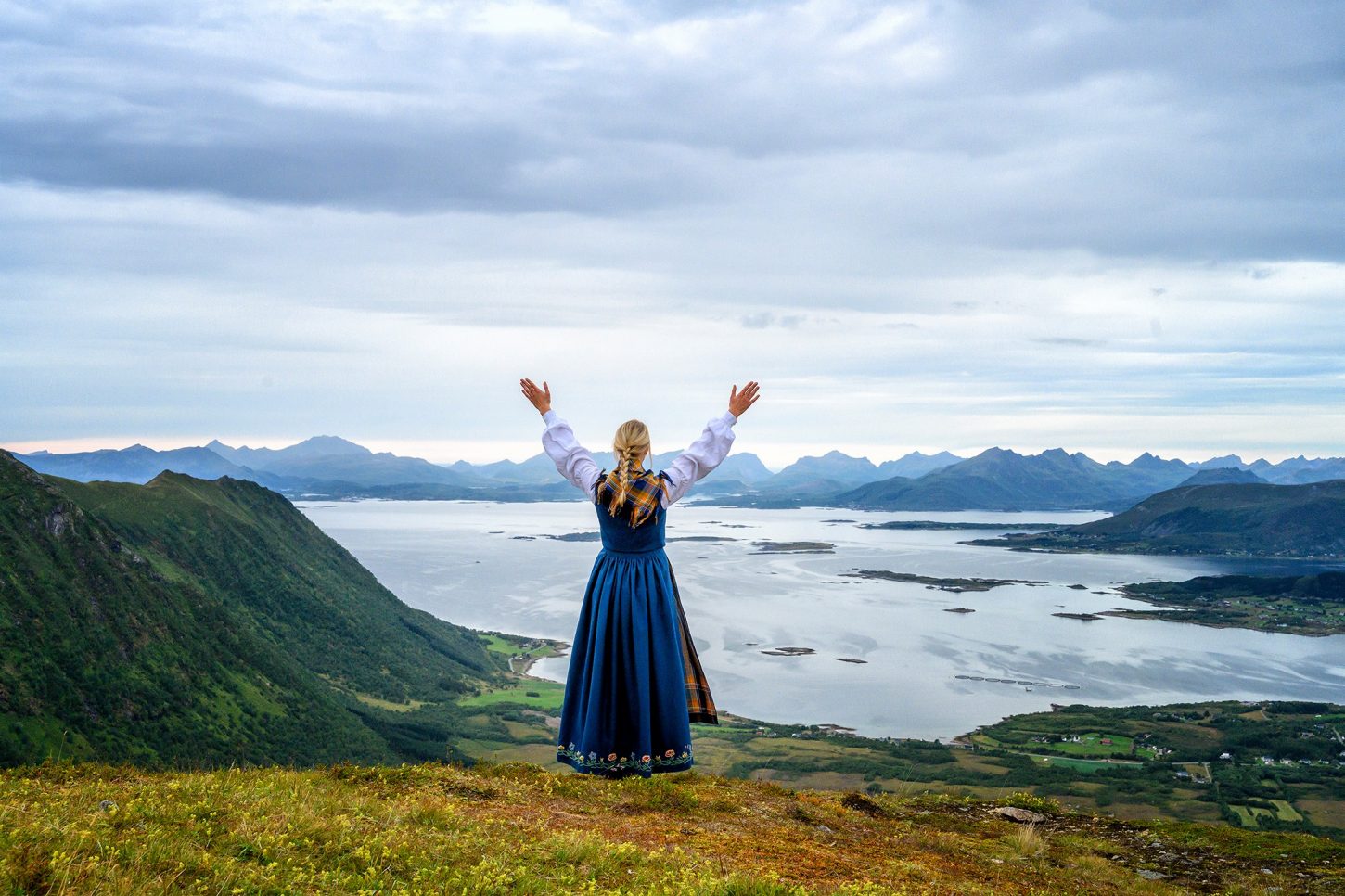 Lutsenko attacked with five kilometers to go on the hilly circuit, but Barguil and others were quick to neutralize his aggressions.

Meanwhile, all Barguil could do was watch overall victory slip from his fingers.

Many skirsmishes took place during the first part of the race. Green jersey holder Mathieu van der Poel (Corendon-Circus) broke away at km 18 along with his team-mate Lasse Norman Hansen and five other riders but they got brought back before the first intermediate sprint at Kongsvik, km 27.5, where Andrea Pasqualon (Wanty-Groupe Gobert) outsprinted Warren Barguil (Arkéa-Samsic) and Krists Neilands (Israel Cycling Academy). Therefore, the race leader extended his advantage over runner up Alexey Lutsenko (Astana) by two seconds. The second fight of the day was for the King of the Mountains. At Gullberget Summit, km 47, Jonas Hvideberg (Uno-X Norwegian Development Team) crested in first position ahead of Tom-Jelte Slagter (Dimension Data) and Van der Poel who participated in a 14-man breakaway that generated a six-man strong front group at half way into the race: Hvideberg, Slagter, Andreas Vangstad (Joker Fuel of Norway), Tom Van Asbroeck (Israel Cycling Academy), Pascal Eenkhorn (Jumbo-Visma) and Otto Vergaerde (Corendon-Circus).

Pavel Kotchekov (Katusha-Alpecin), Johan Le Bon (Vital Concept-B&B Hôtels) and Kenny Molly (Wallonie-Bruxelles) bridged the gap to make it a 9-man leading group with 50km to go. Astana and Arkéa-Samsic were the most committed teams at the helm of the peloton, especially the Kazakh team eager to put Lutsenko in a position to contest more time bonuses. The breakaway split and four riders entered the finishing circuit in the lead: Van Asbroeck, Eenkhorn, Vangstad and Hvideberg. The peloton didn’t catch them before the second intermediate sprint of the day with 31.5km to go where Vangstad passed first in front of Eenkhorn and Hvideberg. It was all together again with 29km remaining.

Stage 3 winner Odd Christian Eiking of Wanty-Groupe Gobert went on the hunt for the King of the Mountains jersey with 26.5km to go. Jimmy Janssens (Corendon-Circus), Kristian Aasvold (Coop), Lucas Erikson (Riwal) and Mads Würtz Schmidt (Katusha-Alpecin) got a gap at 20km to go. It was all together again with 17km remaining. Lutsenko beat Barguil for the third and last intermediate sprint with 10km to go. Markus Hoelgaard (Uno-X Norwegian Development Team) went clear in the last climb with 6km to go. He forged on and fended off the return of Grøndahl Jansen of Jumbo-Visma who chased by himself in the last kilometer but couldn’t bridge the gap onto his compatriot. Lutsenko rushed to third place, which awarded him four seconds bonus, the equivalent of his deficit to Barguil, but one second on the line between them two made the Kazakh champion the seventh winner of the Arctic Race of Norway rather than the French champion.

The “heroes of tomorrow” races were contested in Narvik before the arrival of the Arctic Race of Norway. Scotland’s Anna Schackley won the girls’ race ahead of Norwegians Elise Marie Olsen and Anne Dorthe Ysland while Norwegian boys captured the top 4 places with Dennis Gråsvold taking a solo win 4’’ before Tord Gudmestad, Sindre Hvesser Brein and Johannes Staune-Mittet. Britain’s Adam Scarffe finished 5th.