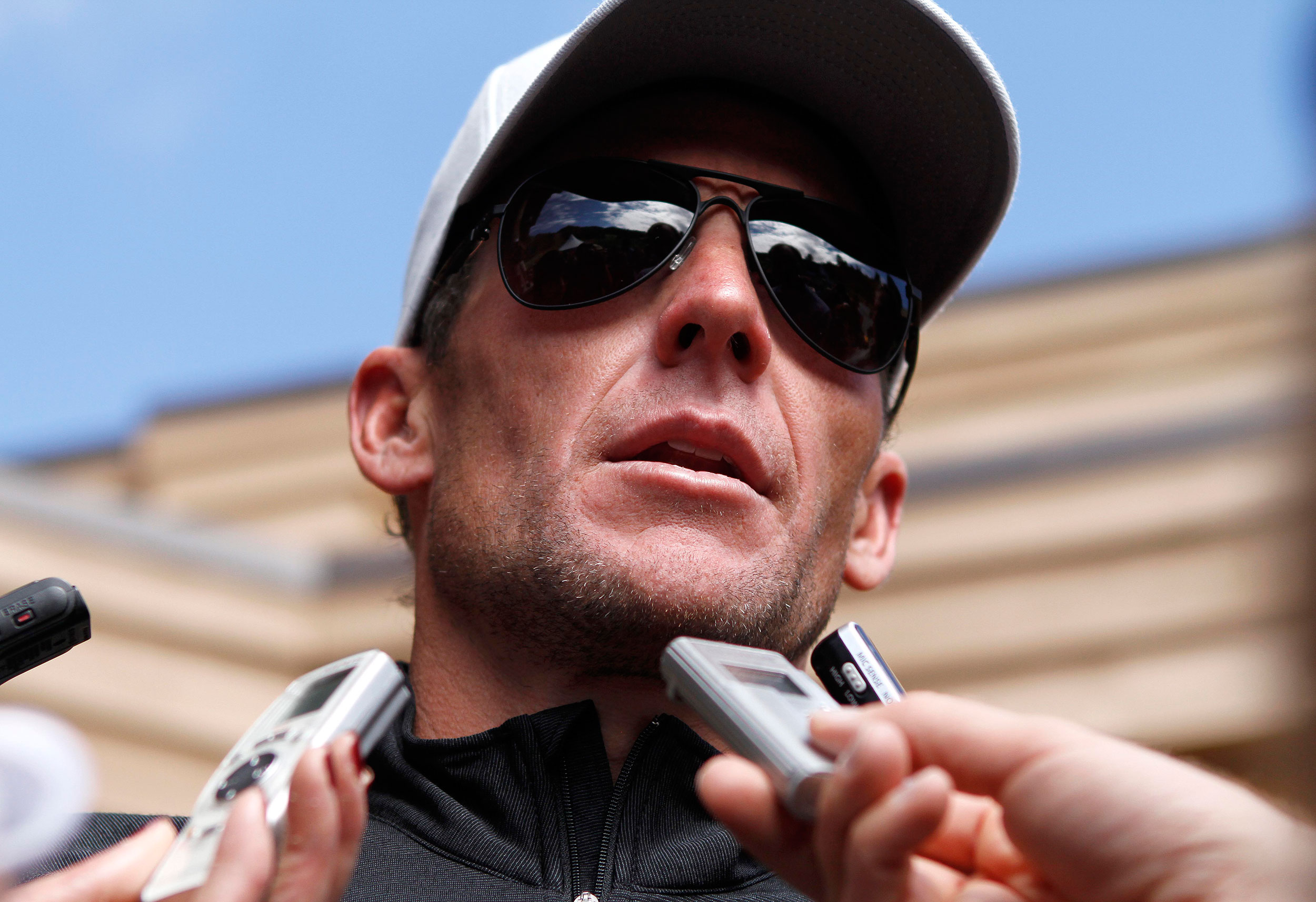 Former British soccer player, Geoff Thomas, has plans to team up with Lance Armstrong, and ride the route of 2015 Tour De France – for charity.

According to an article in the British newspaper, The Daily Mail, Thomas, who’s planning to ride the route for his Cure Leukemia charity, flew to the United States to persuade Armstrong to join him in riding a couple of the stages at the start of this year’s race in Utrecht, Holland.

The report indicates, that Armstrong has agreed to join Thomas, saying:

“Of course I will,’ he says. “I have to say I’m humbled you’ve made the effort to come all this way.”

Thomas said about Armstrong, whose book “It’s Not About The Bike”, inspired him said:

“As soon as you talk to him about cancer it’s obvious he wants to get back and help. I sensed a lot of pain there, that the door was closed on him by Livestrong. Because that’s where he wants to get back to. But I have a vehicle that can get him involved again now. And after what he did for me 12 years ago I’d like to do that. I’m not a religious person but I believe in right and wrong and I also believe in forgiveness.”

“If anything I’m using Lance here. “I’ve pursued him. I’ve flown to Texas to see him. I’ve persuaded him to get involved again.

“I believe bringing him back into the world of fighting cancer can only be good. And if I’m wrong at least I’ve tried. But I’m not sticking my neck on the line here on a whim. I’ve been thinking about this for a year.

“I believe he can still be an inspiration in the way I hope I am when people discover they have cancer,’ he says. ‘The day [ex-Aston Villa footballer] Stiliyan Petrov was diagnosed [with leukaemia] he called me because at that moment he needed something positive.

“But look, this actually isn’t about Lance and isn’t about me. It’s about the people who got me to the top of those mountains back in 2005, when my body really wasn’t ready to take on a physical challenge like that.

“It’s about Clare, Stephen and Mark. They were friends I made in the unit and they were desperate to survive. And they died so young because the drugs that might have saved them weren’t available.”