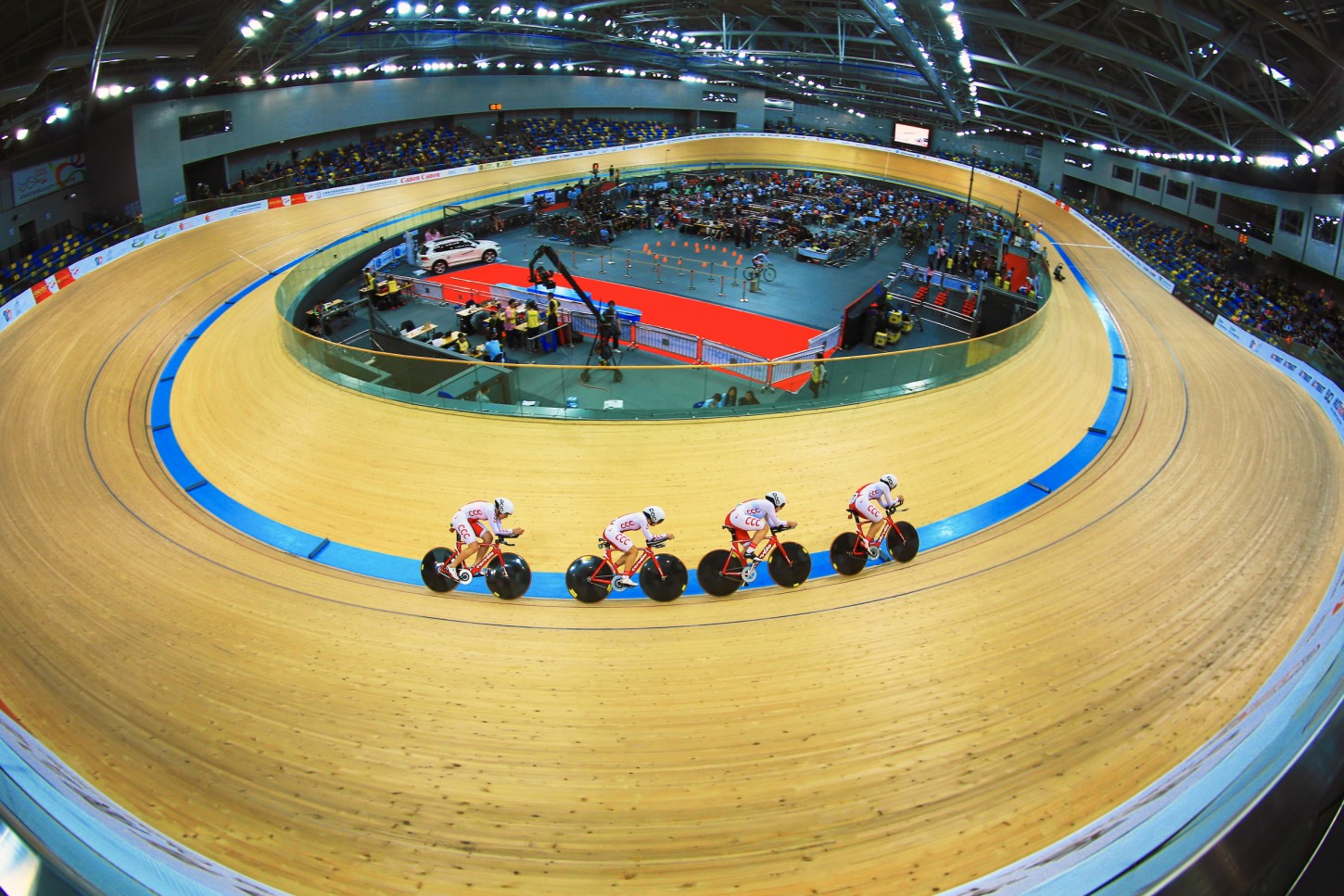 When the UCI Track Cycling World Championships presented by Tissot get underway in Hong Kong on April 12th, it will be only the second time the event has taken place in Asia, after Japan in 1990, at Green Dome Maebashi, in Maebashi.

While the Keirin has a long history in Japan, dating back to the late 1940s, Asian nations did not begin to see success on the track at the UCI World Championships until a few decades later, with the first Asian medal going to Japan in 1968, in the Men’s Amateur tandem sprint; an event no longer contested.

Asian nations have won 19 world titles, mostly in sprint events. Japan leads the UCI World Championships medal standings for the continent, with a total of 34 medals – 12 gold, 8 silver and 14 bronze. In 1975, Ryoij Abe won a bronze medal in the Men’s sprint, at the start of what would become a period of Japanese domination of the event, led by the great Koichi Nakano, who won ten straight world titles. Japan won a total of 24 medals in the Men’s Sprint between 1975 and 1989 (11 gold, 6 silver, 7 bronze). In 1987 Harumi Honda won gold in the Men’s Keirin, and Japan has won 7 medals in that event – one gold and six bronze. Japan has also won silver in the women’s points race (2015), plus two medals in the Amateur tandem sprint (1990 silver and 1968 bronze).

China is the second most successful Asian nation at the UCI World Championships with 26 medals (4 gold, 14 silver, 8 bronze), but has been catching up fast in recent years. Chinese athletes have won four world titles, beginning with a Women’s Keirin title in 2002, the first year a title was awarded for the event. China has focussed on women’s sprint events, achieving great success. They have won eight medals in the team sprint (1 gold, 5 silver, 2 bronze), eight in the sprint (1 gold, 4 silver, 3 bronze) – including the reigning UCI World Champion Zhong Tianshi – five in the 500m time trial (3 silver, 2 bronze) and five in the Keirin (2 gold, 2 silver, 1 bronze).

The host of these UCI World Championships, Hong Kong, has six world medals, with three world titles plus one silver and two bronze medals. Lee Wai Sze is the star of the Hong Kong team, with a world title (2013) and a silver medal last year in the 500m time trial. Lee Wai Sze also has a bronze medal in the Women’s sprint and won bronze in the Keirin at 2012 Olympics, the third Olympic medal ever for Hong Kong and their first in cycling. Hong Kong has also had success in the Men’s Scratch race, with two gold medals and a bronze – with Wong Kam-po (2007) and Kwok Ho Ting (2011) each winning the world title.

Azizul Hasni Awang has won four of the five medals that have gone to Malaysia, with silver medals in both the Men’s sprint and Keirin, plus bronze medals in the Keirin for both of the past two years. Malaysia also has a bronze medal by Mohd Rizal Tisin in the Men’s 1km time trial.

While traditional track nations such as France, Great Britain, the Netherlands, Italy and Australia continue to lead the rankings, the top Asian nations are steadily improving, particularly in the sprint events.