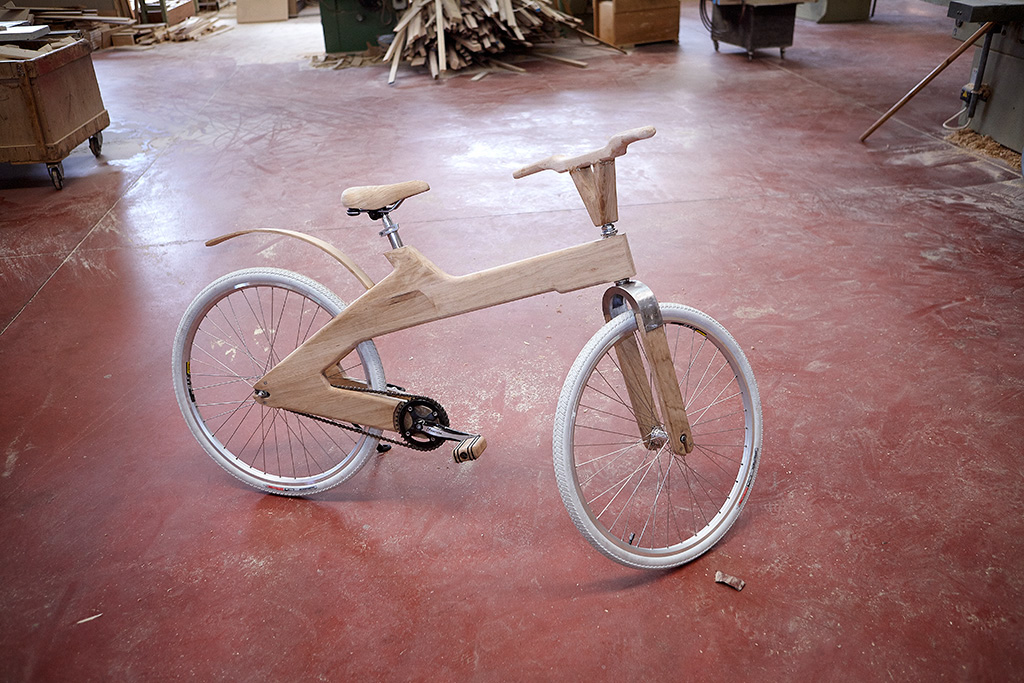 While reducing one’s carbon footprint and adhering to the canons of sustainability have been thrust into the consciousness of each and every one of us, few industries like cycling have really set their goals on accomplishing that end.

As a result, we’ve been treated to exotic and unusual bikes that have seemingly sprung up from the earth, comprised of such natural materials as bamboo, flax and wood.

A recent example of this, is a bicycle devised almost entirely of wood, which created specifically for the COCO-MAT – a company that’s known for its high quality sustainable goods.

The Athina wooden bike was created by the Greek industrial design team of AKTO, which is available in two editions, the Fitness and City, both of which are equipped with SRAM’s automatic two-speed hub, which is capable of changing gears automatically, along with a Sturmey-Archer front brake.