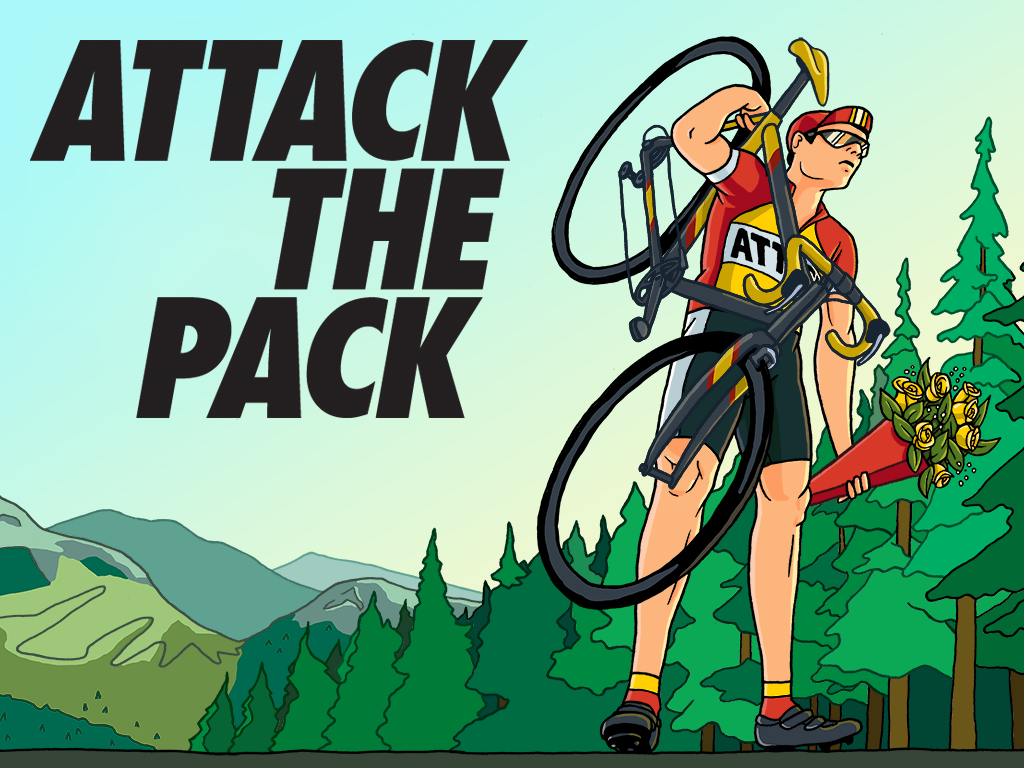 The card game that brings the beautifully brutal experience of professional bike racing to your jersey pocket!

Attack The Pack is a card game that replicates the experience of a pro bike race from your jersey pocket. It can be played at home, at the coffee stop or after dinner during a three-week grand tour…

In Attack The Pack you deploy a team of riders against your opponents to attack the peloton, create a winning breakaway and finally take on that agonising sprint to the finish. Will you collude with your opponents, backing them up until the final sprint? Will you conspire against them, building an alliance and leaving them trailing in your wake? Or will you just go hell-for-leather from the starting line, trusting everyone else to do the dirty work?

Whatever you choose, that’s only the beginning of the challenge! The course itself, weather conditions and individual moments of brilliance from riders make Attack The Pack as beautifully unforgiving as real racing. The game is for 2-4 players and lasts approx 20min.

Attack the Pack is designed to fit in a jersey pocket so you can take it with you and enjoy it mid-ride. Cards are beautifully illustrated by Adrienne Hawkes and laid out by Tom McEvoy.

This is just the beginning for Attack The Pack. We already have ideas for extensions, enhancements and expansion packs, but we need your support to make it happen.

We’ve been developing Attack the Pack for the past 18 months. We’re in the latter phases of play-testing, we’ve begun illustration and we’re finalising our production partners. All we need to get Attack the Pack over the line is your support.