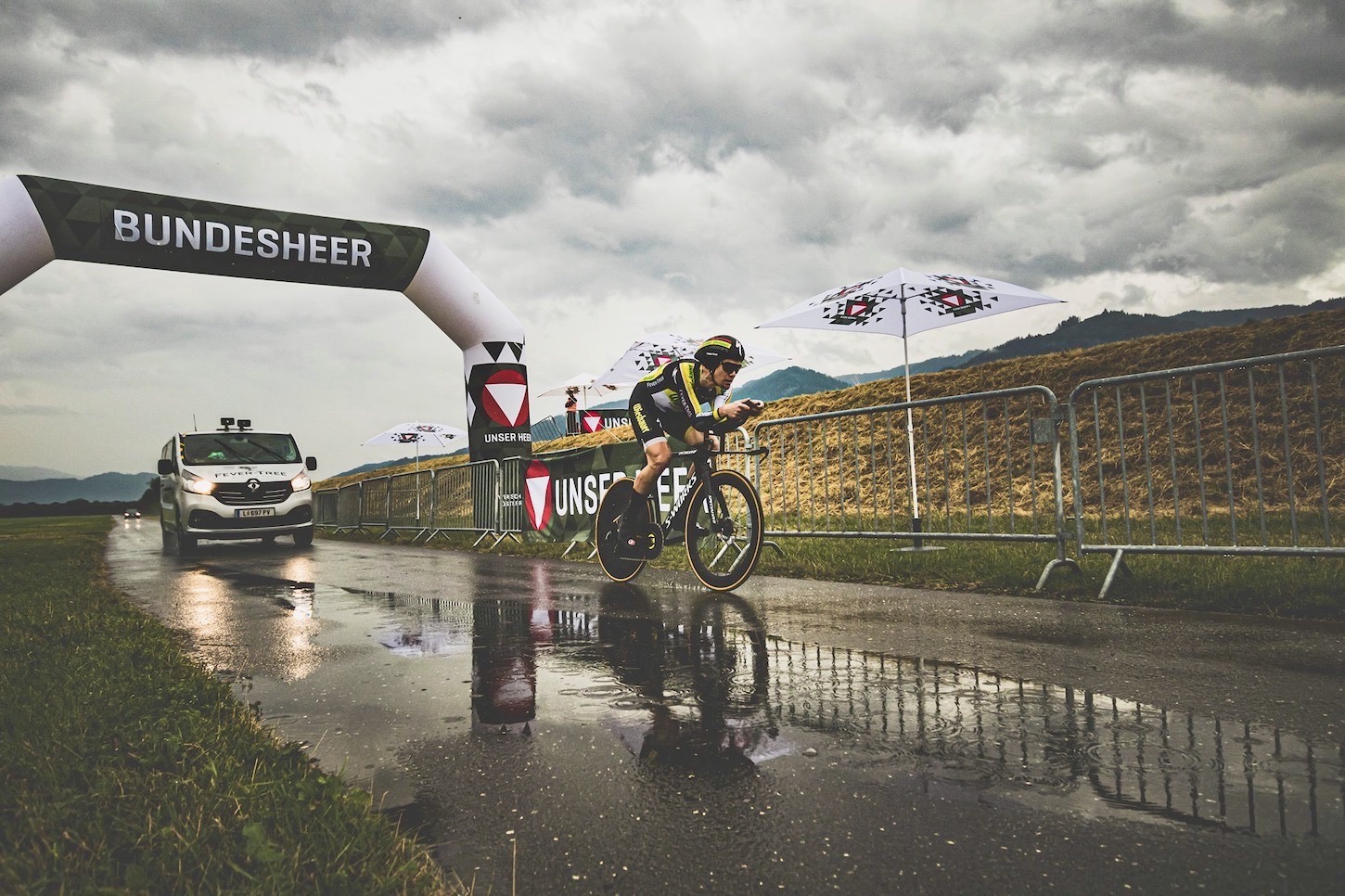 Ultracyclist Christoph Strasser set a new world record for the greatest distance ridden outdoors in 24 hours, after the Austrian covered more than 1,000 kilometers on Saturday – the last eight hours of which were ridden in the rain.

The six-time winner of the Race Across America, smashed his own record of 941 kilometers that he set back in 2017 at an indoor velodrome track in Grenchen, Switzerland.

This time, Strasser set-out to beat the outdoor record of 914 kilometers that was held by Slovenia’s Stanislav Verstovsek at the Zeltweg Air Base in his home region of Styria.

According to Strasser, he consumed 14,400 calories and had a normalized power output of 275 watts.

“I’m so happy and grateful that I made it despite the weather,” Strasser said afterwards. “The atmosphere was so great and the spectators were incredibly motivated.

“It went so well from the start and after 12 hours I was at an average speed of 45kph. From then on I focused on the 1,000 kilometres.

“A big thank you to everyone and of course to the armed forces for the great support,” he added.

Strasser now holds two of the three WUCA 24-hour records, missing only the outdoor track version, which stands at 915 kilometers that was set last year by Luxembourg’s Ralph Diseviscourt.