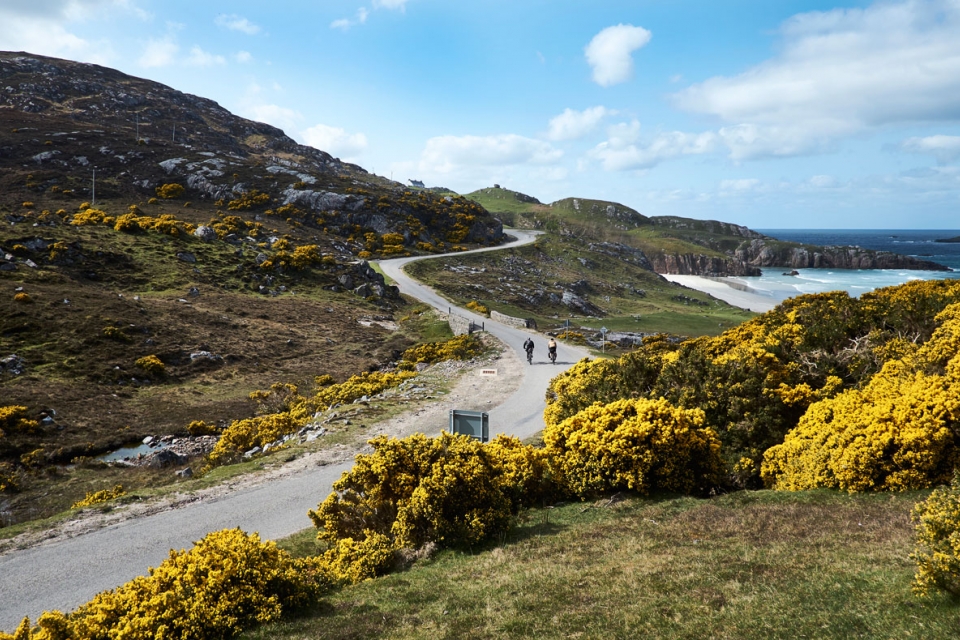 words and photography by Stefan Amato and Jordan Gibbons

The seeds for this trip were sown across two bike tours: first – our Lost Lanes Overnighter, when I (Stefan) found a beautiful 1971-75 OS Second Series 1:25,000 map sheet of Cape Wrath in an old Hay-on-Wye bookshop and, more recently, during our Exmoor 200 ‘AAA’ Weekender when Will from Brother Cycles mentioned that he wanted to take their soon-to-be-released 29er – ‘the Big Bro’ – on a testing voyage before tackling the Tour Divide. The best trips and ideas are forged on the road – the perfect time to think, to dream, and get to know people. I had this journey I’d been longing to ride in my mind, and by the end of the Exmoor tour, Will and I decided to travel to the very north-westerly point of the UK via the ‘Cape Track’ and explore her wild surrounds by bike together.

You can read the full article at Pannier.cc.