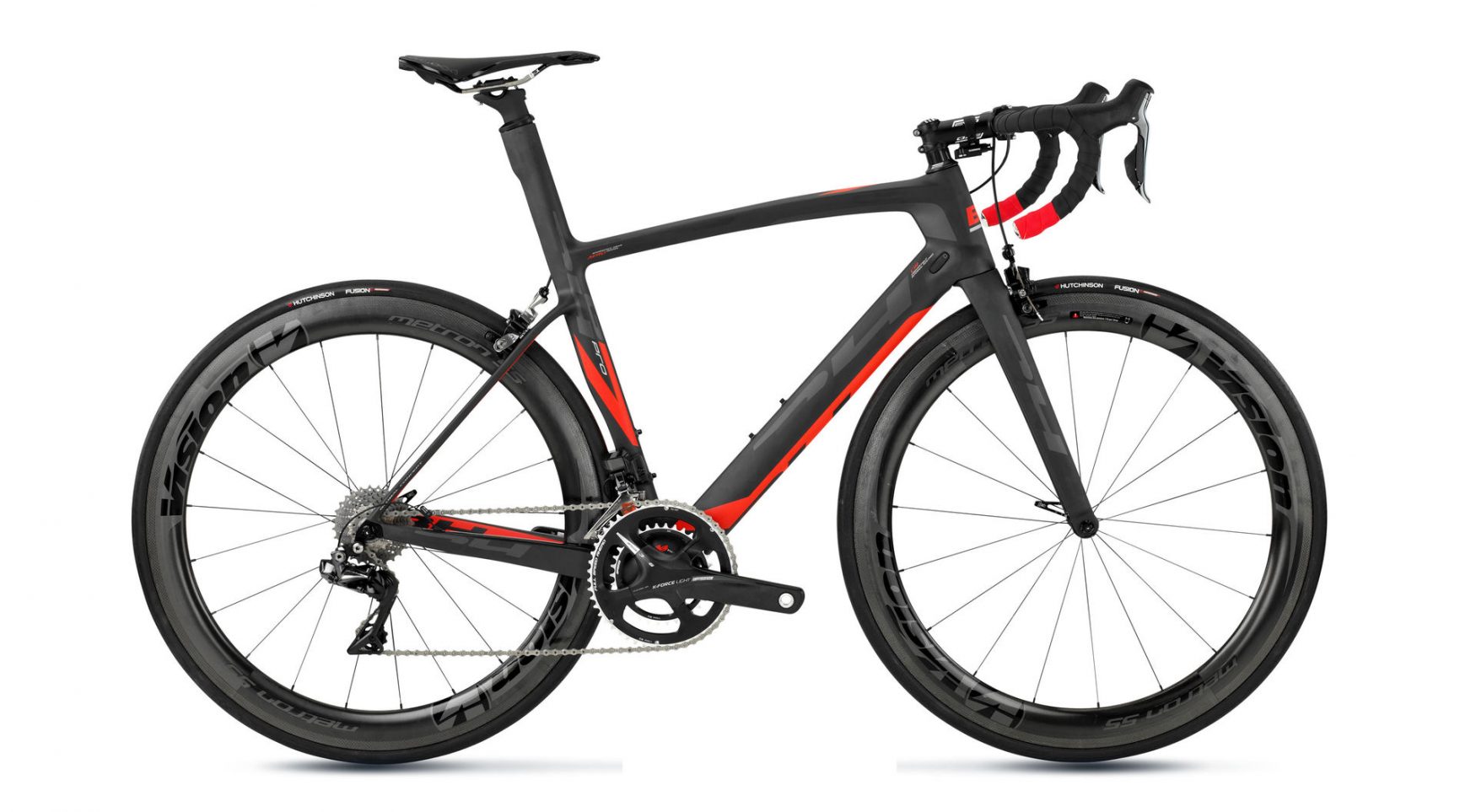 While the G7 is by no means a new model in BH’s range of road bikes, the Spanish brand has unveiled details of a revised version of its flagship aero road bike, which features a lighter and more sophisticated frame and a return to traditional caliper brakes.

Currently being ridden in the Tour de France under the auspices of Team Direct Energie, the latest G7 ProFeatures a reworked monocoque frame that comprises a mix of high modulus Toray T50 and T80 carbon, along with a revamped lay-up process that’s produced a significantly lighter version over the current model.

According to BH USA’s brand manager, Matt Sodnicar, the new G7 Pro tips the scales at a feathery 810 grams in a size medium.

However, in addition to putting the G7 Pro on a diet, the impending model features newly configured seat-stays and relocates the rear brake from underneath the bottom bracket to a direct mount set-up atop the seat-stays, as compared to BH’s current set-up on its G6.

This should come as a delight to traditional “roadies”, as the current G7 is presently only available with disc brakes.

According to Sodnicar, the new G7 Pro, which by the way BH is calling its Aero Revolution, will be available in five sizes, along with a range of different “builds” across Shimano’s Dura Ace and Ultegra groupsets.

The G7 Pro is expected to become available sometime in early autumn, with pricing to be announced.