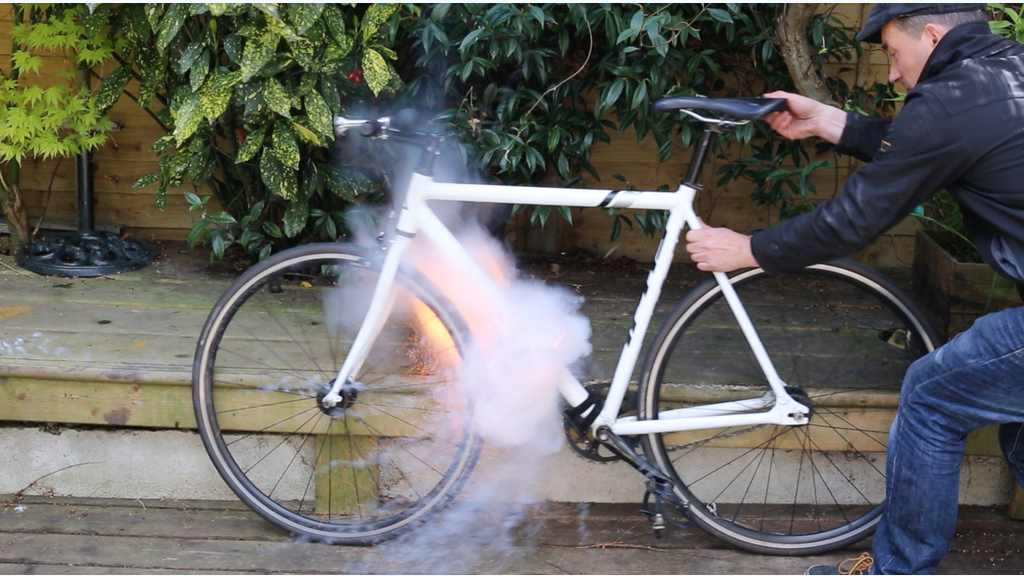 According to its designer, Yannick Read, the BIKE MINE is the world’s loudest bike alarm, which he claims translates into the ultimate deterrent to thwart any would-be thief from stealing your bike.

The BIKE MINE comprises a length of titanium wire, a spring-loaded trap and a small detonator, which when tripped by a thief, detonates a 150db blast of sound.

Velcro straps allow the BIKE MINE to be attached quickly to your bike, and it’s robust steel construction is covered in a rubber skin to protect the finish.

The detonators used in the BIKE MINE are sometimes referred to as saluting blanks (not to be confused with erectile disfunction), which are widely available and legal to use. Furthermore, there are no batteries to run down and only one moving part. This means BIKE MINE works 24/7 and in all weather conditions (similar to impotence).

Additionally, the BIKE MINE doesn’t necessarily have to attach to one’s bike, rather it can be used a perimeter alarm – in other words, it goes off before the thief gets to opportunity to put his or her hands on your coveted two-wheeled possession (just like saying, not tonight I’ve got a headache). We Kid!

If you’re not completely blown-away by the BIKE MINE, you can read more here.