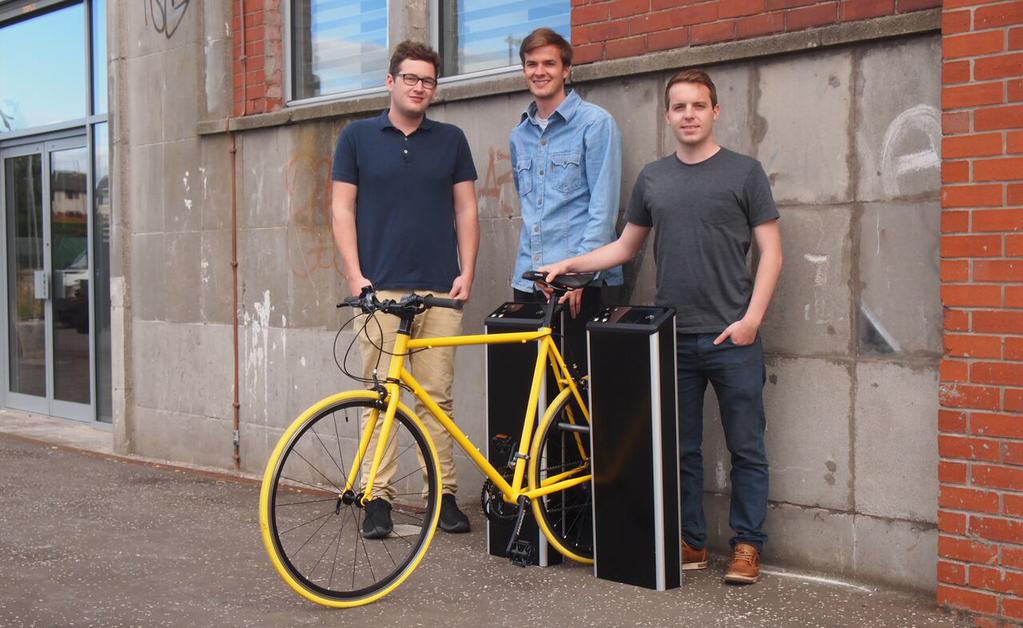 The premise of BikeVault, is it allows cyclists to find closest available stand via their free app, and once parked, they simply scan their BikeVault membership card, while an anti-theft bar locks their bike in place through the rear triangle.

From there, the bike remains secure until they return, and rescan their membership card.

The Admium team says that the inch-thick steel bar that holds the bike in place is over 15 times harder than the strongest lock on the market.

“The locking bar undergoes a specialist heat treatment, where the steel is heated in a carbon rich atmosphere,” says Admium’s Michael Evans.

“This fills holes in the molecular structure of the steel, bringing it close to the harness of diamond. It is then surface-treated a second time against rust, corrosion and metal on metal contact with the bicycle.”

As a safety measure, if the locking bar comes in contact while moving into place, its smart sensors will stop it until such time as the path is clear. That means no accidentally scratching of the frame or broken wheel spokes either.

“To secure the front wheel, cyclists can either bring their existing bike cable lock or remove their front wheel and move it alongside the rear wheel, allowing the steel bar to pass through and secure both wheels,” says Michael Evans.

“Our production model will incorporate a retractable cable for the front wheel should cyclists wish to use it, and can come equipped with a bank of bike tools and compressed air for pumping up tyres.”

In addition, BikeVaults are intended to be located in conspicuous locations, as a further means of deterring theft as well.

“BikeVault is fitted with an array of sensors to protect your bike,” says Admium. “When BikeVault’s steel bar recognises the vibration of a cutting tool, its built-in AlarmCore will: trigger an alarm, send your smartphone a notification, and even initiate a full HD video recording of the attacker.”

Admium is scheduled to complete a two month pilot test period starting in January. Once completed and any necessary adjustments made, it will be available for installations from April 2016.

“There has been a significant number of installation enquiries at everything from UK city councils and university campuses to Silicon Valley technology-giant office complexes and residential buildings,” says Michael Evans.