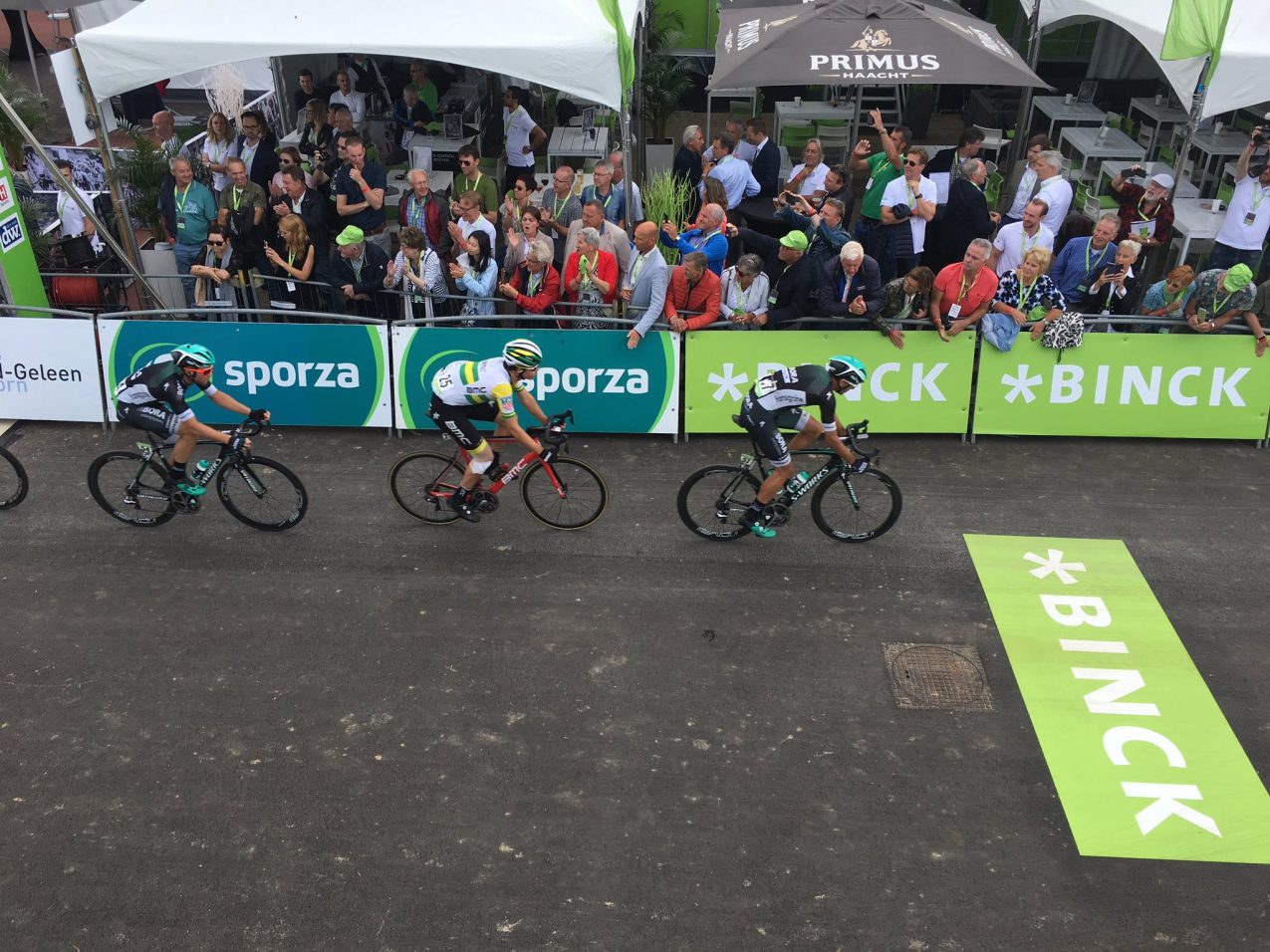 Lars Boom (LottoNL-Jumbo) claimed stage five of the BinckBank Tour today, which not only netted the Dutch rider the stage victory, but moved him up into the overall race lead.

Boom was part of a small group which managed to escape off the front with 12 kilometers remaining, before launching an attack of his own during the final two kilometers that saw the LottoNL-Jumbo rider cross the finish in solo fashion ahead of a small chase group being led by Peter Sagan (Bora-Hansgrohe).

Race leader Stefan Küng suffered a puncture with just under 40 kilometers to go, causing the BMC rider to lose considerable time and fight his way back to the peloton.

With 15 kilometers remaining, Tim Wellens (Lotto-Soudal), Alexis Gougeard (Ag2r La Mondiale) and Michael Valgren succeeded in bridging their way across to the escapees, with a number of other riders joining them after the short, steep climb.

Among the riders coming across were Tom Dumoulin (Team Sunweb) and Sagan, the latter launching a short-lived attack with 10 kilometers to go.

However, the World Champion’s move proved futile, promptly him to launch a subsequent attack with 6 kilometers remaining, that served to stretch out the lead group, before Jasper Stuyven (Trek-Segafredo) counter-attacked with Gougeard fast on his wheel.

But, Stuyven and Gougeard would only enjoy a few kilometers in the limelight before being caught.

Shortly thereafter, Boom commenced his winning move, quickly opening up a large gap that proved insurmountable for the chase to close.