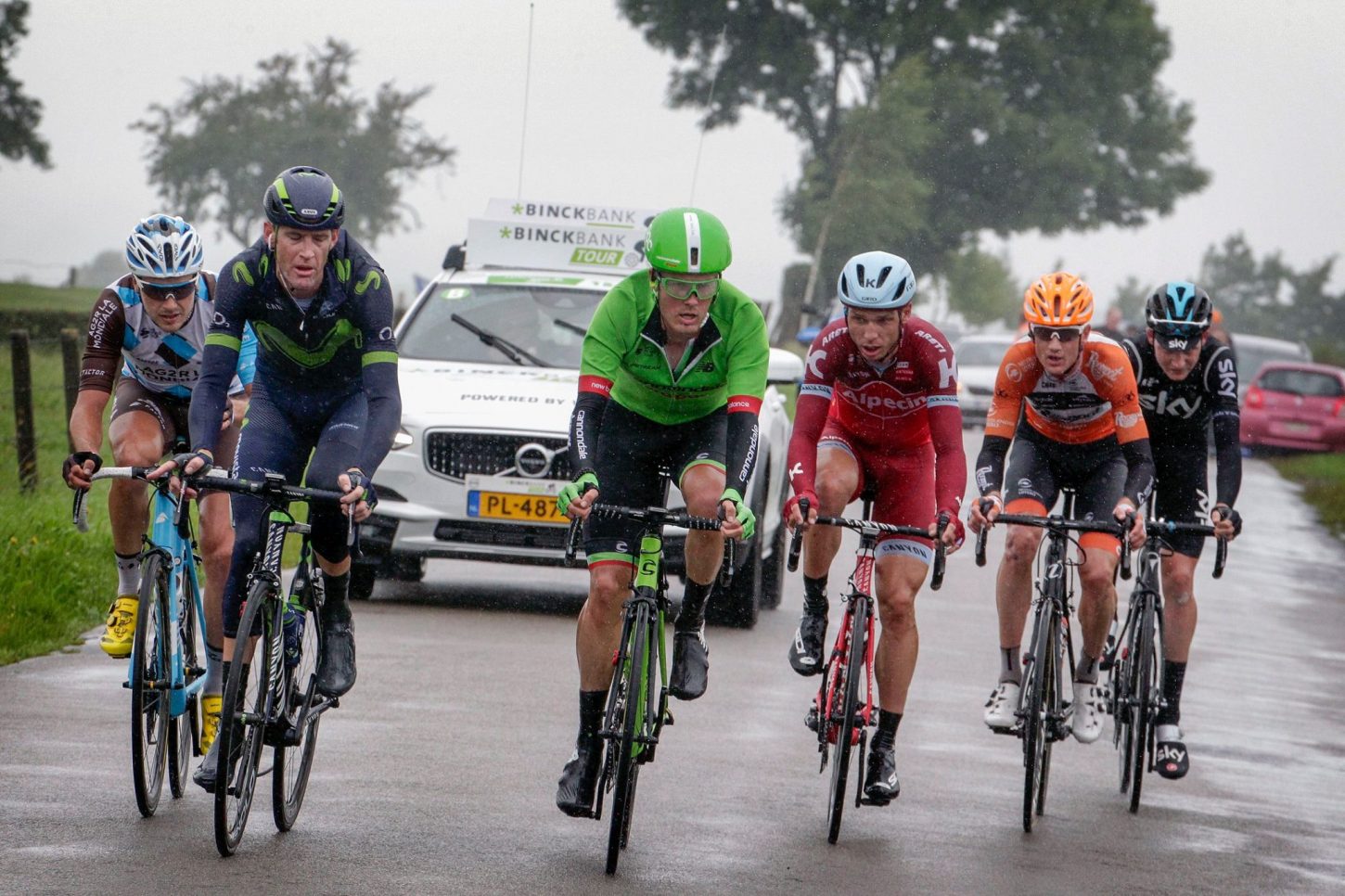 Wellens was keen to follow Peter Sagan‘s (Bora-Hansgrohe) attacked with 26 kilometers to go, but the world champion’s efforts were quickly sidelined after he suffered a puncture, with no neutral service or team car nearby to assist him.

As a result, Sagan was forced to drop back, while Wellens continued to push on, picking up the first time bonus of the Golden Kilometer.

However, at one point the gap between the Van Avermaet group and Wellens fell to below 10 seconds. Yet, despite the catch looking imminent, the duo continued working well together – gradually increasing their lead.

Wellens led into the final stretch, while Dumoulin tried in earnest to remain on terms with his Belgian rival. But, the Dutch rider was unable to overhaul Wellens during the waning moments to the finish, and was forced to settle for second.

The consolation for finishing second however, served to move Dumoulin up into the overall race lead.

Over time however, the escapee’s lead dwindled down to around 50 seconds heading towards the difficult Côte de Saint Roch on the final finishing circuit with 33 kilometers still to go.

It was along the top of the climb that the breakaway group was finally caught, while the peloton proceeded to split into several groups with only the main players coming to the fore.

Naesen was the first rider to attack with 26 kilometers to go, before Sagan initiated a counter-attack just two kilometers later.

But, Sagan’s efforts were later thwarted by a puncture with no immediate assistance in sight. Yet, even after the Slovakian remounted, he received little to no help from race leader Lars Boom, Sep Vanmarcke (Cannondale-Drapac) and Philippe Gilbert (Quick-Step) in closing the gap on Wellens and Dumoulin.