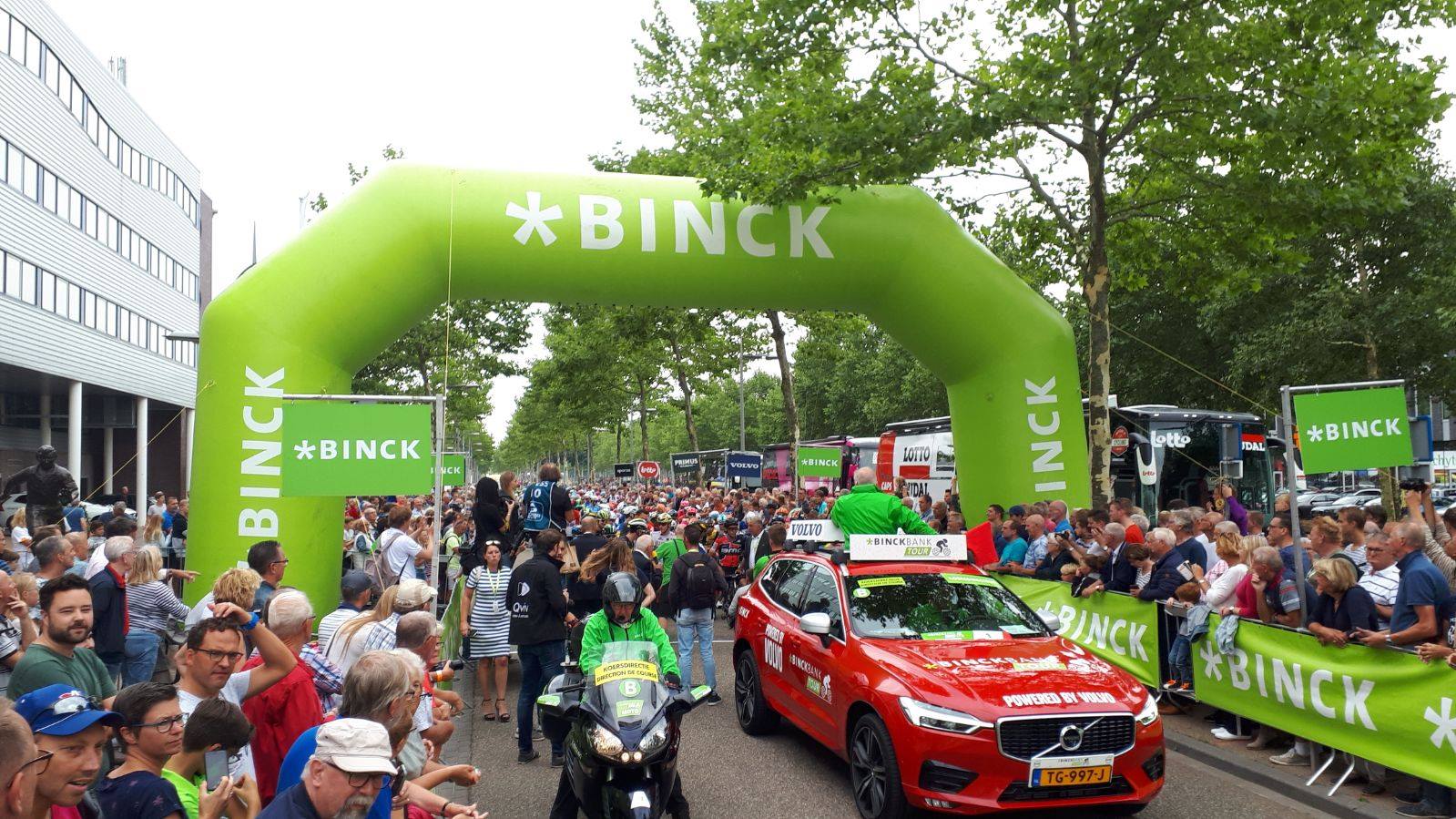 The rain and wind made a seemingly ‘easy’ flat stage way harder than anticipated. The sprinters’ teams, particularly LottoNL-Jumbo (for Groenewegen), Quick-Step Floors (for Jakobsen) and Mitchelton-Scott (voor Ewan) worked hard to keep the breakaway within their grasp, never giving them more than four minutes.

With 13 kilometers to go the six riders were caught as it finally stopped raining. De Bondt did enough to take the lead in the Primus combativity classification by coming through in first position at the first Primus Checkpunt and in second at the second point. De Bondt and Reinders also grabbed the most seconds of the breakaway, scoring five seconds in the Binck Golden Kilometer, a triple intermediate sprint placed at 22 km from the finish.

A bunch sprint was inevitable, although Jan Willem Van Schip (Roompot-Nederlandse Loterij) tried to defy the odds with a late attack. The lead-out trains fought each other hard, with Quick-Step Floors installing its sprinter Fabio Jakobsen in pole position. The Dutchman finished off the job superbly with a powerful sprint, beating Marcel Kittel, Caleb Ewan, Kristoffer Halvorsen, Max Walscheid and Dylan Groenewegen. By virtue of ten bonus seconds for the stage winner, Jakobsen is also the first leader of the BinckBank Tour. He will defend his green leader’s jersey in Tuesday’s 12.7 kilometer individual time-trial in Venray.