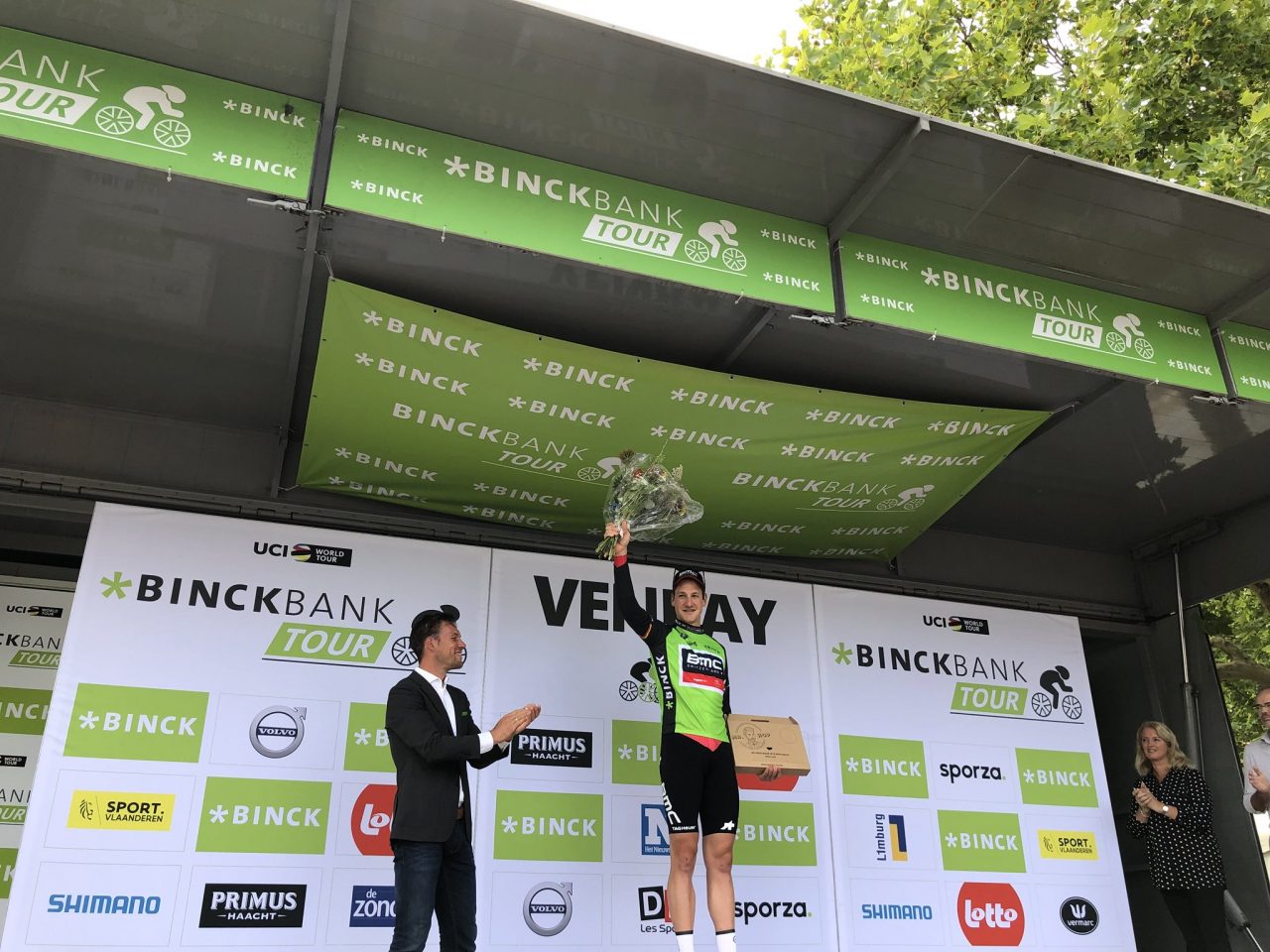 Stefan Küng has won the BinckBank Tour time-trial for the second year in a row. The Swiss BMC rider beat European champion Victor Campenaerts by 14 seconds on the 12.7 kilometer course in Venray.

European time-trial champion Victor Campenaerts was aiming high for his favourite discipline and promised fireworks. The Lotto-Soudal baroudeur delivered and took a second out of the Danish rider’s benchmark.

Küng does the double, also taking over the green leader’s jersey.