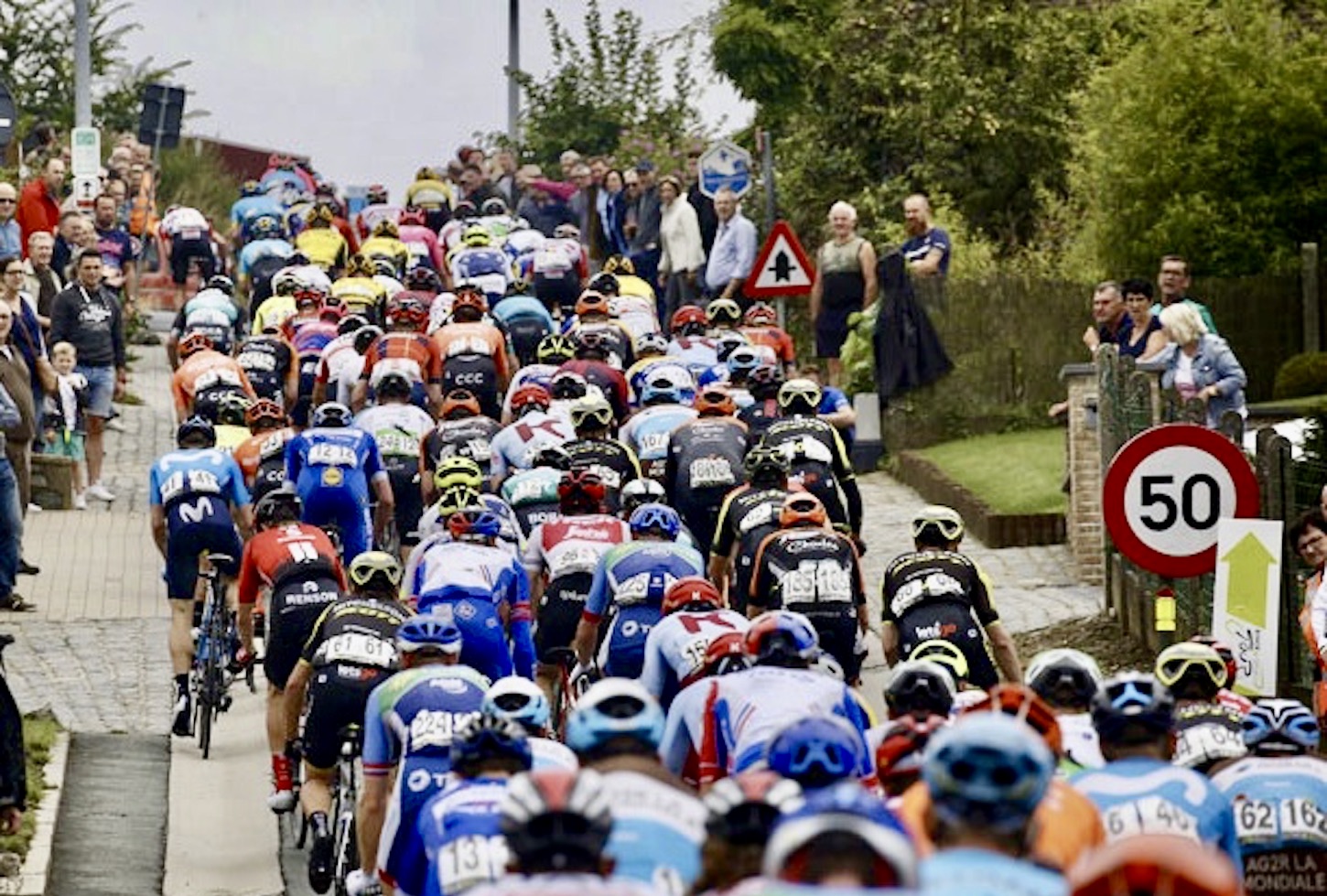 Mathieu Van der Poel won the 2020 BinckBank Tour with an exciting 50km solo attack on the last and decisive stage around Geraardsbergen with a tough final circuit including the ascents of the Denderoordstraat, Bosberg and especially the Tour des Flandres’ Muur van Geraardsbergen. The Dutch champion riding for Alpecin-Fenix took the last stage ahead of Belgian Oliver Naesen (AG2R La Mondiale) and Italian Sonny Colbrelli (Bahrain-McLaren), and secured his first general classification in a UCI WorldTour event, beating the Dane Søren Kragh Andersen (Team Sunweb) by just 4 seconds.

“It’s unbelievable to win the BinckBank Tour like this. It wasn’t my plan. It was way too early. I wanted to attack on the Muur but not alone. I felt great though. I had doubts because it was far but I decided to go all or nothing”, said the UCI Cyclocross World Champion in 2015, 2019 and 2020, and 2019 Dwars door Vlaanderen and Amstel Gold Race winner.

The 2020 edition of the BinckBank Tour was moved from its original dates in the first week in September and rescheduled to run from 29 September to 3 October, losing two stages for a new total of five and becoming an ideal build-up event for the one-day Flanders classics that will follow shortly afterwards. But just after Stage 1 the organizers had to change the schedule again due to new COVID-19 coronavirus restrictions in the Netherlands.

Three stages were affected: the second stage, a ITT in Vlissingen, was canceled; the start of Stage 3 in Philippine was lost, and the Stage 4 finish in Sittard. This resulted in a rest day after the first stage and a last-minute course made entirely in Belgium: a 3rd stage starting and finishing in Aalter and an 8.1km ITT in Riemst – originally set as a host city of a 195.4km stage.

“We are very happy to be able to help the BinckBank Tour with this,” said Riemst Mayor Mark Vos. “We have been working well together for nine years, so that extra effort must be possible. Logistics is a feat, but it only makes things more beautiful if we succeed. Everyone wins.”

The opening stage went to the Belgian Jasper Philipsen (UAE Team Emirates) in front of former UCI World Champion Mads Pedersen (Trek-Segafredo) of Denmark and the German Pascal Ackermann (Bora-Hansgrohe) who hit the front of the reduced group a little too early. Following the rest day, the 2020 BinckBank Tour podium reshuffled in Aalter. After a twisty and technical final part of the stage, Pedersen beat Philipsen, while Ackermann got third again. The Dane became the new race leader, returning to winning ways after his Tour de Pologne stage victory, the only one he gained while wearing the rainbow jersey.

The group faced an interesting and unexpected short 8.1km ITT on the fourth day, almost reaching the border with the Netherlands. The time trial started from Albert Canal near Kanne, and climbed the 600m long Slingerberg (6% average) before returning to Kanne. Exactly two weeks after his second stage victory at the Tour de France, Søren Kragh Andersen dominated the short and technical course, being the only rider to go under ten minutes with 9’59’’, ahead of two Swiss riders, the European ITT champion Stefan Küng (Groupama-FDJ) at 6” and Stefan Bissegger (EF Pro Cycling) with a 7” gap. Mad Pedersen finished fourth, 9 seconds back, and kept a lead of just 7” from Kragh Andersen before the last and decisive stage.

The final hilly and tough stage took place from Ottignies-Louvain-la-Neuve to Geraardsbergen with four tough laps around Geraardsbergen climbing three ascents of the Denderoordstraat, Bosberg and the legendary Muur van Geraardsbergen, a symbol of the Tour des Flandres, calling out the Classics specialists.

Van der Poel was the most awaited and he had a perfect chance to blitz the GC with 17 seconds to recover from Pedersen. The multifaceted rider placed his solo attack on the penultimate climb of the Muur van Geraardsbergen with 50km to go and pushed full gas. In the last passage under the finish line, the reduced chasing group – just 30 riders – had already a gap of 1’05”. Van der Poel gained 9 bonus seconds on the BinckBank Golden KM and only four chasers were able to resist after the last Bosberg climb: Kragh Andersen, Küng, the Belgian Oliver Naesen, and Colbrelli, with a 40” gap, while Pedersen was dropped. Van der Poel lost most of his advantage but managed to win the stage in front of Naesen and Colbrelli, conquering also the GC with a four-second lead over Kragh Andersen, who finished fourth.