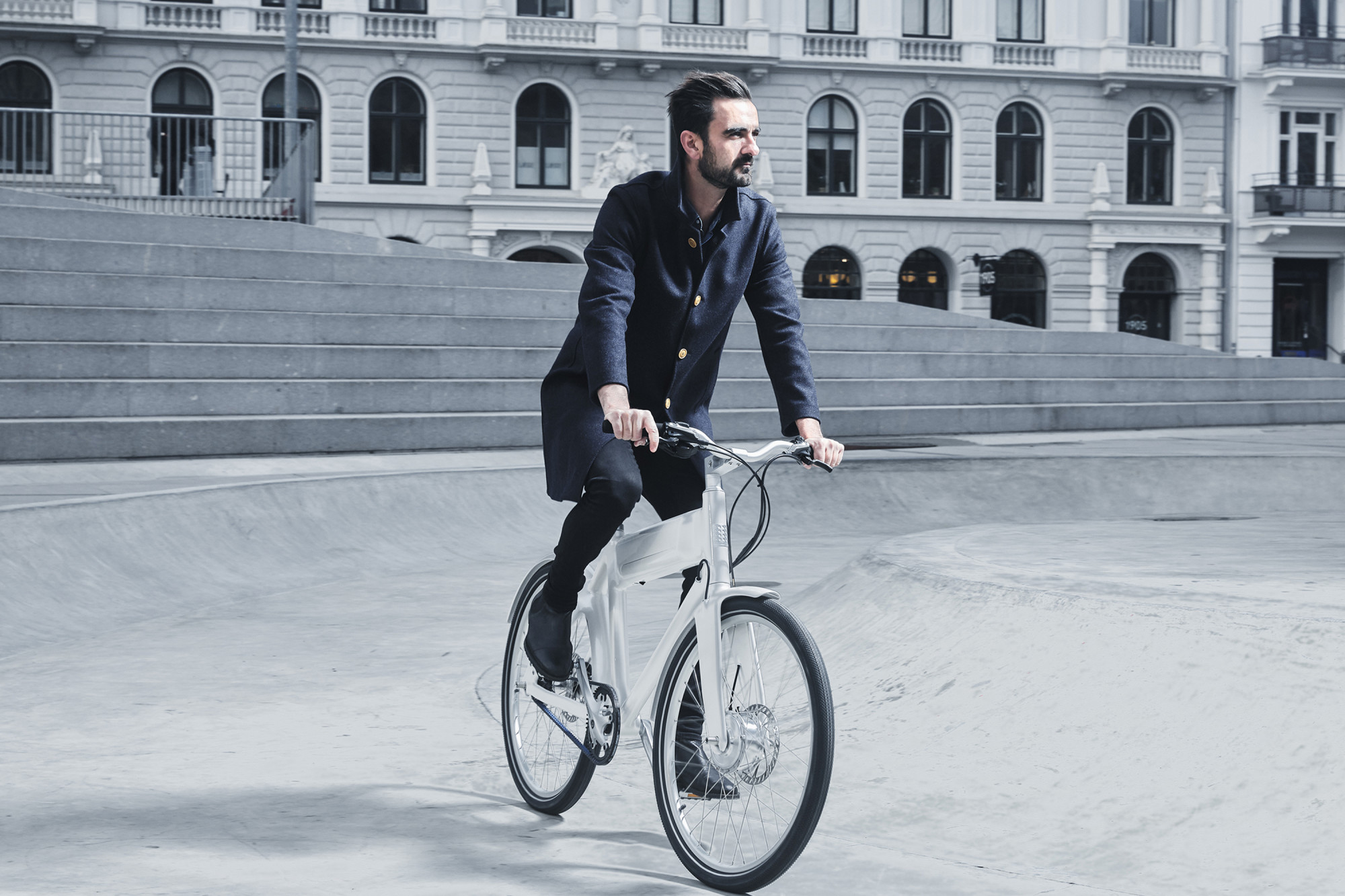 In a constant effort to improve personal transportation, Biomega has teamed up with Scandinavian design firm KiBiSi to bring you the OKO, an electric bike that aims to change how people navigate major cities.

“If the bike industry wants to compete with cars, it needs to be able to assert themselves by creating brands,” says KiBiSi co-founder Jens Skibsted.

“When it’s rush hour in a city, bikes are on average 40 percent faster than cars,” Skibsted says. However, he doesn’t believe that argument alone—which has been around for years—is compelling enough to convert commuters to daily cyclists. Cars and bikes are still going head to head.

“What form is going to win?” he says. “That’s the fight we’re in. The way bike people want to take that fight is, we’ll make things that work better. That is nonsensical because bikes have been working better than cars for decades—actually centuries. They are much, much faster than cars. They’re already dirt cheap. They don’t pollute. The bike industry would have already won if it was about functionality. So it’s about something else.”

The OKO features a frame that is made entirely out of carbon-fiber. But, perhaps it’s greatest feature, is the fact it’s been engineered in a way, that its 40-pound weight is distributed evenly, unlike most electric bikes which have their motors resting on the rear tire.

In fact, you’d be hard pressed to tell that this is an electric bike at all since KiBiSi did an astonishingly good job of integrating all of the electrical components—battery, motor, wiring—within the frame.

To accomplish this, Biomega custom manufactured many of the parts specifically for the OKO—down to the pedals—for a uniform presence.

A 250-watt motor propels the bike, and depending on how you ride, has a range of approximately 25 miles per charge – with two levels of assistance—economy and boost mode—to make pedaling easier.

While electric-powered vehicles were viewed as esoteric, Skibsted says that Tesla and BMW have helped to bring the energy source mainstream and that interest will spill over into biking.

“Suddenly electric is seen as something cool,” he says.

Removing some of the sweat factor that goes into bicycle commuting, is one reason why electric bikes are appealing from an urban planning perspective.

Indeed, studies suggest, that the further away a person lives from their place of work, or the more hilly the terrain, the less likely they are to bike. Skibsted says that cut-off radius is about six miles. Past that, the rate of bicycle commuting dips drastically.

“The hope is that an electric bike can extend that circumference,” he says. “Instead of having a six-mile radius, you could have a 12-mile radius. It would really impact how cities are affected by traffic.”

The OKO by Biomega is available for pre-order from Austere. Shipping is slated for December. Prices start at $2,295.